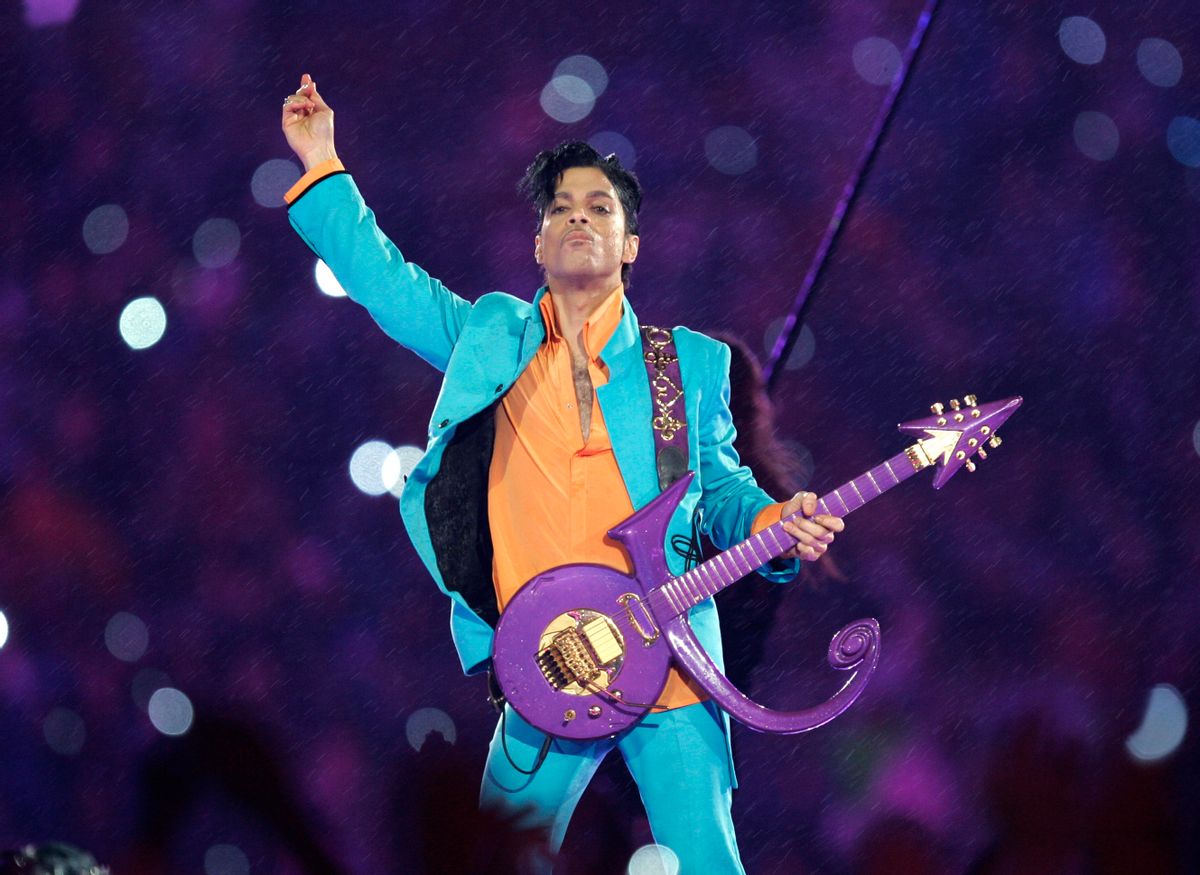 FILE - In this Feb. 4, 2007 file photo, Prince performs during the halftime show at the Super Bowl XLI football game at Dolphin Stadium in Miami. Prince, widely acclaimed as one of the most inventive and influential musicians of his era with hits including "Little Red Corvette," ''Let's Go Crazy" and "When Doves Cry," was found dead at his home on Thursday, April 21, 2016, in suburban Minneapolis, according to his publicist. He was 57. (AP Photo/Chris O'Meara, File) (AP)
--

Pop legend Prince is dead at 57, TMZ first reported. The musician reportedly died at his Paisley Park estate in Minnesota. Fans are mourning the star's passing, including celebrities who took to Twitter to post their feelings and experiences with the icon.

Katie Perry expertly summed up the general emotion of everyone who loved Prince. "And just like that...the world lost a lot of magic," she tweeted.

We rounded up some of the star's most iconic musical moments — take a look.