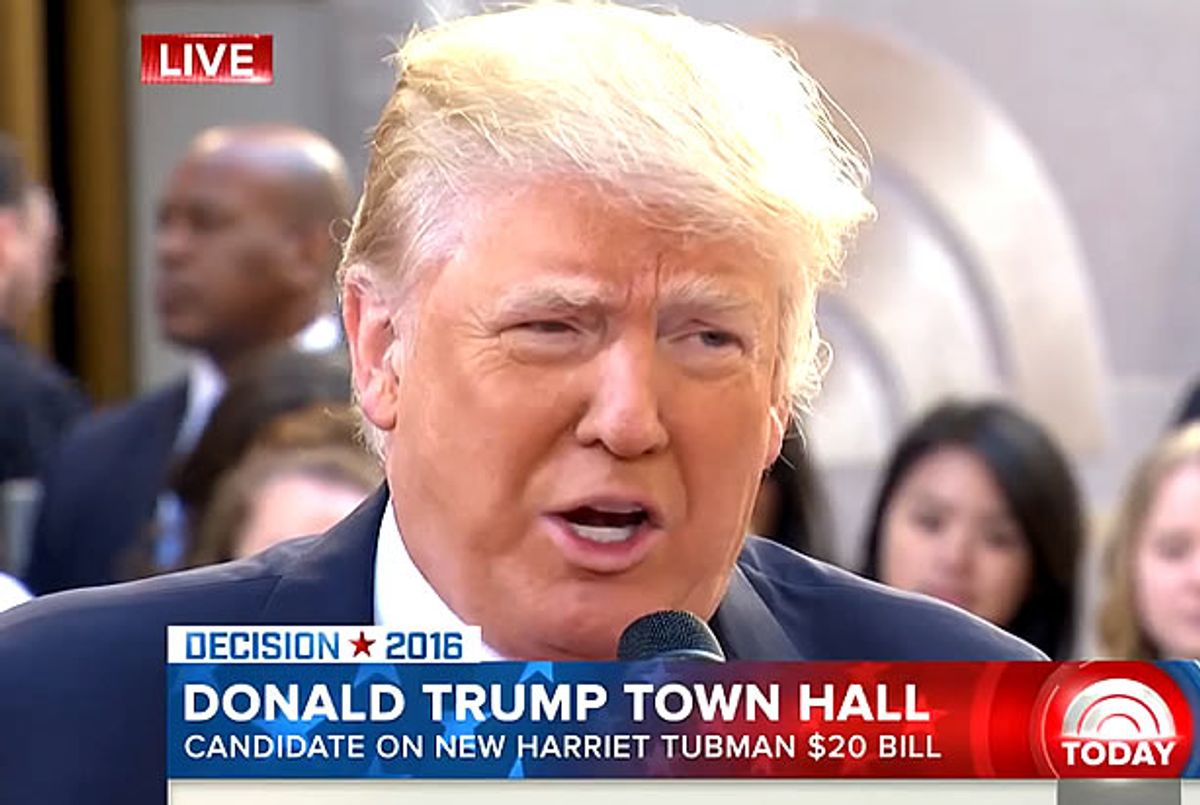 During his town hall meeting with Matt Lauer on NBC's Today showing Thursday morning, GOP front-runner Donald Trump was asked how he felt about replacing Andrew Jackson on the $20 bill with Harriet Tubman.

He went on to blame the success of Lin-Manuel Miranda's musical "Hamilton" for making it impossible for Treasury to swap out the $10 bill. "The Broadway play saved that one," he said, "and that means -- I mean, I think Harriet Tubman is fantastic, but I would love to leave Andrew Jackson."

"Maybe we need to do another denomination -- maybe we do a $2 bill," he said, before returning to Lauer's original question. "Yes, I think it's pure political correctness -- [Jackson's] been on the bill for many, many years, and really represented someone who was really important to this country."

"I would love to see another denomination," he concluded, "I think that would be more appropriate."

Watch the entire segment below via NBC News.