Hillary's primary success is a sham: Bernie Sanders will remain the true Democratic front-runner until the FBI finishes its Investigation 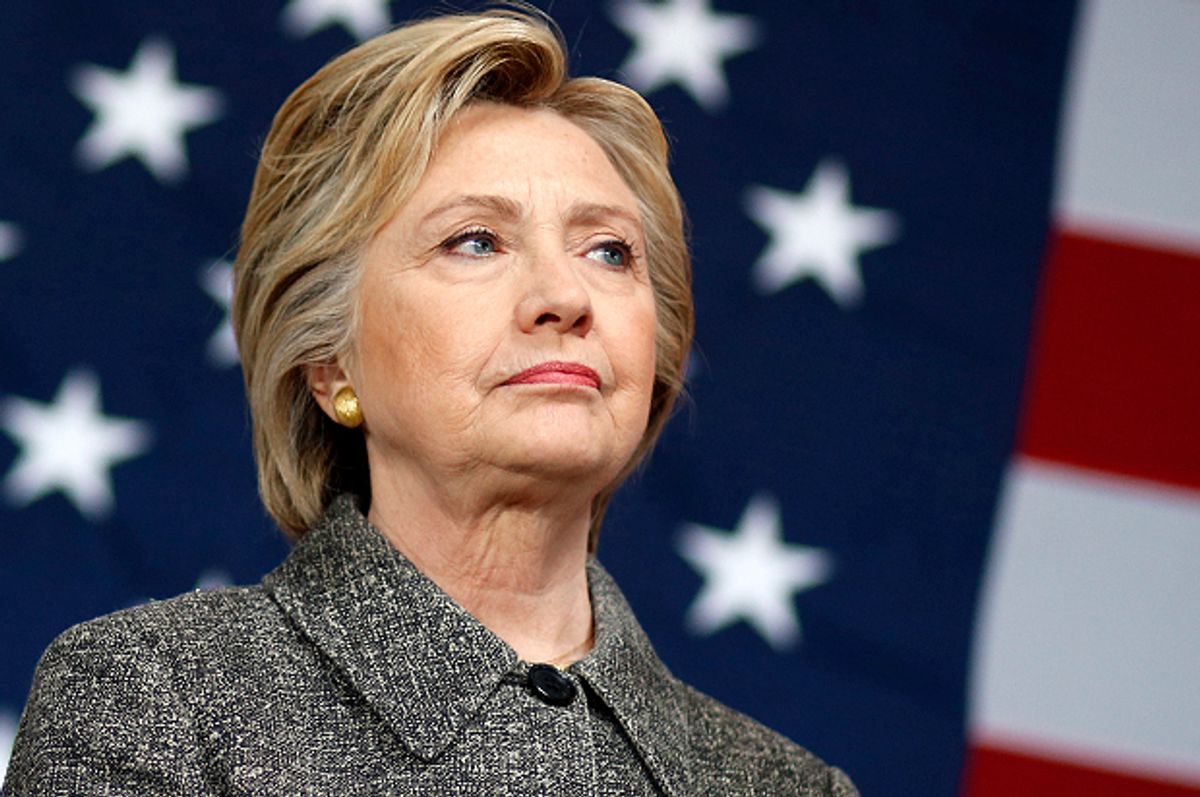 Bernie Sanders is the only Democratic candidate for president not linked to an FBI investigation. This used to mean something in American politics, but those days are gone. Today, I’m viewed as delusional, by the same people who think smart politics and qualifications entail endless scandals, poor decision-making on everything from major foreign policy decisions to Wall Street speeches, and ongoing FBI investigations. In truth, the only delusion is believing that a candidate at risk of DOJ indictments, and facing political repercussions even without these indictments, would make a great president.

Nonetheless, this election season has been a bizarre case study in group think and competing narratives. At first, Bernie couldn’t win and Hillary was inevitable. Now, Bernie almost won, but apparently lost because of New York, and the FBI is simply a minor speed bump on the road to the White House. Tomorrow, Clinton will claim victory is just around the corner, even without knowledge of the FBI’s verdict.

At the end of the day, Americans everywhere will realize that the rule of law applies to Hillary Clinton, and that honesty and integrity will propel Bernie Sanders to the presidency. The FBI’s reputation is at stake, both globally and at home, and I explain why in this YouTube segment. James Comey and the agents who’ve devoted endless hours to Clinton’s email investigation will soon disclose their findings to the American people; to think nothing will result from this year-long probe is naive. Remember, the FBI doesn’t give parking tickets.

We haven’t veered that far away from our former value system as nation, when possible criminal conduct meant the end of presidential campaigns, for the DNC to continue to back Hillary Clinton, even after the FBI recommends indictments.

The smartest people in the room are again saying that Bernie Sanders can’t win, even though they failed to predict he’d be only 1.4 points nationally from Clinton in April of 2016. Last year, I accurately predicted that Bernie Sanders would continue his surge in the polls, while most observers never imagined Vermont’s Senator already defeating Clinton in two national polls. Not long ago, there was the notion that party unity would save Democrats in November, if Clinton became the nominee. Again, I predicted that many Democrats would never support Hillary Clinton, and that figure is now much larger. The smart Democratic strategists also never imagined Bernie Sanders would have 1,149 delegates, even after New York, and certainly never predicted he’d defeat GOP competition by wider margins than Hillary Clinton. Once again, in almost all my writing advocating Bernie Sanders, I’ve made the case that Sanders would be here, at this point, and perform better against Republican challengers.

Most importantly, nobody in progressive politics took the FBI investigation seriously, even though I’ve addressed the issue since last year, before supporting Bernie and while I was backing Elizabeth Warren. For this reason, and not delegate math (that discounts the over 100,000 voters in Brooklyn who weren’t allowed to vote), there’s only one genuine front-runner in the race for Democratic nominee. You can’t start bringing up rules and delegate count, if voter suppression, rigged debates schedules, and overt foul play have been hallmarks of the 2016 Democratic Primary.

Bernie Sanders will remain the true Democratic front-runner, until the FBI finishes its year-long investigation of the Top Secret and classified intelligence found on Clinton’s private server. This concept is simple, but very difficult for Clinton supporters, and even many observers in the media to comprehend. To most supporters of the former Secretary of State, everything is a Benghazi committee, regardless of the severity of the controversy or questions surrounding Clinton’s decision-making.

First, the Clinton campaign would like nothing more than Bernie Sanders dropping out, and becoming the only candidate standing if the FBI recommends indictments for Clinton or her top aides. The narrative then would be that Democrats had to vote for Clinton, since there was nobody left standing other than the former Secretary of State. Luckily, Bernie Sanders has more than enough money to see this election through; all the way to the FBI’s vote.

Of course, the Hillary faithful can’t even fathom indictment, but it’s a real possibility; in fact, a likely repercussion the more you know about the email investigation. I

It’s not often that a political figure is both investigated by the FBI, and seen as qualified by voters; yet another bizarre aspect of Clinton’s 2016 quest for the White House.

More important than anything I have to say on the topic, Lt. General Michael Flynn has a profound viewpoint. Speaking to Jake Tapper on CNN, President Obama’s former head of the Defense Intelligence Agency makes the case for Hillary Clinton to “drop out” of the 2016 race:

Washington (CNN)President Barack Obama’s former top military intelligence official said Hillary Clinton should pull out of the presidential race while the FBI investigate her use of a private email server for official government communication while secretary of state.

Lt. Gen. Michael Flynn, the retired chief of the Defense Intelligence Agency, made the call in an interview with Jake Tapper on “The Lead.”

“If it were me, I would have been out the door and probably in jail,” said Flynn, who decried what he said was a “lack of accountability, frankly, in a person who should have been much more responsible in her actions as the secretary of state of the United States of America.”

...Flynn, who headed the Defense Intelligence Agency from July 2012 to August 2014, told Tapper that Clinton “knew better” given the roles that she has had as a senator, a secretary of state, “even back when she was married to the president of the United States, she was going to have privileged information in that regard.”

On the completely opposite end of the spectrum, pertaining to the intelligence community, both Obama’s former intelligence chief and Edward Snowden agree on Clinton’s email situation. Quoted in The Guardian, Snowden makes a similar case:

Edward Snowden has branded as “completely ridiculous” the idea that Hillary Clinton’s personal email server was secure while she was secretary of state...

“This is a problem,” Snowden said, “because anyone who has the clearances that the secretary of state has, or the director of any top-level agency has, knows how classified information should be handled.”

He added: “If an ordinary worker at the State Department or the CIA ... were sending details about the security of embassies, which is alleged to be in her email, meetings with private government officials, foreign government officials and the statements that were made to them in confidence over unclassified email systems, they would not only lose their jobs and lose their clearance, they would very likely face prosecution for it.”

Both Snowden and Flynn stated that they’d be in jail if they had acted like Hillary Clinton.

Again, two people on opposite ends of the political spectrum, who are experts on classified intelligence, state the same thing pertaining to the FBI’s investigation of Clinton’s emails.

Yes, America needs Bernie Sanders to stay in the race. Vermont’s Senator will win the Democratic nomination, primarily because his competitor can’t even type an email without scandal. It will be interesting to see the nationwide media frenzy once this story hits.