How bad can a Tinder date get?: Apparently "doesn't look like his picture, or just plain weird" is now grounds for an intervention

A pub offers to rescue women on "Tinder date[s] gone wrong," because our social skills are eroding fast 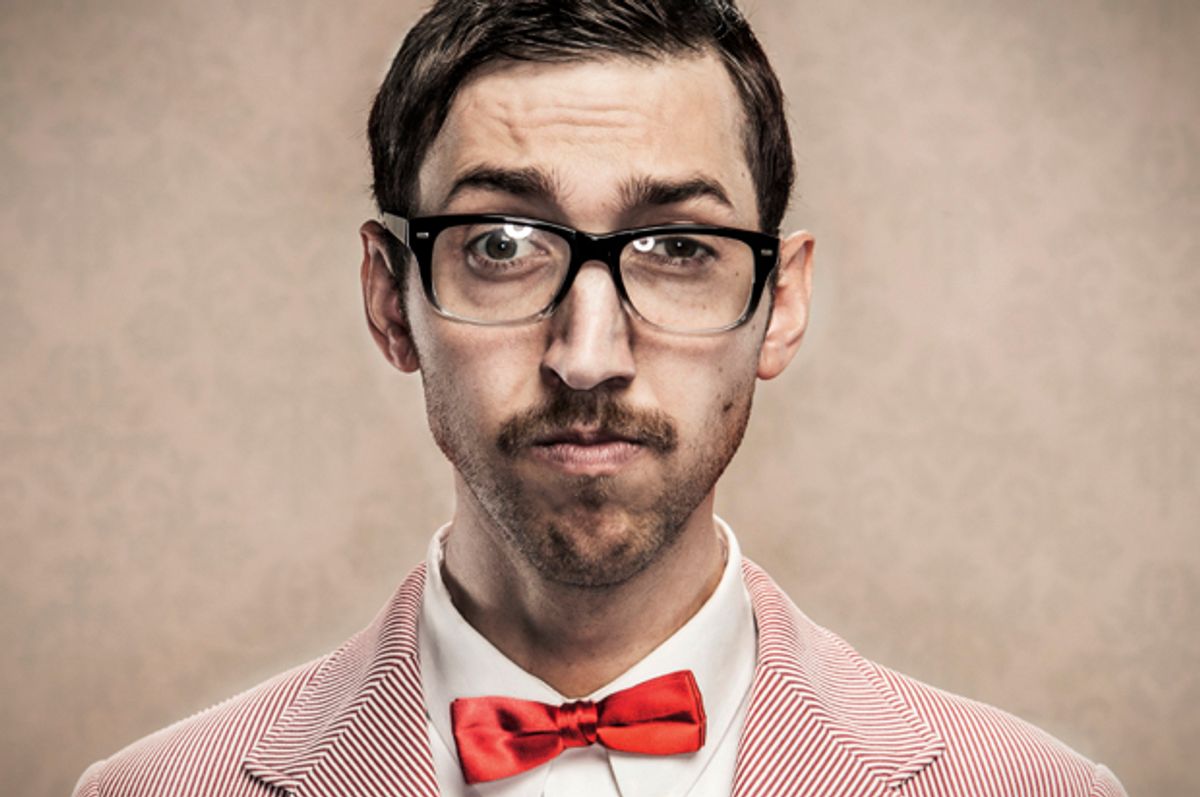 The dating game has never been an easy one: self-consciousness and stomach butterflies beget awkward eye contact and fumbled conversation that sometimes ends in romance and other times ends in cringe-inducing stories over brunch. We’ve all been on dates we wish would never end, and also on those we thought we’d thought we’d never get out of alive.

Fortunately for some, a London restaurant now vows to rescue women on bad dates. Brickyard, a pub just outside of London, features a framed sign in the ladies’ loo with a welcoming escape plan, should a date happen to not be going well:

Doesn't look like his picture, or just plain weird?

If you're on a bad date and it's not going well, come to the bar and ask for Rachelle or Jennifer and we'll get you out of it and/or get you a taxi.

Your safety and happiness is our highest priority.

If anyone is bothering you or making you feel uncomfortable please tell us. We will discreetly move them away, and if necessary, ask them to leave.

The Brickyard is safe and fun, we want you to enjoy your time here. Talk to us and we'll sort it out :)"

While it’s comforting to know an establishment has your back when it comes to warding off creeps, has dating really become so frightening and/or awful?

Bad dates are as much of a rite of passage as a bad haircut in college, but it seems the landscape of lust is becoming more and more bleak despite technological luxuries.

For all its popularity, Tinder, along with other dating apps, has stifled our social competence. We know how to create an enticing profile and send titillating pics, but how the hell do we actually treat each other on a date IRL? It’s unsettling to think that so many dates go wrong that patrons at Brickyard have a habit of wanting to escape out the back.

Maybe it has to do with unmet expectations. According to this recent infographic from Our World in Data, both men and women seek partners who are well-educated, good looking and also from similar backgrounds, traits which have all increased in value over the last century or so.

The chart also shows values that have declined in American dating culture from 1939 to 2008. Traits like chastity, emotional stability and maturity declined for both sexes, creating a weird collection of criteria we seem to be collectively seeking. We’ll excuse immaturity and weather emotional storms as long as the person is smart, attractive and willing to put out.

The data provides an almost-perfect formula for romantic disaster. How can dates not fail with such a dysfunctional set of values?

I’ve written a lot on the decline of functional relationships, and while technology plays a hand in it, it’s not the sole cause. Technology facilitates infidelity in relationships the same way fancy calculators allowed you to cheat on math tests in high school with a few sneaky maneuvers. We have apps that let us check to see if our beloved is active on Tinder and mattresses that notify us of bedroom activity we’re not a part of. As our identities have evolved, our ability (and worthiness) to trust have seemed to decline alongside other traits like loyalty and desire for a one-and-only.

Glamour recently interviewed Brooklyn Sherman, creator of the Instagram account “The Way We Met,” to find out how couples are meeting and surviving. Sherman explained putting yourself out there and listening to instincts play as big a role as serendipity and compatibility.

“These people took the time to get to know the person in front of them instead of getting distracted by the prospect of the thousands of other people they could be dating if they started swiping on their phone. They gave the person they were with a chance, and because they did, they felt a spark, and went all in. That takes courage—and nobody falls in love without it.”

I don’t think we’ll ever have a perfect algorithm for dating (how boring if we did), but I do think we can do better. It’s our behavior both online and IRL that contributes to the success and destruction of relationships, and holding ourselves accountable for expectations -- realistic or otherwise -- can lead to more fulfilling dating experiences. At the very least it’ll keep us from escaping out the back door.