Prince's majestic final concert: "A rare opportunity to witness the raw musicality that pulses through his veins" 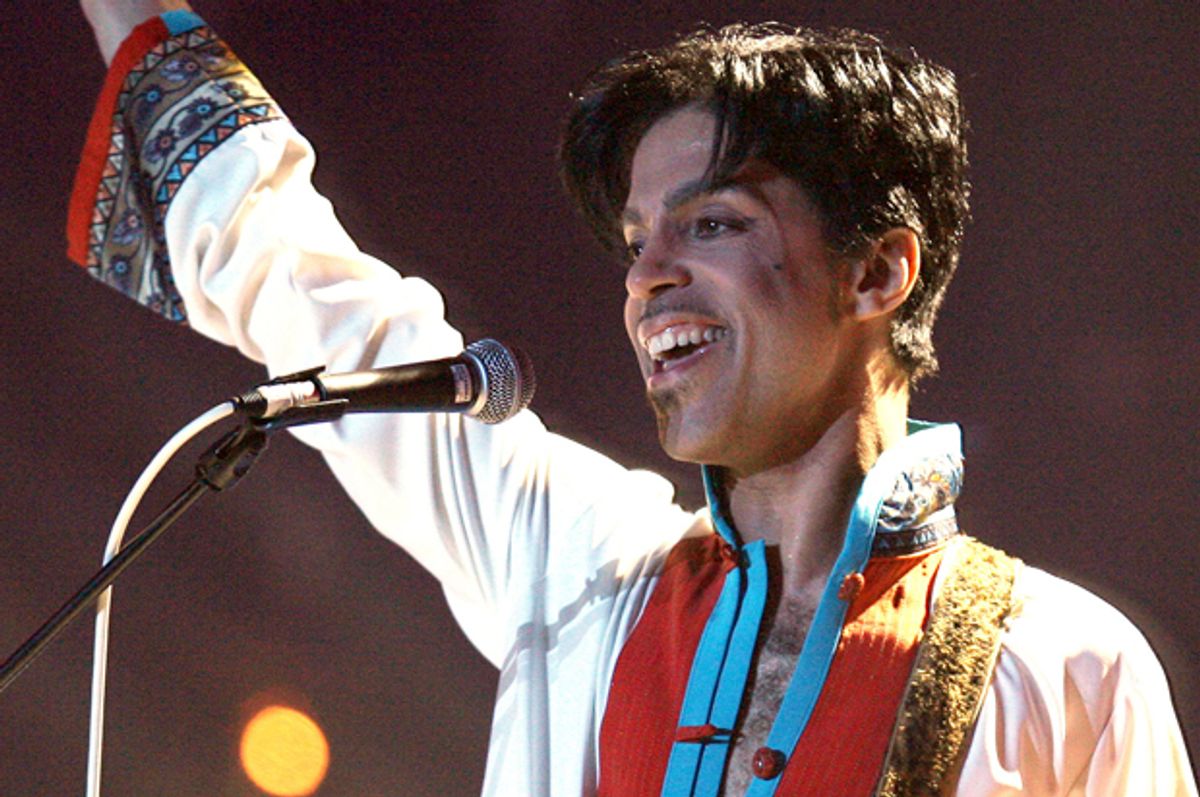 Prince, played his final show on April 14 at the Fox Theatre in Atlanta, Georgia, before passing away Thursday at his home in Minneapolis, Minnesota. Below is a picture of a ticket for the show, which had been cancelled and rescheduled for the next week after it was reported Prince had contracted the flu:

Atlanta Journal-Constitution music critic, Melissa Ruggieri, said Prince "took his disciples to church with a set that resonated intensely" during his penultimate performance (earlier that same evening, at 7:00PM):

"As he stood silhouetted against – what else? – a purple light, with only his puff of hair, diminutive frame and cane visible, the fans in the Fox Theatre bounded to their feet as if they were welcoming the Messiah.

"Prince the performer is a well-documented master. This was a rare opportunity to witness the raw musicality that pulses through his veins."

Bonnie Stiernberg, who reviewed the show for Paste Magazine, similarly described Prince as looking like "he'd made a full recovery" from his ailment.

"Would we really expect any less, though?" Stiernberg wrote. "We all know Prince isn’t fully human—the man hasn’t visibly aged in 30 years, so why should we be surprised that seven days after being ill, he’s reaching mind-blowing high notes on 'A Case of U' that artists half his age would struggle to hit?"

Among those in attendance (some of whom paid upwards of $1,000 "for the best seats," according to both Stiernberg and Ruggieri) was Grammy Award-winning singer, Judith Hill, made famous as Michael Jackson backup singer by the 2013 documentary film "20 Feet from Stardom":

The 17-song early set lasted only 80 minutes but featured two decoy encores and a cover of Vince Guaraldi's "Linus and Lucy" (better known as the Peanuts theme song) and a tribute performance of David Bowie's "Heroes." Keeping with the thematic of his Piano and a Microphone Tour, Prince was accompanied onstage only by a purple baby piano and a microphone.

An Atlanta NBC affiliate posted some photos of the show -- though cameras were not allowed during the concert.

The setlist for the earlier of two sold-out shows, as recreated from Stiernberg and Ruggieri's accounts:

"The Most Beautiful Girl in the World"

"I Wanna Be Your Lover"