Ted Cruz is America's most desperate fanatic: Why he's unlikely to give up his (probably doomed) quest for the nomination 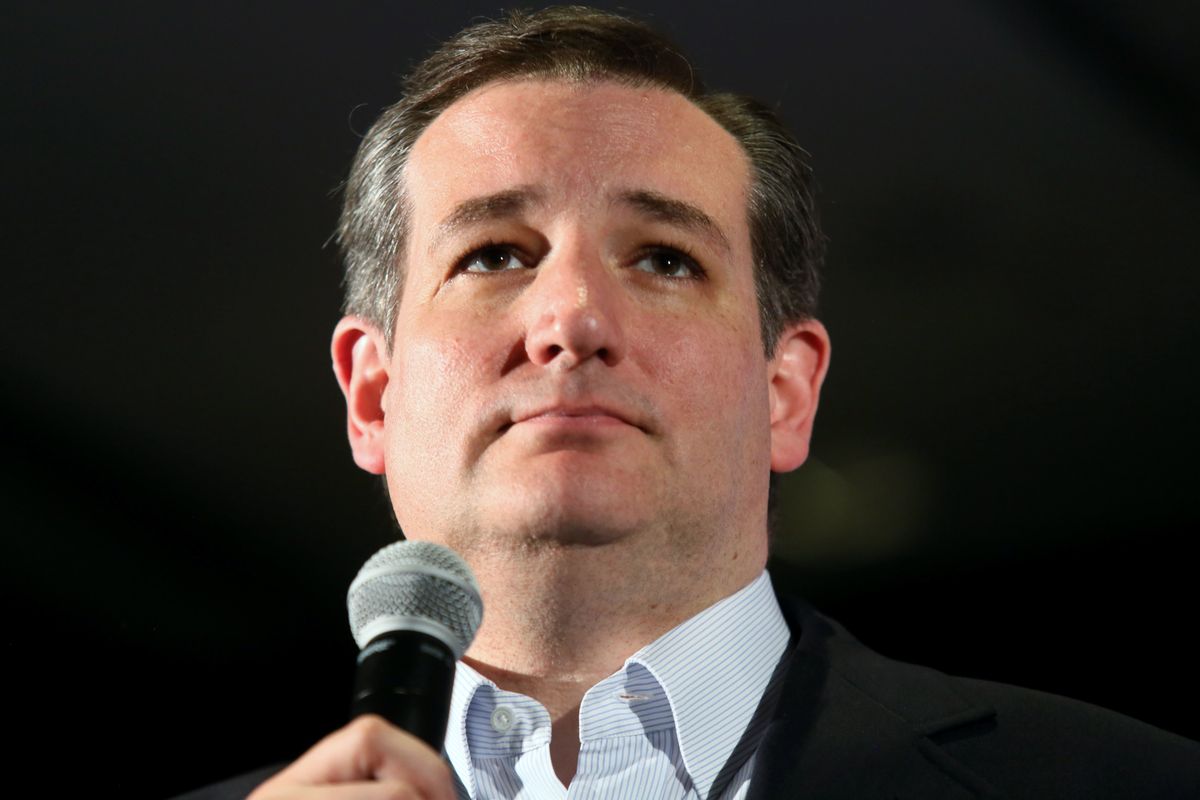 Tuesday was a very satisfying day for the legions of Ted Cruz haters in America. The Texan so oily you can safely assume he bathes in his state’s most abundant natural resource did not just get destroyed in the New York Republican primary. He was rolled over and crushed into powder by a gilded bulldozer named Donald Trump, which then backed up and rolled over him again. Consider the following:

New York Rep. Peter King, himself one of the most loathsome members of Congress, kicked off the morning by declaring that he would swallow cyanide if Cruz is the Republican nominee. As tempting as it is to root for Cruz on this basis, just to see if King follows through on his declaration, the country has a better chance of surviving two more years of King in Congress than we do four years of Cruz in the White House with access to the nuclear codes and his raging theocratic lunatic of a father camped out in the Lincoln Bedroom. But it was still funny to see King so fired up. For what it’s worth, he voted for John Kasich, who came in second.

To bookend Cruz’s day with another slam from a congressional colleague, Sen. Elizabeth Warren took to Facebook to call him a whiny, sniveling loser. (I’m paraphrasing.) Personal dislike of Cruz is funny, but Warren took him to task over policy, revealing his to be a mishmash of empty sloganeering. That was much more satisfying.

In between the reminders of how much his congressional colleagues hate him, Fox’s Sean Hannity berated Cruz live on his radio show over the candidate’s constant sniping at Trump. Why Hannity found this weird is beyond me. Cruz and Trump are in the middle of a hotly contested primary. Sniping at each other comes with the territory. I’m assuming Roger Ailes, Hannity’s Fox News boss, has sent out the word to start consolidating behind the frontrunner.

The best part, if you listen to that radio segment, is that both Hannity and Cruz have a point! Hannity is speaking for millions of Republicans who are confused about how Cruz’s team can come in and snag delegates away from Trump weeks and months after the voters went to the polls, and think the Texan is overturning the will of the voters. Cruz is correct that Hannity is asking a process question when voters are mostly more concerned with his plans for bringing jobs back to America and defeating ISIS. His secondary point, that he is organized and ready for this campaign while Trump has been a disorganized mess, was likely less compelling to Trump’s fans. But Cruz and Hannity both really seemed to get under each other’s skin during this back-and-forth. The civil war in the Republican Party is getting worse and worse each day.

To top off all of this, at the end of the day New York voters handed Cruz a resounding defeat. It was not a huge surprise that Trump won. He is the state’s native son and had been leading in the polls for months. Cruz’s brand of hardcore conservatism was never going to play in New York, where exit polls indicated 40 percent of GOP primary voters would not vote for him if he is the nominee, versus 27 percent for Trump.

But the magnitude of the drubbing was still startling. Cruz finished more than 10 points behind Kasich and 46 points behind Trump. He came away with no delegates while Trump netted 89, putting his lead over Cruz back up to nearly 300.

To top it off, Cruz lost one district to Ben Carson, who dropped out of the race almost seven weeks ago but had failed to take his name off the ballot in New York. That had to hurt.

Then the AP declared that it is now mathematically impossible for Cruz to win enough delegates to beat Trump on the first ballot in Cleveland. Normally when a candidate hits that point, it’s all over except for the concession speech.

But Ted Cruz is no normal candidate. Thanks to some of the remaining primaries allocating delegates proportionally, he still has an outside chance of keeping Trump from getting to that magic delegate number of 1,237. And he has no apparent intention of giving up his dream of delivering the nomination acceptance speech he has probably been practicing in front of a mirror since he could first speak in complete sentences.

So that is what he will spend the rest of the primary season doing. Even before the votes had all been counted in New York, his campaign was signaling it will turn its attention to next Tuesday, when five states will go to the polls. Cruz will focus on Maryland and Pennsylvania, the two big prizes. Pennsylvania in particular has some unbound and at-large delegates that Cruz can maybe pick off through the same kinds of shenanigans that he has employed in other states. Once again, his campaign has been the most organized in the delegate-wrangling arena.

Of course, this plan also gives Trump fresh ammunition for his constant harangues about a “rigged system” that will discount the popular vote to take the nomination away from him. But can anyone imagine Ted Cruz letting something as trivial as the “will of the voters” get in the way of his ambition? I thought the fact that you can practically see it surrounding him at all times like a vaporous mist was part of his appeal to his supporters.

It is possible Cruz’s financial backers will step in and shut him down. Or maybe, for all the fronts he’s putting up, he knows in his heart that the party has mostly rejected his candidacy, and it is only a matter of time before he admits it. But at this point, with the failure of the vaunted “Never Trump” efforts, Cruz may see himself as the last remaining defender of the Republican Party’s virtue. A crusader like that will need to lose on the convention floor before he’ll admit defeat.

It’s hard to see how this could have worked out any worse for the GOP, with an angry racist pumpkin facing off for its presidential nomination against an arrogant theocrat who believes it is his God-ordained destiny, live on television in front of the world, with many of the party’s elected officials staying away for fear some of the stench and blood will splatter on them. The rest of us are going to need plenty of popcorn to nourish us through this spectacle.