The Panama Papers reveal scandalous hypocrisy: The leak's reminded us that governments make it all too easy for the super-rich to hide their money

Rich Americans doesn't need to turn to Panama, they can just easily stash money in Delaware and Nevada 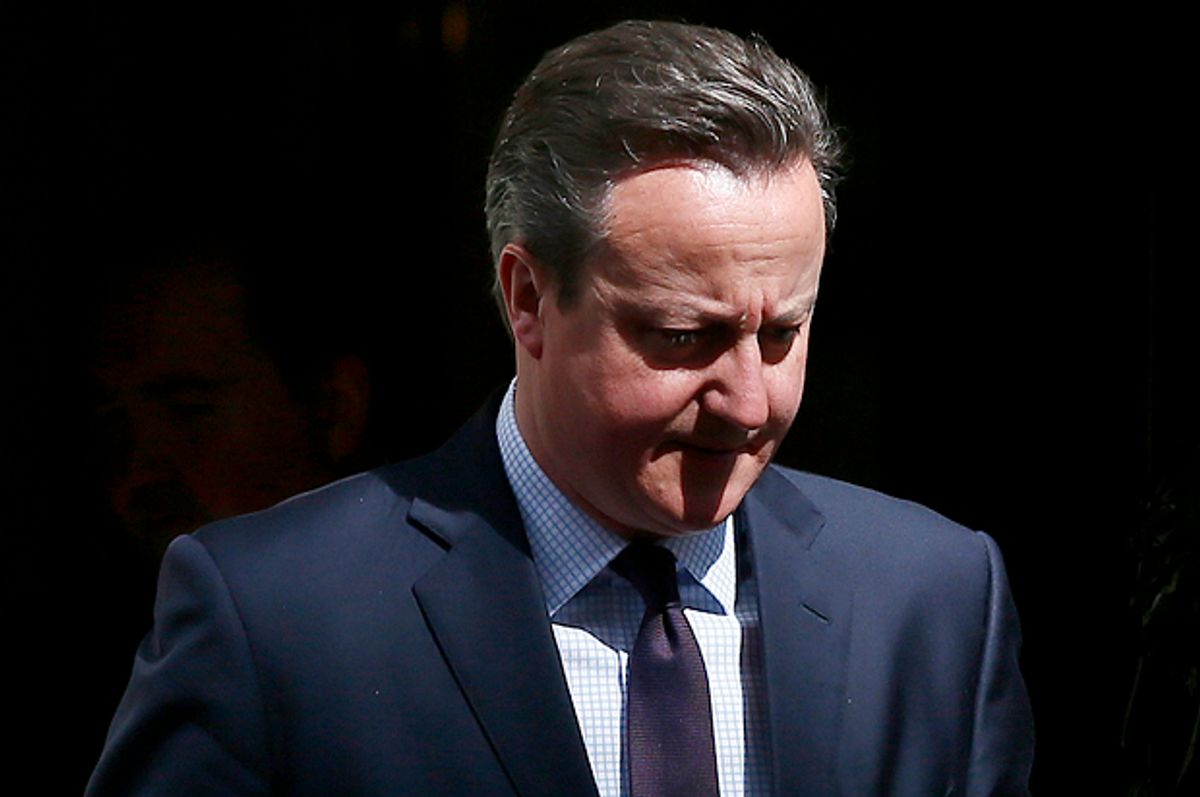 We're now bearing witness to this latter phenomenon, for a whole menagerie of political critters have recently been screeching and scrambling after being backed into a corner by the "Panama Papers." This is a trove of thousands of internet documents leaked to global media outlets, revealing that assorted billionaires, rich celebrities, corporate chieftains, and -— yes — pious public officials have been hiding their wealth and dodging the taxes they owe by stashing their cash in foreign tax havens. Of course, we've known for a while that tax dodging is a common plutocratic scam, but the details from the leaked files of an obscure Panamanian law firm named Mossack Fonseca now gives us names to shame.

One is David Cameron, the ardently conservative prime minister of Britain, who has loudly declaimed tax sneaks in public. But -- oops! -- Now we learn that his own super-wealthy father was a Mossack Fonseca client, and that David himself has profited from the stealth wealth he inherited from the elder Cameron's secret stash.

Trapped by the facts, the snarling, privileged prime minister used middle-class commoners as his shield, asserting that critics of his secluded wealth are trying to "tax anyone who [wants] to pass on their home... to their children." Uh-uh, David - we merely want to tax those who try to pass-off tax frauds on the public.

One of Cameron's partisans even claimed that critics "hate anybody who has a hint of wealth in them." No, it's the gross, self-serving hypocrisy of the elites that people hate. Yet now, doubling down on their hypocrisy, Cameron & Company have announced that they'll host an anticorruption summit meeting to address the problem of offshore tax evaders!

The global web of corruption involving thousands of super-rich tax dodgers and money launderers that the Panama Papers reveal is an explosive scandal — yet, interestingly, very few names of the moneyed elite in our country have surfaced as players in Mossack Fonseca's Panamanian shell game. Perhaps US billionaires and corporations are just more honest than those elsewhere.

Ha-ha-ha, just kidding! Not more honest, just luckier. You see, America's conniving richies don't have to go to Panama to set up an offshore flim flam -- they have the convenience of hiding their money and wrongdoings in secret accounts created right here in states like Delaware and Nevada.

The New York Times notes that it's easier in some states to form a dummy money corporation than it is to get a fishing license. Indeed, the ease of doing it, and the state laws that provide strict secrecy for those hiding money, have made the U.S.A. a global magnet for international elites wanting to conceal billions of dollars from their own tax collectors, prosecutors... and general public.

State officials in Delaware even travel to Brazil, Israel, Spain and other nations to tell "the Delaware story," inviting rich foreign interests to stash their cash in corporate hideaways that the state sets up, no questions asked. Likewise, Nevada flashes a dazzling neon sign inviting the global rich to incorporate their very own shell corporations there, promising -- shhhh -- "minimal reporting and disclosing requirements." The money-hiding industry is so hot in Nevada that it attracted none other than Mossack Fonseca to get in the action by opening a branch office there.

The law firm is being branded as a criminal enterprise for the rich. OK, but it shares that shameful brand with our own state governments.