They only want to honor white men: The pathetic conservative meltdown over the Harriet Tubman $20 bill exposes the right's petty identity politics 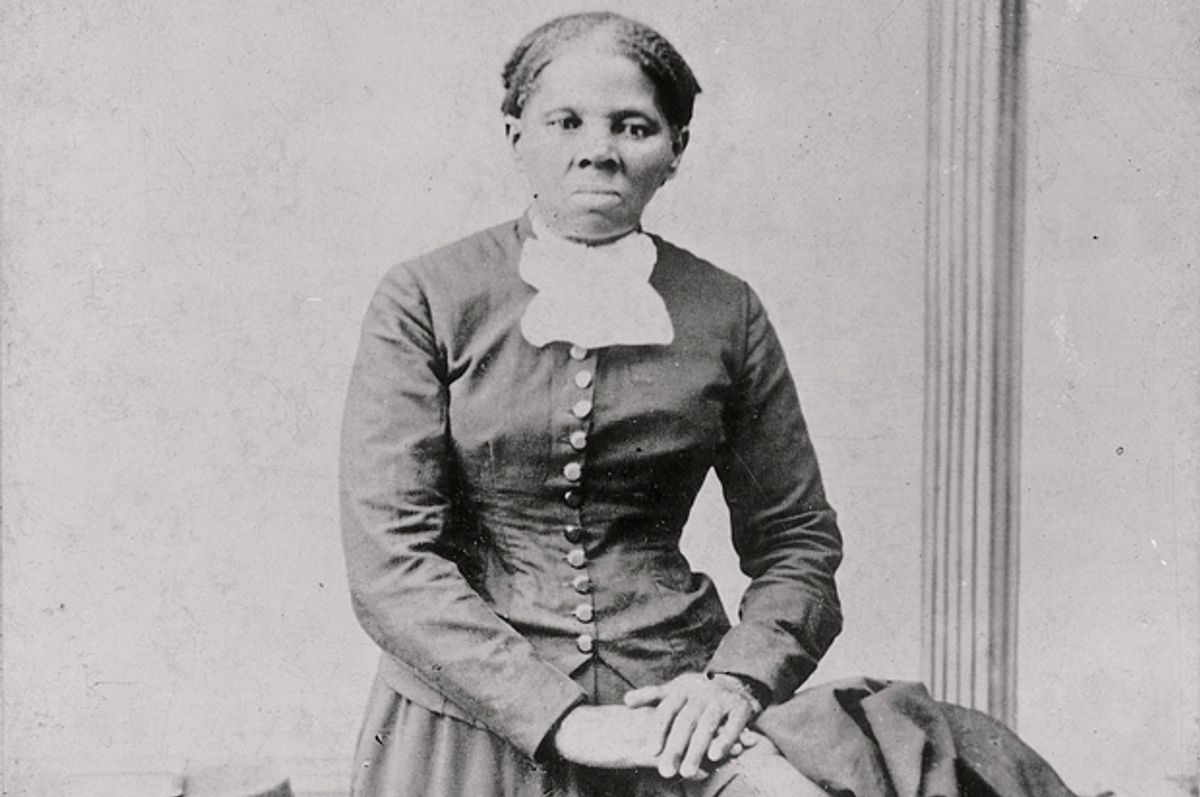 On Wednesday, the Treasury Department unveiled a plan to redesign the $20, $10, and $5 bills to better reflect American history, moving some of the (all white, all male) former presidents around on the bills and making room to put luminaries like Harriet Tubman, Martin Luther King, and Eleanor Roosevelt on various bills. The biggest shift will be Tubman, who helped create and run the Underground Railroad for escaped slaves, gracing the front of the $20 bill, kicking Andrew Jackson to the back.

(Why Jackson, the Donald Trump of his time — except more genocidal — needs to stay on the bill is another question altogether.)

The Treasury's decision should be non-controversial. After all, we all agree that history is made by more than presidents (plus, the $100 bill has a non-president on it, which confirms this is a shared belief), and that people other than white men exist and matter. Don't we? You'd be hard-pressed to find anyone who disagrees publicly with these contentions, except perhaps on some Twitter accounts that Trump keeps retweeting.

Yet, in a move that was entirely predictable, right wing pundits are in meltdown, proving beyond a shadow of a doubt that, regardless of any surface claims to believe in equality, the reality is that they adhere to the belief that white men are the only ones who really matter and the rest of us are just the supporting cast.

The strategy that modern conservative propaganda uses, when called upon to rationalize overt racism and sexism, is to get conservative women and people of color to express the sentiments. It's a cheap and obvious but unfortunately effective ploy, and one that was immediately employed by the folks at Fox News to appeal to their audience members who want to hear why they aren't bigots, even though they revolt at women and black people on money.

Greta Van Susteren played her part to the hilt on Fox Wednesday night, even going so far as to say that she's "a feminist", before offering an opinion that disproved this contention.

"Rather than dividing the country between those who happen to like the tradition of our currency and want President Andrew Jackson to stay put and those who want to put a woman on a bill," she argued.

Denying women the vote, keeping women from working, putting women in the stocks for having a sharp tongue, treating women as subhuman property of men are also "traditions," you know. The whole point of being a feminist is refusing to accept that tradition trumps a woman's right to equality. But beyond just that, appeals to tradition are considered a logical fallacy for a good reason. The idea that we should keep doing a stupid and harmful thing because we have done it that way in the past isn't a grand and noble idea. It's refusing to learn from experience.

Of course, no one actually buys this argument, not really. The folks waxing poetic about the impropriety of change when it comes to the currency probably aren't writing their sentiments on parchment paper with quill pens. The only time they cling to tradition is if the tradition flatters their prejudices, in this case the prejudicial belief that only white men can be great Americans.

Van Susteren pretended to be open to compromise by arguing that Tubman should go on a new bill, recommending a $25 denomination. This gambit is quickly becoming a popular one for conservative pundits and politicians who are pandering to white men who think that having only white men on their money somehow makes them superior people by association.

Ben Carson, doing his duty of offering cover for racist opinions, argued on Fox News, "I love Harriet Tubman. I love what she did, but we can find another way to honor her. Maybe a $2 bill."

“Maybe we need to do another denomination — maybe we do a $2 bill,” Trump told Matt Lauer. “Yes, I think it’s pure political correctness — [Jackson’s] been on the bill for many, many years, and really represented someone who was really important to this country.”

If it's not obvious what they're doing here, let me spell it out for you: They're pretending to be generous by offering to put Tubman on money that either doesn't exist or people don't use. The implication is that it's only okay to honor women of color as long as you simultaneously assert that white men are still better.

This becomes doubly obvious when you consider what a monster Andrew Jackson was: Genocidal, racist, and corrupt. To suggest that a woman who was a spy for the Union army, an abolitionist, and a woman's rights activist is somehow lesser than Jackson only makes sense if you just assume that white men are the best and everyone else is second class.

That there's so much tantrum throwing over what is ultimately just a symbolic gesture says a lot about the current state of American politics. The left gets criticized a lot for "identity politics," but nothing the left does can even come close to touching the petty identity politics that lead one to demand that money be reserved for white men only, because your fragile sense of self is so violated by the idea that anyone else could have made contributions worth honoring.

One thing is for certain, the reaction to this proves feminists right. Feminists have long argued that better representation matters, and while symbolic gestures like putting women and people of color on money may not do anything in the immediate future to improve people's lives, the psychological effect of saying, "These people matter, too," can gradually help lessen prejudice. The panicked reaction from the right suggests that they agree, even though what feminists are hoping is true is what conservatives fear is true.