Death threats from Trump supporters: They're going after Republican delegates — and Trump's rhetoric is clearly to blame 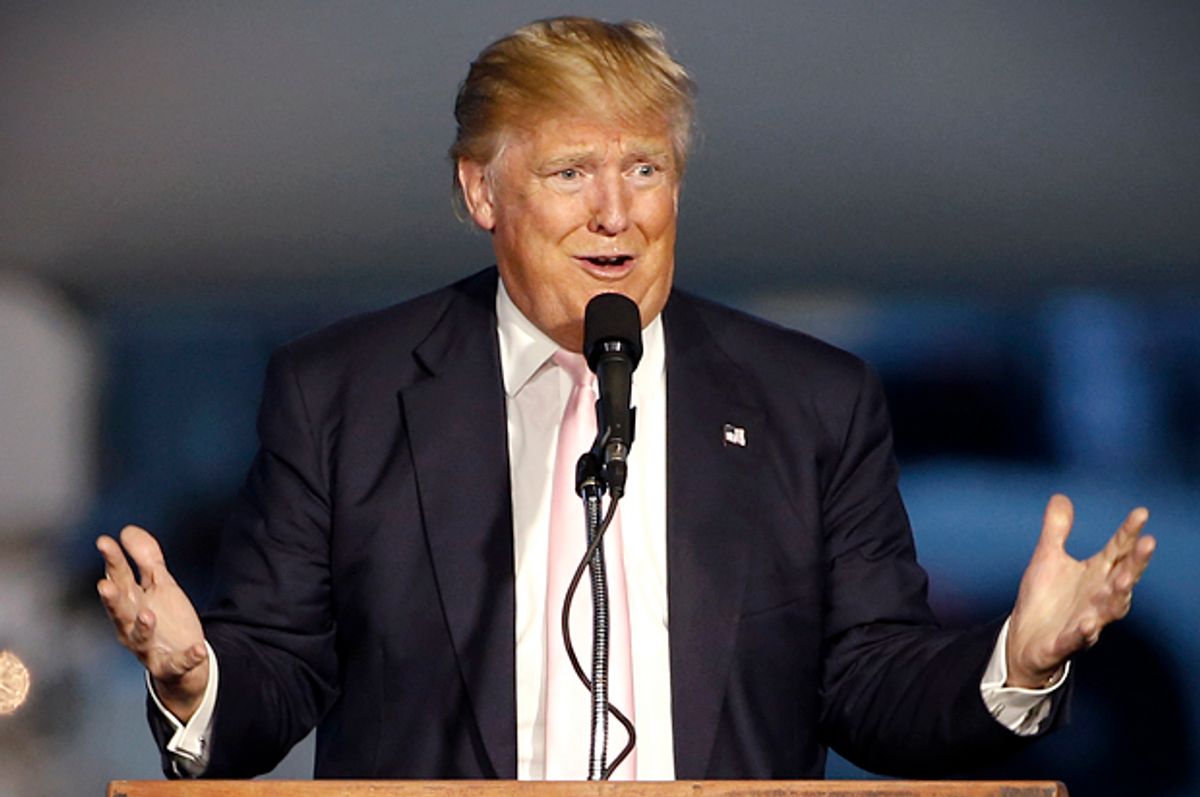 Donald Trump is a uniquely dangerous presidential candidate. Although we learned this week that he's been playing a “part” all this time, his incendiary rhetoric has been all-too-real.

Until very recently, the average Trump speech has been a veritable grab-bag of xenophobic slurs and nationalist platitudes. Whether Trump means anything he says is irrelevant. What's true in any case is that the angry hordes at his rallies believe him. If you whip people into a frenzy for long enough, action invariably follows. That's what makes the demagogue such a dangerous actor: What is mere pandering to him is deadly serious to the discontents on whom he preys.

Which is why this new Politico report detailing how Republican delegates are now facing death threats from Trump supporters is hardly surprising. Trump has spent most of his campaign raising the stakes of the election. America is on fire, he seems to say. We need saving. The crooked establishment and the stupid politicians have mucked everything up, and Trump's here to fix it.

Trump's Wall Street Journal op-ed last week was a perfect example of his anti-establishment shtick. “Let me ask America a question,” he wrote. “How has the 'system' been working out for you and your family? I, for one, am not interested in defending a system that for decades has served the interests of political parties at the expense of the people. Members of the club – the consultants, the pollsters, the politicians, the pundits and the special interests – grow rich and powerful while the American people grow poorer and more isolated.”

If you're a diehard Trumpite, that op-ed reads like a clarion call. The country's on the precipice, and we have to action now. Worse still, not only is everything backwards, it turns out the fat-cats and the political elites are working in concert to enrich themselves at the expense of you, the average, hard-working American. The feverish rage percolating at Trump rallies make sense against this backdrop.

It also makes sense that Trump's supporters are reacting hysterically to reports that the Republican Party might look for ways to undermine Trump at the convention. Steve House, chairman of the Colorado GOP, received an email from a Trump voter threatening his family which read “pray you make it to Cleveland.” He's also been called by an anonymous person telling him to kill himself and that he'd “call back in two minutes and if you're still there, I'll come over and help you.”

These threats were made shortly after the Republican state assembly in Colorado denied Trump any delegates and instead handed them to Ted Cruz. In the last two weeks, House has been the recipient of 4,000-5,000 calls on his cell phone. Many of these have been cordial, others have been violent and turned over to the police to investigate.

Politico's Eli Stokols and Kyle Cheney report that House isn't alone. “In hotel hallways and across dinner tables,” they write, “many party leaders attending this week's meetings shared similar stories. One party chair says a Trump supporter recently got in his face and promised 'bloodshed' if he didn't win the GOP nomination. An Indiana delegate who criticized Trump received a note warning against 'traditional burial' that ended with, 'We are watching you.'”

It's reasonable to expect more of this as we approach the convention. Trump may walk back his anti-establishment rhetoric in order to curry favor with party insiders, but the die is cast: He's made toppling the system the cause celebre of his campaign. He's incited fear, exaggerated threats, and explicitly endorsed violence at his own rallies.

If Trump enters the convention with a plurality of votes, as he almost certainly will, and is somehow usurped at the last minute by the very “establishment” he's accused of ruining the country, is it any surprise if his supporters react violently?