The Prince song too hot for the strip club: Why the Purple One is always a go-go bar DJ's go-to jam

For a gentleman's club DJ, there is no more versatile and effective soundtrack for the stage 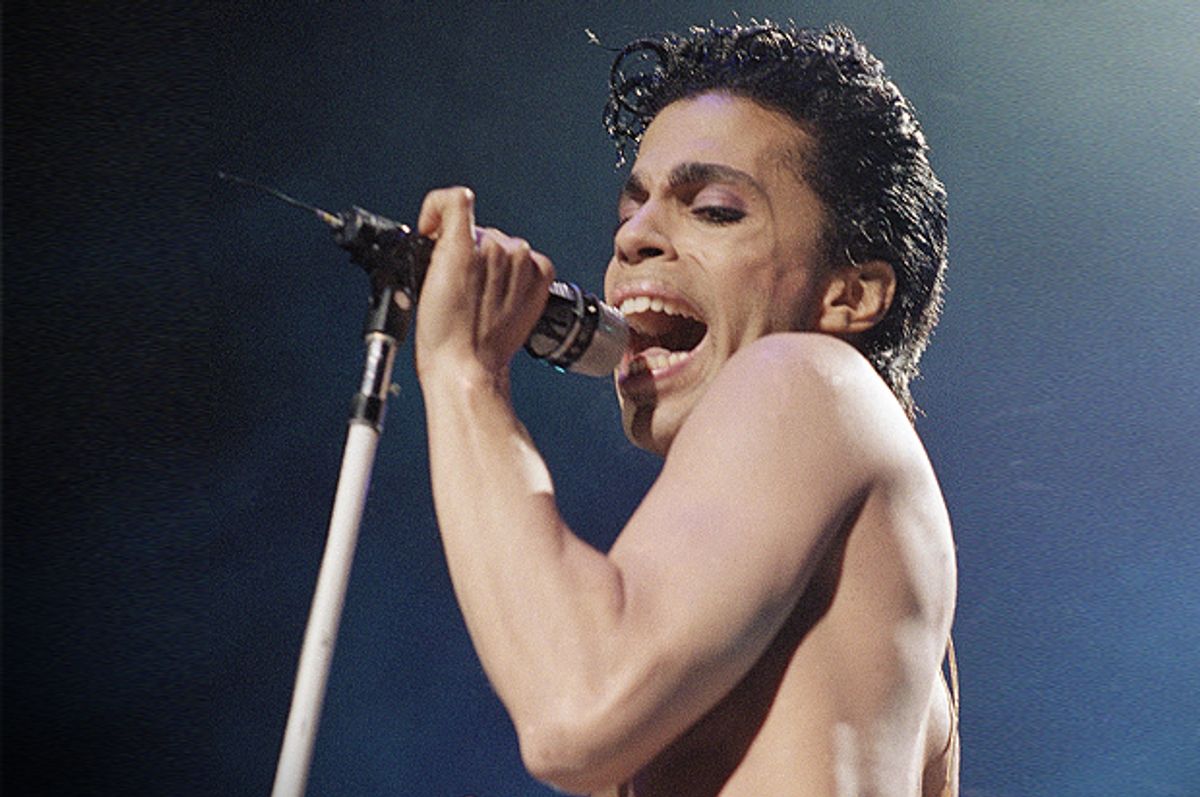 Not only did the lyrics to “Darling Nikki” – with its reference to a girl in a hotel lobby masturbating with a magazine – get Tipper Gore’s knickers in such a twist that she founded the Parents Music Resource Center, they got the song banned from a South Jersey gentleman’s club called The Playhouse in 1996. I’ll never forget where I was when I got the shocking news: in the DJ booth at said go-go bar, cueing up a CD for one of the dancers working the noon-to-five shift. The day manager, Linda, popped her head into the booth to deliver the news.

“Hey, I don’t know if Rick (the head DJ) told you or not (he hadn’t – details weren’t really a priority for Rick), but you can’t play that Prince song anymore.”

“The ‘Nikki’ one where the girl is taking care of herself in a lobby – no more. It’s just too much.”

“I know, but it’s just….” her voice trailed off as she made a face that said "I went to college for accounting and I can’t believe I’m having this conversation," “… it’s just not appropriate.”

In what seems like another lifetime, I spent the better part of 11 years DJ’ing in strip clubs. And I can tell you unequivocally that no artist’s music works better in the dimly lit, Vanillaroma-scented, hyper-sexual setting of a strip club than Prince’s. Thematically, spiritually, sonically and cosmically, Prince’s songs provide the perfect soundtrack to all the bumping and grinding on stage, all the strategic straddling in the couch dance room, and all the scantily-clad strippers feigning interest in some cigar-chomping douchebag’s house-flipping venture.

It all starts with Prince’s grooves. No one crafted a go-go groove like Prince. They always sit in the sweetest spot of the pocket, enabling strippers to embrace their inner sexy-aerialist on the pole, do some lustful writhing at ground level, and remove what articles of clothing they are legally permitted to remove at their own unhurried pace. The slow jams like “Do Me, Baby” and “The Beautiful Ones,” and the fatback funk workouts like “Gett Off” and “Kiss” are the most obviously pole-friendly, but Prince’s grooves work at all ends of the BPM (beats per minute) spectrum. Even on the frantic ones like “Let’s Go Crazy” and “Baby, I’m a Star,” the strippers never have to work too hard to keep up. Instinctively, they just find that sweet spot and work it. I am convinced that dude created beats with the pole in mind.

Of course you generally can’t go wrong with lyrics about sex in a strip club. But like the film "This Is Spinal Tap" taught us, it’s a fine line between sex-y and sex-ist. Graphic as a few of them might be (I’ll give you that much, Linda), Prince’s sex songs are straight-up sex-y, rendering strip club warhorses like Mötley Crüe’s “Girls, Girls, Girls” and ZZ Top’s “Tush” little more than dumb, sexist nursery rhymes. Prince’s sex was always smart, with something to suit any stripper’s mood, taste or outfit. You need some gender-twisting roleplay fantasy? Cue up “If I Was Your Girlfriend.” Need nasty and up-tempo? Flip over “Let’s Go Crazy” and go for the B-side, “Erotic City.” How about something with a playful metaphor that will pair well with that all-white outfit? You can’t go wrong with “Cream.”

I found that I simply could not go wrong with any Prince song in any strip club setting – be it a fancy-ish place with a dress code and bouncers wearing headsets, or a shady-ass joint adjacent to a motor lodge with a cook who had a glass eye courtesy of the Korean War manning the deep fryer. Prince was the one artist who everyone in the place -- the dancers, the clientele (ranging from bikers to white collar types) the management, the bartenders and the bouncers -- could agree on. If I didn't know what to play for a dancer or she really didn't know what kind of music she wanted to dance to (pretty common with newbies), Prince always worked. Bawdy lust and that perpetually sexy feel always get the job done in a strip club. Even the socially conscious stuff and the stately ballads were strip club bangers. Never had a customer complain that his couch dance mellow was harshed by the heavy vibe of “Sign ‘O’ The Times; never had a stripper say she couldn’t dance to “Diamonds and Pearls” because the drum fills were too busy and there wasn’t enough backbeat in the verses.

And his shit always sounded amazing. I’d crank the subs during busy shifts when the club would get really noisy and the bottom end on those Prince records would sound sweeter the louder it got, rather than turning to mud like a lot of rock stuff. Didn’t matter if it was live drums or drum machine, real bass, synth bass or no bass at all (like on “When Doves Cry”), that bottom end was consistently beautiful.

Any upstart strip club DJ should pick up this collection, dig deep and spin it liberally. It will serve you well. It’s been 11 years since I last brought a stripper to the stage, but I can’t imagine anyone has come close to dethroning Prince in the strip club world. I hope he is resting peacefully, and I hope he knows how much easier he made life for all of us strip club DJs.