Teachers have observed an uptick in bullying since the start of the primary. This is why we can't have nice things 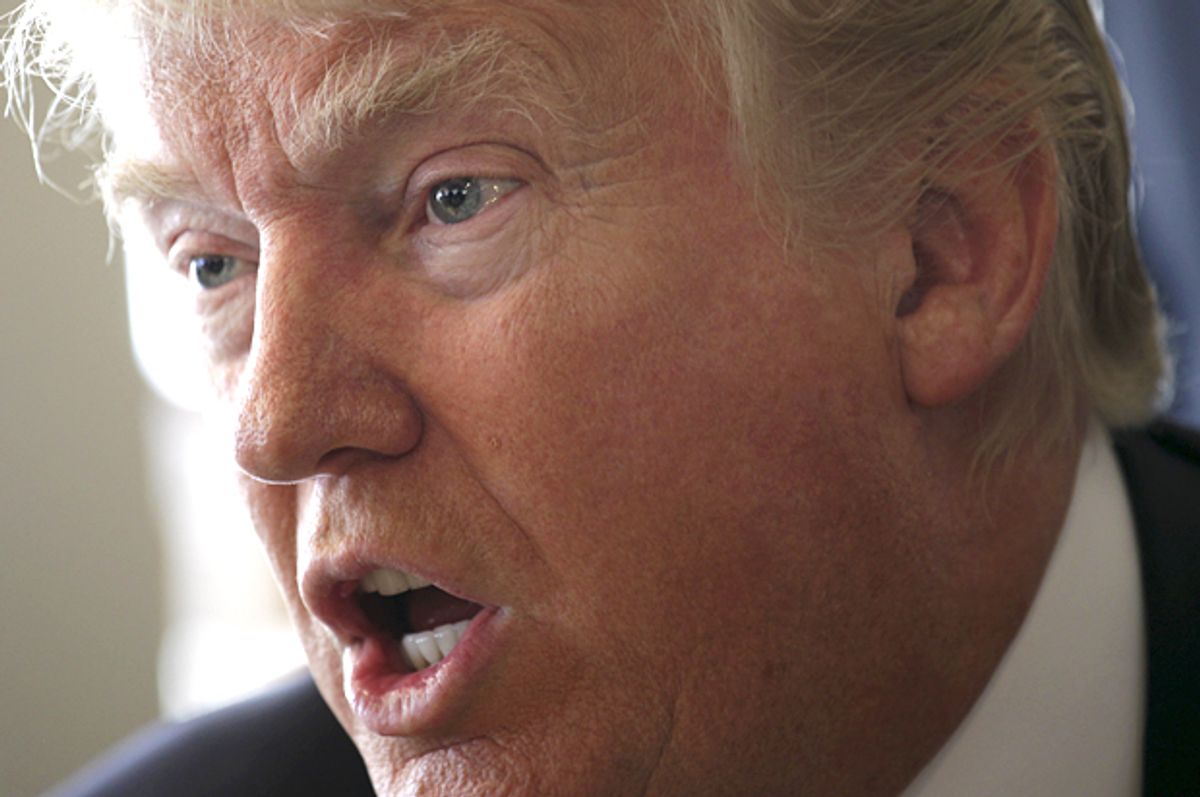 On the day before Easter, PEZ Candy USA had to cancel its annual egg hunt in Orange, Connecticut. Adults rushed the fields where the eggs and candy had been put out, pushing aside and trampling the little ones in a mad scramble to grab the goodies for their own children. Noses bled, tears were shed and next time — if there is one — PEZ will have to have lots of security guards on hand to keep the grown-ups from behaving like idiots.

The debacle kind of reminded me of this year’s election.

As this grim electoral season cycles on, I sometimes think we’re all living in Ghostbusters II, with that river of ugly pink slime coursing underneath our feet, violently reacting to our collective negativity and hate and making them worse.

The decline in the level of discourse in this year’s election cycle has been a disgrace, with Democrats behaving better than Republicans — one egregious GOP candidate, of course, in particular. But even supporters of the Sanders and Clinton campaigns have stooped to disingenuous arguments, gratuitous sniping and ad hominem attacks. The trolls and zealots have been out in force with their name-calling and sometimes threats of physical violence and none of it’s helping anyone.

The tone of this election, the bullying, the lack of civility is punishing not only ourselves but, it turns out, our kids.

And before you say, well, mud of the filthiest kind has been slung in every American presidential campaign since George Washington was passing out the whiskey in exchange for votes, yes, it’s true. But such invective came before the 24/7 news cycle and social media could relentlessly batter us with it from every corner all the time. And while it is good for everyone to be given more and more of an opportunity to have their voices heard, like those who would falsely shout fire in a crowded theater, sometimes they should just shut the hell up and silently lead themselves to the exit sign.

Unfortunately, this year, the vituperation has too often escalated into actual violence among the supporters of Donald Trump, who has done his best to encourage their attacks on anti-Trump demonstrators — and even to suggest the possibility of some degree of carnage at July’s Republican convention — while loudly proclaiming innocence and trying to pin the blame on the protesters.

This craziness has infected a political party which welcomed it in. Symptoms have manifested for years, but at last the virus has consumed its host. Here’s Lauren Fox at theTalking Points Memo website, describing a gathering last weekend of the Virgin Islands Republican Party, so incredible it’s worth quoting her story at length:

The Republican Territorial Committee held a joint meeting Saturday at a gun range in St. Croix, but the meeting erupted into chaos with attendees shouting over one another, calling for points of order, and at one point, Gwen Brady, an elected delegate, being allegedly shoved to the ground, according to the Virgin Islands Daily News.

This is just the latest in the civil war within the island’s Republican Party where a fight over delegates to the 2016 convention in Cleveland has left the group in disarray.

Virgin Islands Republican Party Vice Chairman Herb Schoenbohm told the paper that Brady was “slammed against the wall and thrown to the floor because she objected to the Gestapo-like tactics of the V.I. Chairman John Canegata.”

Schoenbohm also blasted the location of the meeting, telling the paper that Canegata was “banging the table with a large ammunition cartridge being used as a gavel” and walking around with a “firearm on his belt.”

Not exactly the Age of Pericles, is it?

It’s undeniable that the anger that stalks the landscape has roots in real despair, that in the face of record profits the lack of jobs and fair wages is enraging, that the gross disparity of income inequality creates a hunger that can only lead to lashing out. But the tone of this election, the bullying, the lack of civility is punishing not only ourselves but, it turns out, our kids. Sort of like that misbegotten Easter egg hunt writ large.

There’s a new study from SPLC, the Southern Poverty Law Center, titled The Trump Effect: The Impact of the Presidential Campaign on Our Nation’s Schools. According to the report, “the campaign is having a profoundly negative effect on children and classrooms.

It’s producing an alarming level of fear and anxiety among children of color and inflaming racial and ethnic tensions in the classroom. Many students worry about being deported.

Other students have been emboldened by the divisive, often juvenile rhetoric in the campaign. Teachers have noted an increase in bullying, harassment and intimidation of students whose races, religions or nationalities have been the verbal targets of candidates on the campaign trail.”

SPLC’s Teaching Tolerance project notes that the report’s survey of 2000 K-12 teachers was not scientific and “did not identify any candidates.” Nevertheless, “out of 5,000 total comments, more than 1,000 mentioned Donald Trump. In contrast, a total of fewer than 200 contained the names Ted Cruz, Bernie Sanders or Hillary Clinton…

The gains made by years of anti-bullying work in schools have been rolled back in a few short months. Teachers report that students have been “emboldened” to use slurs, engage in name-calling and make inflammatory statements toward each other. When confronted, students point to the candidates and claim they are “just saying what everyone is thinking.” Kids use the names of candidates as pejoratives to taunt each other.

Never has the teaching of civics and politics been more important, yet many of the teachers commented that they have been stymied by “gag orders” from principals and department heads, ordered not to discuss this year’s election for fear of stirring trouble and offending parents. But as Maureen B. Costello, author of the SPLC report and director of Teaching Tolerance, writes, “What’s at stake in 2016 is not simply who will be our 45th president or how the parties might realign, but how well we are preparing young people for their most important job: the job of being a citizen. If schools avoid the election — or fail to find ways to help students discuss it productively — it’s akin to taking civics out of the curriculum.”

Which brings us full circle; as our public education system has eroded, teaching civics (and American history) already has been run out of the curriculum in far too many schools or so watered down or distorted as to be almost meaningless. That in turn contributes to our current pickle by which too few recognize the responsibilities as well as the freedoms of citizenship and self-government that are taught in such courses and resort instead to mindless bellicosity and a blind belief in hollow promises. A New York City high school teacher told the SPLC that her students “are increasingly political (which is good), but the extreme rhetoric being modeled is not helping to utilize reason and evidence rather than replying in kind.”

America, this is why we can’t have nice things.