Instead of affording people the equal rights guaranteed by law, he wants to pump them full of "normalizing" drugs 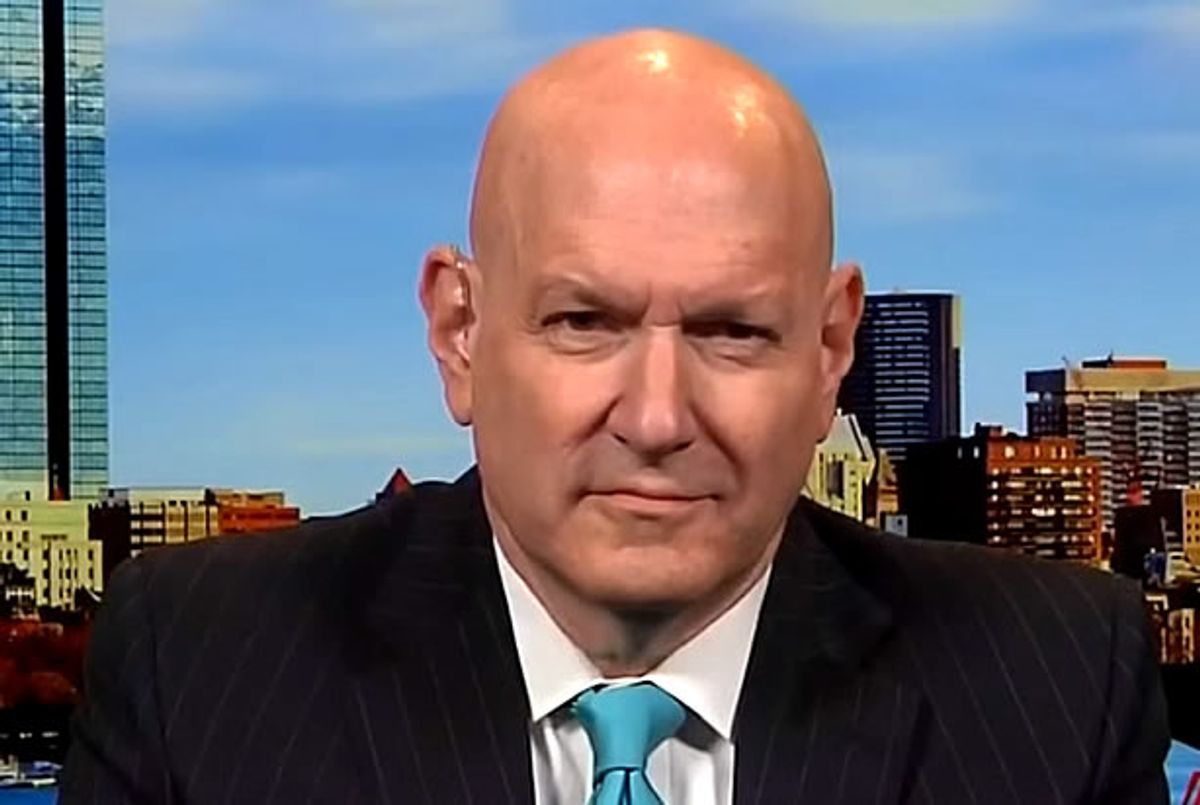 On Fox & Friends Monday morning, "Medical A-Team" leader Keith Ablow decided that trans individuals who wish to use the bathroom of the gender with which they identify are the equivalent of people trying to defraud the government in order to receive Medicare benefits -- or white people who get themselves inked head-to-toe in order to appear black.

There is, of course, no more evidence of those hypotheticals ever coming to pass as there is of transgender individuals invading public restrooms, but his doctorate notwithstanding, Ablow was not about to let facts get in the way of his bigotry -- or his awfulness.

"We're also too politically correct," he said. "There's not a lot of scientific evidence that it's better to approach transgender youth with the opposite hormone, because we inject them with massive doses of testosterone if they're female to say look we'll make you more comfortable with your chosen gender."

So, because trans individuals choose, themselves, to undergo a difficult course of hormone therapy, parents should be able to force their children to do the same -- at least to Ablow's mind.

"We don't even explore, 'Should it be more estrogen?' Should we go with nature and say, 'Maybe we'll make you more female, you'll feel more comfortable?' There aren't these explorations. We don't treat with psychiatric medicines by and large to say maybe this is a bit of a fixed and false belief."