"Game of Thrones" wings it: Running out of books was the best thing that could happen to the HBO show

Season 6's premiere underscores an exciting truth—for the first time, none of us can know what will happen next 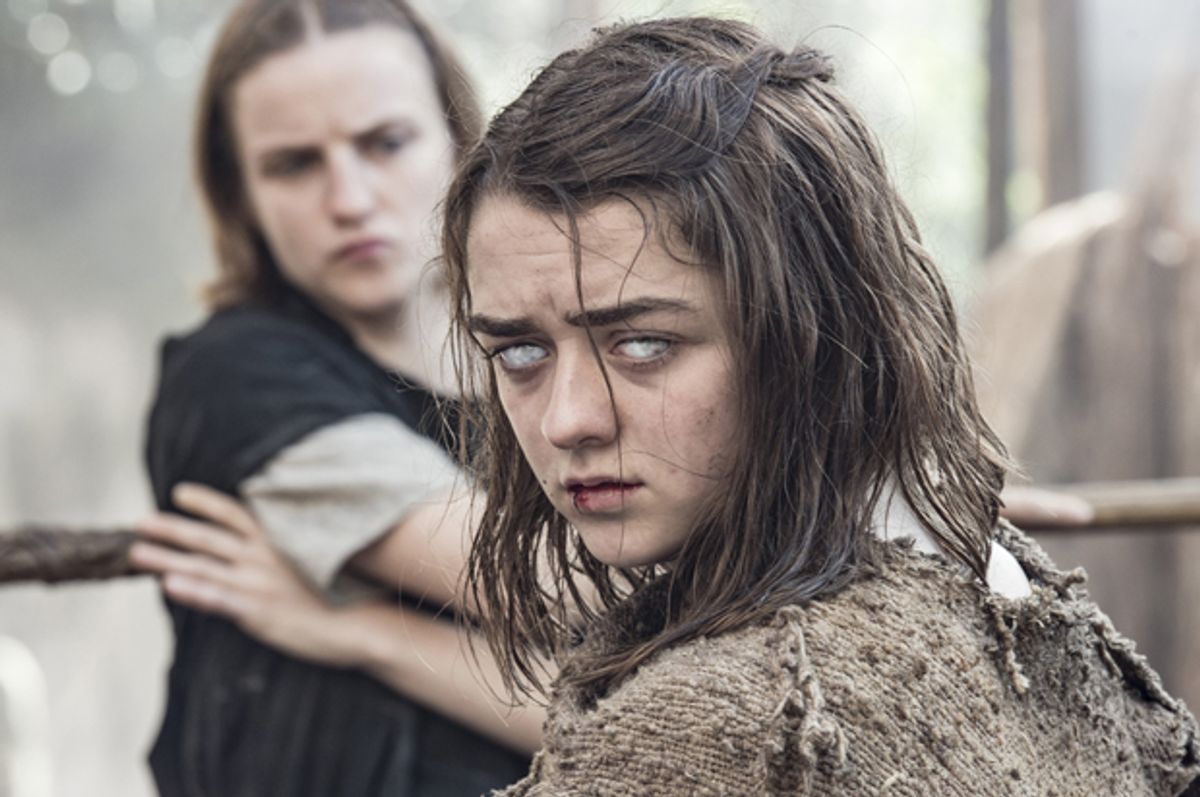 Lost, perhaps, in the surprise of seeing Melisandre (Carice Van Houten) revealed as not just nude but haggard, is the more shocking reveal that the red-robed sorceress has decided to do nothing for the rest of the night, even though Jon Snow (Kit Harington)’s death is waiting to be avenged and her compatriot Davos (Liam Cunningham) is holed up in a room at Castle Black. Melisandre is not sweeping through the remaining members of the Night’s Watch with the power and rage that we know she is capable of. Instead she is having a bit of a lie-down, thinking over what comes next.

And for the first time in “Game Of Thrones”’ history, no one knows what happens next except for the showrunners, David Benioff and D.B. Weiss. With Jon Snow’s death at the end of the last season, the source material has completely fallen off. It’s a brave new world here in season six, and as I discussed a bit this morning, the showrunners are making hay with it.

What is interesting is how much room there is for moving forward now. One of the biggest problems of George R.R. Martin’s “A Song Of Ice And Fire” is that the man couldn’t close a plot thread to save his life; five books in, more and more characters were introduced, as were more and more long-buried secrets. Instead of feeling like the story was going to coalesce from many disparate plot points into a coherent, stunning finish, “A Song Of Ice And Fire” increasingly feels like an ink blot that keeps bleeding into a page, and diluting its essence as it goes.

“Game Of Thrones” wants to not do that. HBO chief Michael Lombardo told critics last summer that he anticipated the show would run around eight seasons. That’s two seasons to clean up the show’s deepest mysteries, from the true parentage of Jon Snow to the final occupant of the Iron Throne. A lot has to happen between now and then to make any sort of finale feel plausible. Maybe the reason that critics didn’t get screeners this year is because the show is more wary of spoilers than ever. Certainly, with killing off of most of the population of Dorne and uniting a couple of long-estranged characters, the show has already made quick work of several dangling threads. At this point in the season, we are all Melisandre—taking stock of the day before going to bed, mulling over what happens next.

What is unfortunate for the show is that the books brought things to a weird, unfulfilling narrative point before petering out. It’s hard to imagine anyone making much sense out of the sudden rise of fundamentalism in King’s Landing, or the seemingly endless machinations in Dorne, or the ongoing strife in Meereen. Dany’s story, to my mind, is the most poised for failure; mid-arc in a narrative of occupying power at the top of her pyramid, she’s fled and then quickly been abducted, for a reprisal of the victimhood arc that she already went through in the first season of the show. It doesn’t help that Emilia Clarke, who plays the Mother of Dragons, is not the show’s best actress; the idea of watching another long subplot with her that focuses on her solitary inner journey doesn’t quite make me giddy with anticipation.

But as I wrote this morning, what does excite me for the show moving forward is that it’s discovered who its real heroes are, and is doubling down to create lived-in worlds for them. I am excited to see what Margaery Tyrell (Natalie Dormer) will do to get herself out of her prison, just as I am intrigued by Jorah Mormont (Iain Glen)’s approaching heroic death. [I am less moved by Jaime (Nikolaj Coster-Waldau) and Cersei (Lena Headey)’s emptily passionate love scenes, but I suspect that might be the point.] “Game Of Thrones” has all the material and time it needs now, with a sandbox is free of obstacles for the first time. It time to make some fleeting but beautiful sand castles.