Watters is the mouse cowering in corner yelling, "No, I've got you cornered!" at the cat about to dispatch him 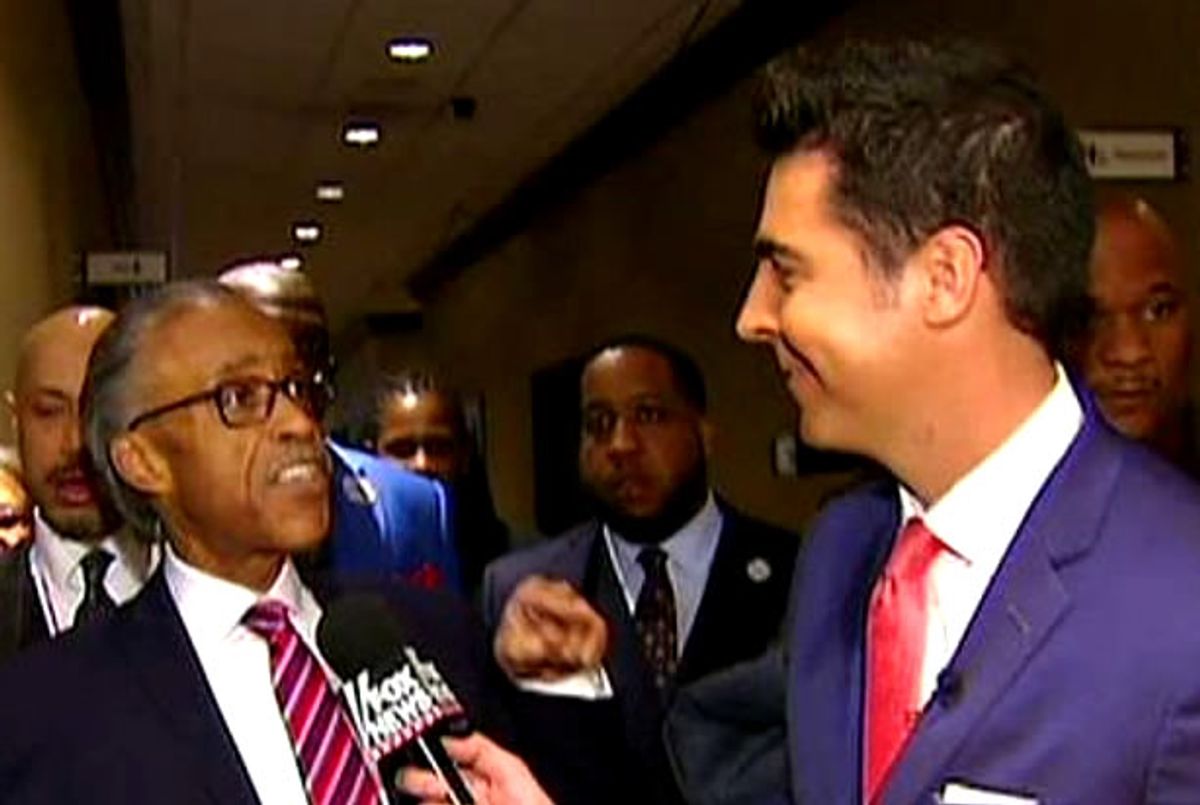 The always topical, always relevant Jesse Watters approached the Reverend Al Sharpton recently and asked him about a heated speech he delivered in 1992 at Kean College in New Jersey.

In the speech, Sharpton excoriated those who believe in "offing the pigs," saying that "they've got pigs out here, you ain't offed one of them." He then drew a contrast between their talk and his action.

"What I believe in, I do," Sharpton said in 1992. "Do what you believe in, or shut up and admit you’ve lost your courage and your guts to stand up."

Instead of understanding that Sharpton was attacking those who talk big but do little, Watters chose to believe that the reverend was inciting his listeners to violence, and asked him a series of questions based on that patently false assumption.

"Would you like to apologize for that?" Watters asked.

Sharpton attempted to clue Watters in to the obvious. "You don’t have footage saying that,” he said. “You have me [confronting] a guy who was talking about ‘offing pigs,’ and I said, ‘You ain’t gonna do nothing,’ and I mocked him."

Which, clearly, is the truth. Unless, like Watters, you don't want it to be.

"You said, ‘If you’re gonna talk about it, do it,’" Watters replied, because he doesn't really understand what words mean. "Facts are facts," he said.

Which, obviously, they are -- Watters simply doesn't realize they're aligned against him.