Amanda Peet's candid essay on plastic surgery and Hollywood: "Everyone’s looking at me like, Let go, you bullheaded old hag!"

The "Togetherness" star pens a moving meditation on mortality, aging "gracefully" and being squeezed out of films 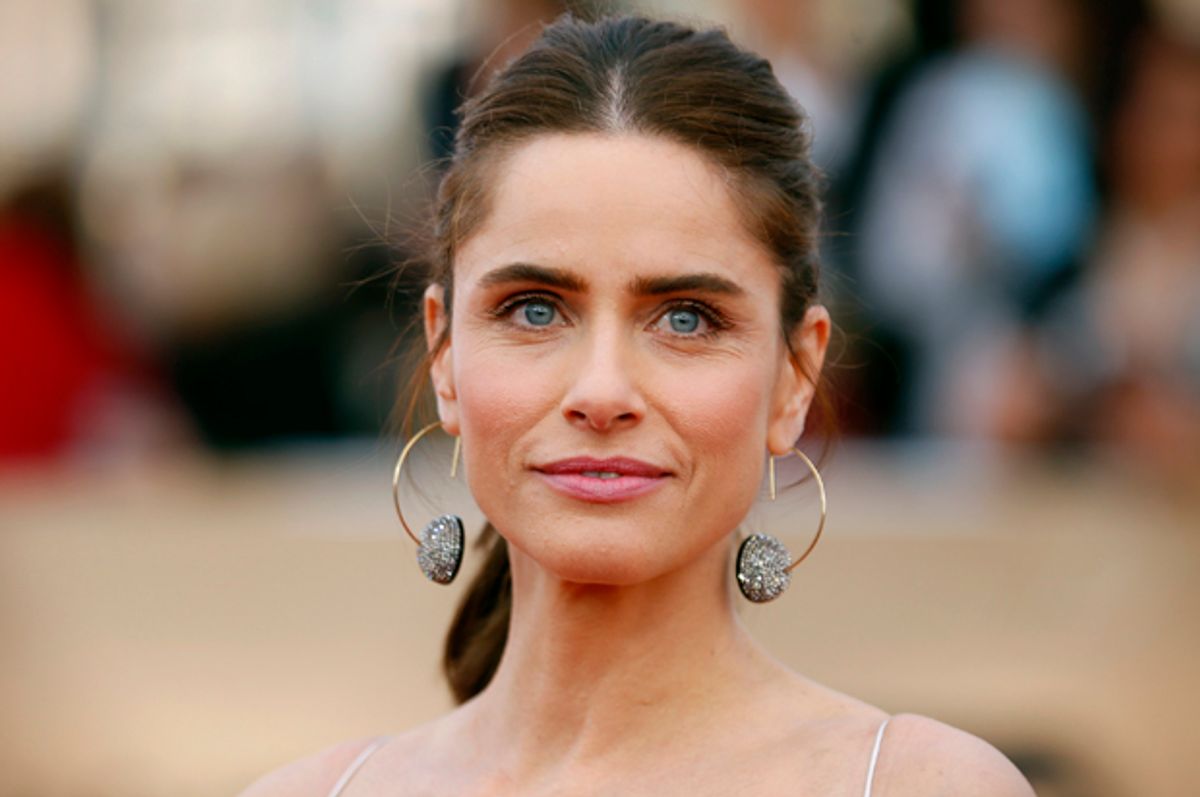 Lenny, the newsletter created by Lena Dunham and her "Girls" showrunner Jenni Konner, has quickly become an essential publication for women's writing, equally adroit at lifting up exciting emerging voices and providing a platform for celebrities who actually have something interesting to say, like Jennifer Lawrence's shots-fired essay on Hollywood's gender pay gap to Julianne Moore on getting the call to work for gun control after Sandy Hook. In today's Lenny Letter, actress Amanda Peet, most recently the star of HBO's now-canceled dramedy "Togetherness," writes candidly about how she handles the pressure from Hollywood to look as young as possible without opting for surgery, Botox or fillers.

Comparing herself to her sister, a doctor and associate dean of clinical education at a teaching hospital who embraced her gray hair and wears "vaguely orthopedic" shoes, Peet opens up about the embarrassment she feels for maintaining a standard of beauty that, fair or not, is pretty much required for her to be successful at her job:

"It’s painfully obvious, but I’m still ashamed to admit this: I care about my looks. How else can I explain my trainer, stylist, and Barney’s card? I’ve bleached my teeth, dyed my hair, peeled and lasered my face, and tried a slew of age-defying creams. More than once, I’ve asked the director of photography on a show to soften my laugh lines. Nothing about this suggests I’m aging gracefully."

And yet Peet writes that it would be "crossing the Rubicon" for her to take surgical or medical options to fight the natural aging process. "I want to look younger (and better), trust me," she confesses. "The only reason I don’t do it is because I’m scared."

She's not being paranoid — any surgical procedure carries with it a risk of infection or worse, and even Botox and other injectables aren't 100 percent fail proof, even beyond the aesthetic danger of, as Peet writes, "[coming] out looking like a blowfish. Or someone whose face is permanently pressed up against a glass window. Or like I'm standing in the jet stream of a 747."

But despite keeping up the level of surface maintenance that being a professional performer requires, Peet, 44, is feeling the squeeze on women approaching, as the Amy Schumer sketch so aptly skewered, Hollywood's "last fuckable day." Perhaps wary of being called out repeatedly for passing over actresses as "too old" for roles that they are not, in fact, too old to play, age-based rejections are becoming more creative. Peet, whose show was not renewed by HBO after its second season, is, as she writes, trying "to remain gainfully employed as an actress" while competing against her younger peers:

"Recently, I was told I was ineligible for a movie because I wasn't "current" enough. I'm constantly pushed out by younger talent, like Alicia Vikander. You might think, Wait, she's 27 and a gorgeous movie star, and you're 44 and a low-tier, TV-mom-type; you're not in the same ballpark. But she is squeezing me out. She's in the hot center and I'm on the remote perimeter. The train has left the station and I'm one of those moronic stragglers running alongside with her purse caught in the door. Everyone's looking at me like, Let go, you bullheaded old hag! There's no room for you."

Peet's honesty is refreshing in an industry that demands "graceful" aging — which means never admitting to the lengths you'll go not to appear as though you are actually aging — while holding up preternatural stunners such as Helen Mirren as the "laid back" winners of the long, cruel game in which Olivia Wilde was deemed "too old" at 28 to play Leonardo DiCaprio's wife. The most powerful moment in Peet's essay, however, has nothing to do with losing out on playing some dude's wife in a movie that's only Oscar-bait for him. She's thinking not about the marketability of crow's feet and gray hair, but about dying, just like the rest of us. "I know it's magical thinking, but I have a theory: if I resist the urge to sweep old age under the rug, if I don't try to clamp it down, I'll be rewarded with longevity," she writes, and then moves to a quiet, devastating epiphany:

"Botox or no Botox, we shouldn't feel bitter, because we're ALL going to look like shit. Every last one of us. Even Alicia Vikander. (Sorry, Alicia.) And the up-and-comer who's on deck after her, and so on and so forth until the end of time."

Peet is already the author of a children's book about a Jewish kid with Christmas envy, "Dear Santa, Love, Rachel Rosenstein," and a playwright, but this Lenny essay suggests she has a hell of a book of essays in her, too. Now that Dunham and Konner are expanding their brand to include a publishing imprint at Random House, maybe Lenny can make that happen?