Bernie Sanders: Drug laws are a racial issue as much as a legal one 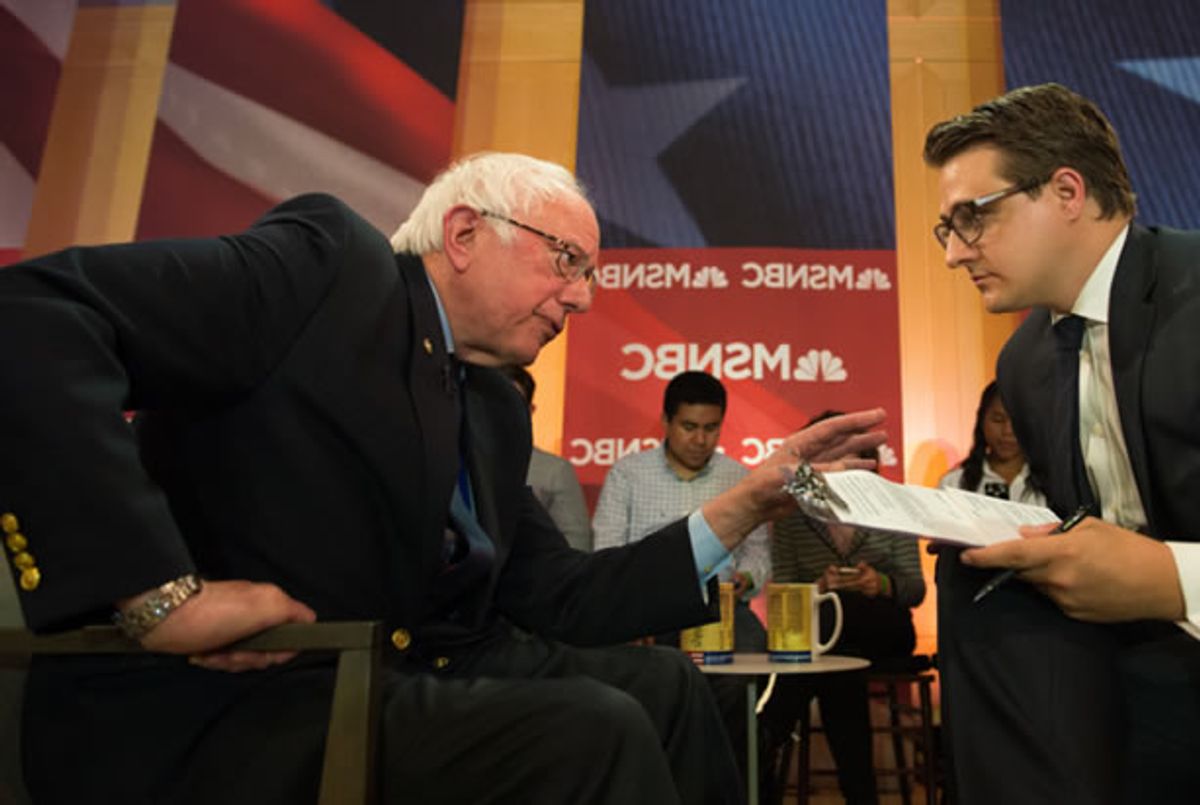 During Monday evening's MSNBC town hall, Vermont Senator Bernie Sanders made it clear that he believes drug laws disproportionately affect the African-American community, and that if elected president, he would remove marijuana from the federal government's banned substance list.

It's a remarkable position for a viable presidential candidate to take -- and a far cry from the draconian measures put into place by Hillary Clinton's husband during his first term in office, which a cynical person could believe was the point.

Still, when asked by a member of the audience about the "collateral consequences" of the current culture of mass incarceration, Sanders replied that the state of the penal system is a "profound embarrassment," and that he would propose a system that encouraged job creation in minority communities.

"I would propose is when we have unemployment rates of minority kids of 40 or 50 percent, that maybe it makes more sense to invest in jobs and education for those kids rather than jail and incarceration," he began.

"Second of all," he continued, "we need to end over-policing, and we need to de-militarize local police departments so they don't look like occupying forces."

"Thirdly, we need to make police departments reflect the diversity of the communities they serve. And number four, we need to make sure that we end private ownership of prisons and detention centers."

He then approached the distinction with difference he has with his primary opponent. "Very importantly -- and Secretary Clinton and I have a big difference of opinion on this -- I think we really need to rethink the War on Drugs."

"It turns out," Sanders said, "that in the last 30 years millions of people have received criminal records because of possession of marijuana. It turns out also, interestingly enough, that the white community and the black community do marijuana at about equal levels."

"But blacks are four times more likely to be arrested than whites, so this becomes a racial issue and not just a criminal justice issue," he concluded, before adding that he "would take marijuana out of the Federal Controlled Substance Act."