"If we are behind in the pledged delegates, I think it’s very hard for us to win": Bernie Sanders admits plan to flip superdelegates an uphill battle 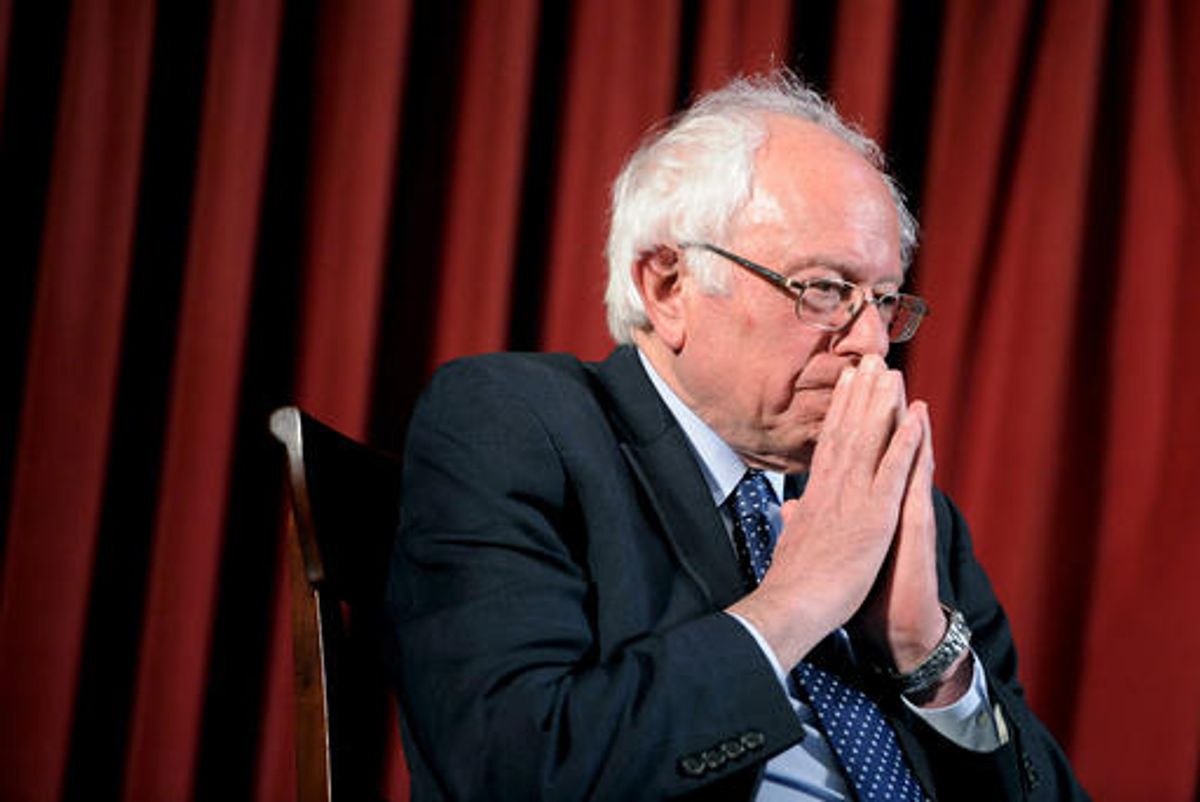 A week ago, Bernie Sanders campaign manager Jeff Weaver made waves when he divulged, during MSNBC's live coverage of Sanders' crushing lose in New York, that after months of deriding the inherently unfair nature of superdelegates, the Independent senator's bid for the Democratic nomination suddenly hinged on overwhelming support from superdelegates.

After losing New York, the Sanders campaign made clear that rather than being drummed out of the race prematurely, it is prepared to stay in the race even if it becomes clear that Clinton has a majority of the pledged delegates and an insurmountable lead after the final primary in Washington, D.C. on June 14. The process that occurs after the final voter votes and before the eventual nominee is named in Philadelphia, is some combination of deal-making and cajoling with superdelegates already committed to Hillary Clinton, according to the Sanders campaign.

"Let’s talk about principle," Sanders told MSNBC's Chris Hayes on Monday, addressing his campaign's recent strategy shift in length during a town hall in Pennsylvania. "Hundreds and hundreds of superdelegates parts of the Democratic establishment voted for Hillary Clinton, or chose to come on board her campaign before I even announced by candidacy, and those people have a right to rethink the decision that they made, and if they conclude that we are the stronger campaign for a dozen different reasons that we are a stronger campaign," Sanders explained.

"And by the way, this is not just talking off the top of my head virtually every poll that’s out there as you know shows that Bernie Sanders does better against Donald Trump than Hillary Clinton does better against other Republican candidates. Should that be taken into consideration? Yeah, I think so," Sanders added.

"Right now, you're at 45 percent of pledged delegates, Secretary Clinton is at 55 percent.  She's got about 2.7 million more votes," Hayes reminded Sanders. "Do you agree that the person who's won the most pledged delegates and the most votes is going to be the nominee of the Democratic Party?"

"Now, at the end of the process, you know, frankly, if we are behind in the pledged delegates, I think it's very hard for us to win," Sanders admitted to Hayes, before adding, "but I think we are going to make the case."