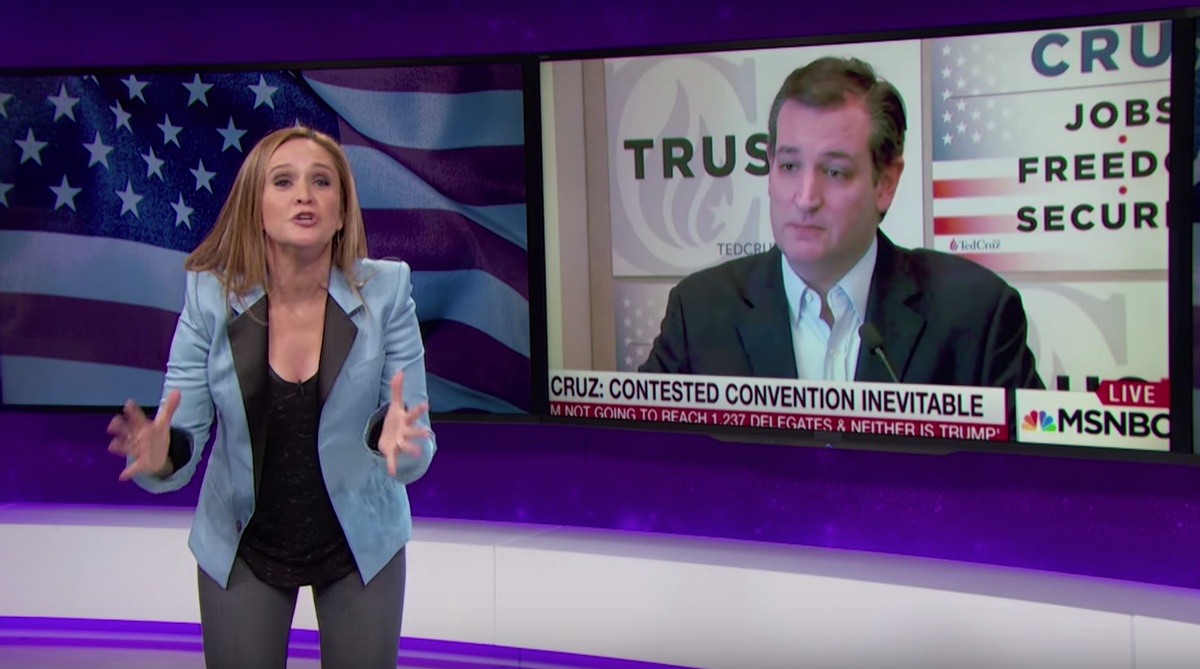 "What's your plan?" Bee asked Kasich, who needs more than 160% of remaining delegates to make it to 1,237, according to CNN. "Wait 'til the Republican party has slaughtered itself, then mosey onto the battlefield and suck the marrow from the delegates' bones for strength?"

No, Kasich's plan is to team up with Ted Cruz, another candidate with a mathematically impossible chance of winning the party's nomination.

"I don't mean to dismiss as cartoonish two sworn enemies teaming up to defeat a big, hairy orange villain," Bee said. "But a vicious three-way floor fight may detract from the gravitas of the Republican convention -- traditionally a dignified affair graced by such luminaries as a poorly vetted Iditarod banshee [Sarah Palin] and a silver alert ranting at a chair [Clint Eastwood]."