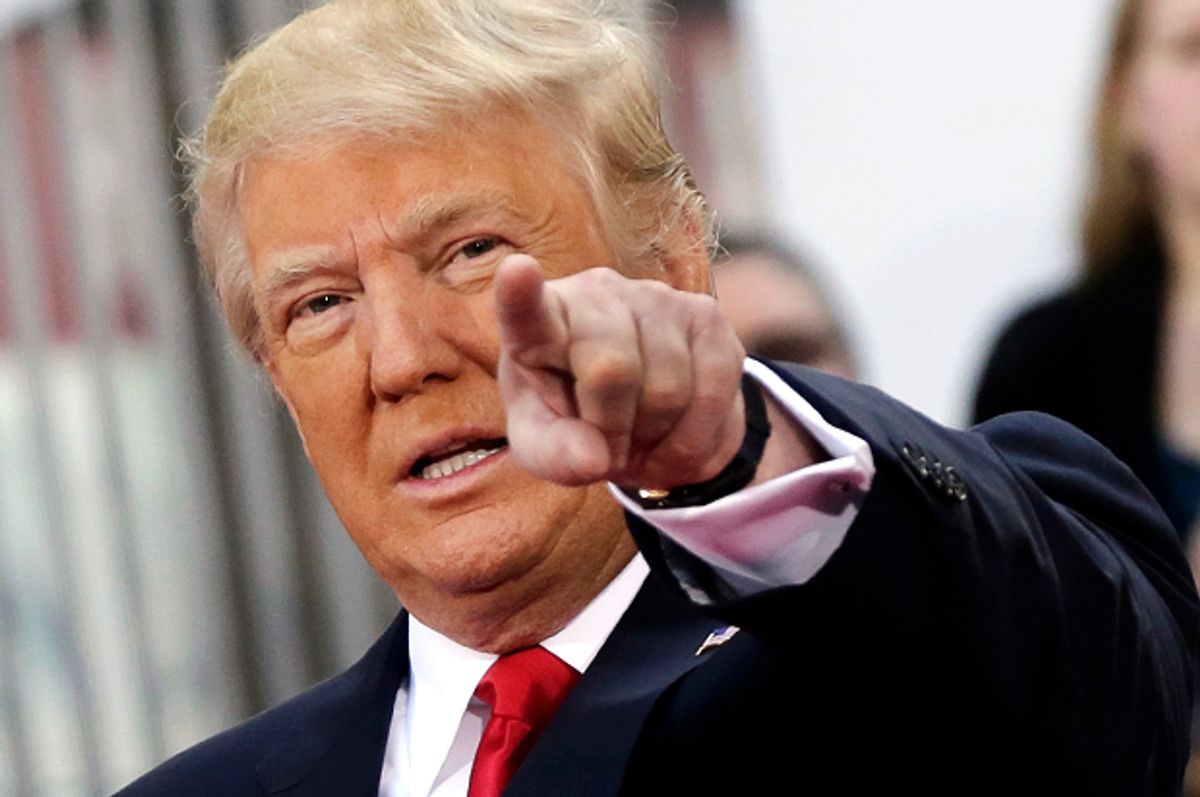 Every political race has attacks, bad blood, insults, and negative ads, but the 2016 contest may be the harshest, nastiest campaign ever. A new survey of almost 2,000 teachers by the Southern Poverty Law Center shows that the anger and hatred is filtering down to school children.

The report – “The Trump Effect: The Impact of the Presidential Campaign on Our Nation’s Schools” – found that the campaign is producing an alarming level of fear and anxiety among children of color and inflaming racial and ethnic tensions in the classroom. Many students worry about being deported.

Teachers also reported an increase in the bullying, harassment and intimidation of students whose races, religions or nationalities have been the verbal targets of candidates.

A black student worried about black people being sent back to Africa; a Latino boy asked, “Is the wall here yet?” Teachers, most of who try to stay politically neutral, are confused as how to deal with it the fear and anxiety they’re picking up from their students.

We spoke to Richard Cohen, the president of the Montgomery, Alabama-based SPLC. The interview has been lightly edited for clarity.

Let’s discuss your report showing what the tone of the election has done to children. Can you give people who haven’t seen the report what it tells us, in general terms?

What it says is that the ugly rhetoric that’s characterized the election has had a profound impact on our nation’s schoolchildren. An impact for the worse. People are scared, people are confused and students are worried. It’s also had an impact on teaching in our schools. Teachers don’t know how to deal with the election. Teachers are supposed to be nonpartisan, yet how do they respond to some of the ugly rhetoric, particularly from Mr. Trump?

There’s been a sharp tone in both parties, but how much of what your study finds has to do with Trump specifically?

We called the report “The Trump Effect” because that’s what the data shows. We had comments from 2,000 teachers. We didn’t mention any candidate’s name, yet 1,000 of them mentioned Trump. Many, many others made comments that obviously were referring to him. The other candidates, in total, only were mentioned 200 times, usually somewhat inadvertently. The ugly rhetoric is about Trump. The impact on our schools is a result of Mr. Trump.

Are all students feeling pressured or are there specific groups that are feeling bullied or singled out?

It’s primarily students of color, recent immigrants, Muslim students. I think the impact on students who are younger has been greater. We had comments that people are scared that they’re going to be deported. I think that’s something that’s much more likely to happen with a student under 15 than a student over 15, from the comments that we see. Let me point out that people are free to draw their own conclusions. We published all 2,000 comments that we’ve received, and if you look through them I think it’s really quite depressing.

You want children to be aware of what’s happening politically, but you don’t want to scare or terrorize them. What do you think the right response is from parents and teachers?

Well, it’s teachers who we’re primarily focusing on. Because that’s what our study was: children in schools. What we’ve published are guidelines for civil discourse in one’s classroom. How one can disagree without being disagreeable. Stuff like that. We’ll publish things like myths about immigration. We’ll publish or curate materials that relate to misconceptions people have about the Muslim community—headscarves and whatnot—just to dispel some of the stereotypes that are being bandied about.

Let me say though that the job that teachers have is a really, really hard one, because children are being bombarded with the same 24/7 news cycle that everyone else is seeing. And the more incendiary, the more press particular comments get; they get repeated over and over again. It’s a tough job. Teachers are facing an uphill battle.

One retort to this is that there has always been negative campaigning and angry rhetoric. Does this year seem very different to you that it was in the past?

I think so. In campaigns, you always try to distinguish yourself from your opponent and you always try to suggest that your opponent is of low character. That’s common in our campaigns. I’m not sure I’ve seen anyone start saying that most Mexicans coming over the border are rapist and murderers, or calling for the wholesale restriction of religious groups coming into this country. I mean, this is of a really, really different order this time.

I’ll tell you something else that reflects that it’s a different order, and that is the reaction of the white supremacist world to Mr. Trump’s campaign. Typically, the attitude of the white supremacist world is “a pox on both their homes”: both the political parties are corrupt. This time, Trump is being embraced like no other candidate ever. The only other person who ever got any kind of glimmer of this kind of support was Pat Buchanan, who I would consider to be a white nationalist on a smaller order. So I think the fact that white supremacists are rallying to his cause, calling him the glorious leader, tells us that something different is going on in Mr. Trump’s campaign than in others.

There has been racist and divisive rhetoric in the past, but it’s usually been coded. This year the code is gone. It seems like candidates are much more open about singling out specific groups.

The Southern Strategy of the Republican Party used a lot of coded language to whip up white hysteria against black people. Now we’re having kind of a reprise of that in a more open way against other groups of minorities.