Hastert will soon become one of the highest-ranking U.S. public official to serve time in prison 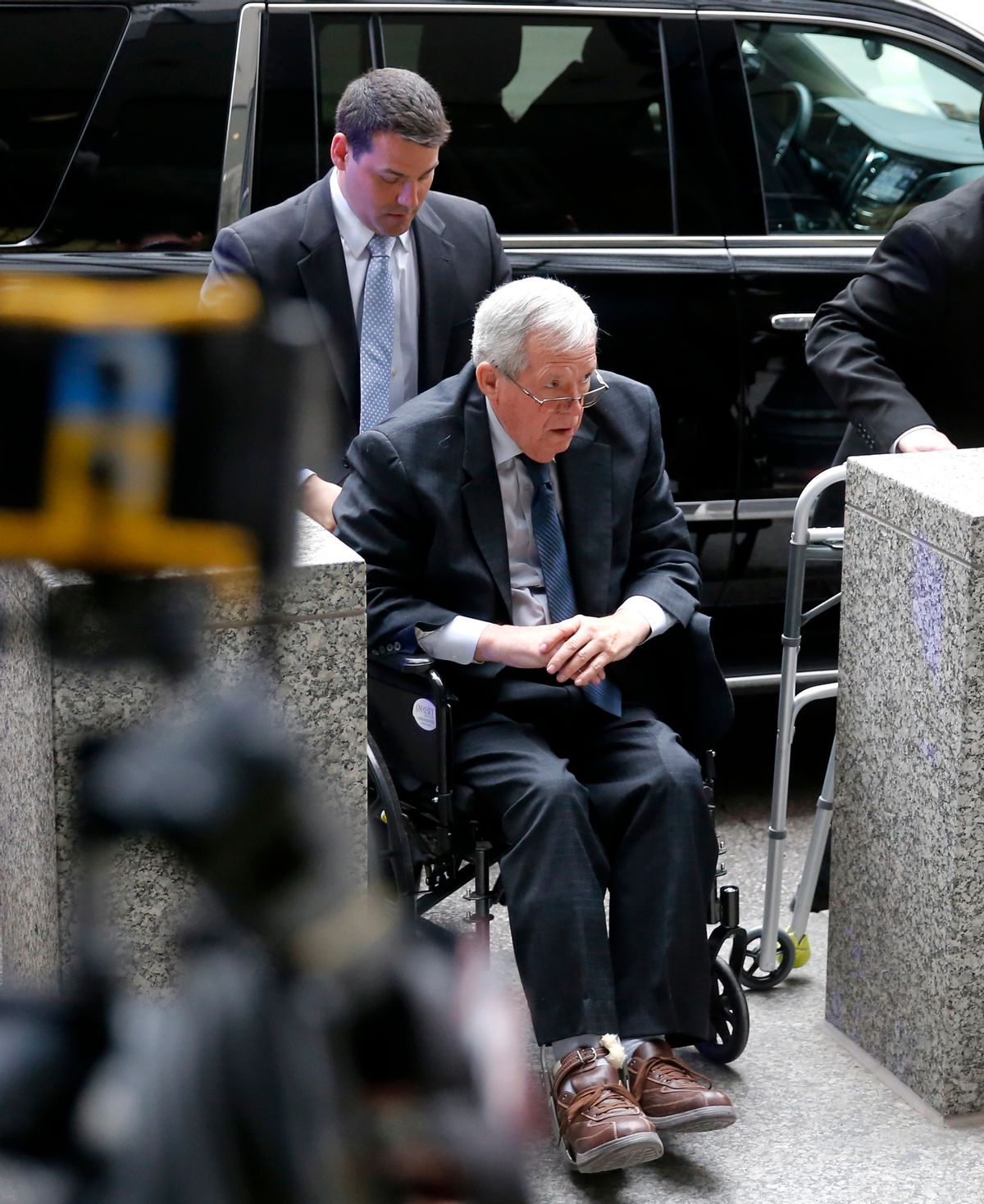 Former House Speaker Dennis Hastert was sentenced to 15 months in prison followed by at least two years probation on charges of structuring withdrawals to the total amount of over $900,000 in order to pay out hush money to victims of his sexual abuse at Yorkville (Illinois) High School wrestling coach.

Hastert, 74, will also have to attend sex offender counseling and is forbidden from contacting the victims, according to the Washington Post.

The 15-month sentence is "above what even prosecutors had recommended" and "clearly takes into account the sexual abuse allegations" for which he could not be charged due to an expired statute of limitations, the Post wrote.

Federal District Judge Thomas Durkin, who handed down the severe sentence, called the Hastert "serial child molester" while announcing his ruling, according to Politico.

Hastert, who owns the title of longest-sitting House Speaker in U.S. history, will soon become one of the highest-ranking U.S. public official to serve time in jail.

Among the victims and their families testifying in court against Hastert, the previously anonymous Individual D from court documents revealed himself to be Scott Cross, the brother of longtime Illinois Representative and Hastert political ally Tom Cross.

According to the Chicago Tribune, Scott Cross "never spoke to anyone about what happened in Yorkville High School's locker room after wrestling practice one night when he stayed behind to try to drop some pounds before his next match" until news broke concerning hush-money allegations against Hastert, the school's wrestling coach:

"He long ago confirmed to the Tribune that he was the man behind the government's Individual D moniker. He asked, though, that his identity not be revealed until he appeared publicly in court for Hastert's sentencing. On Wednesday, in front of a packed courtroom, he said his former coach molested him during a one-time incident when he was 17."