It won't be so easy for Hillary: Why Clinton will have to do much more to win over Bernie supporters

Clinton all but wrapped up the nomination last night. But winning over Sanders' fan base isn't a given 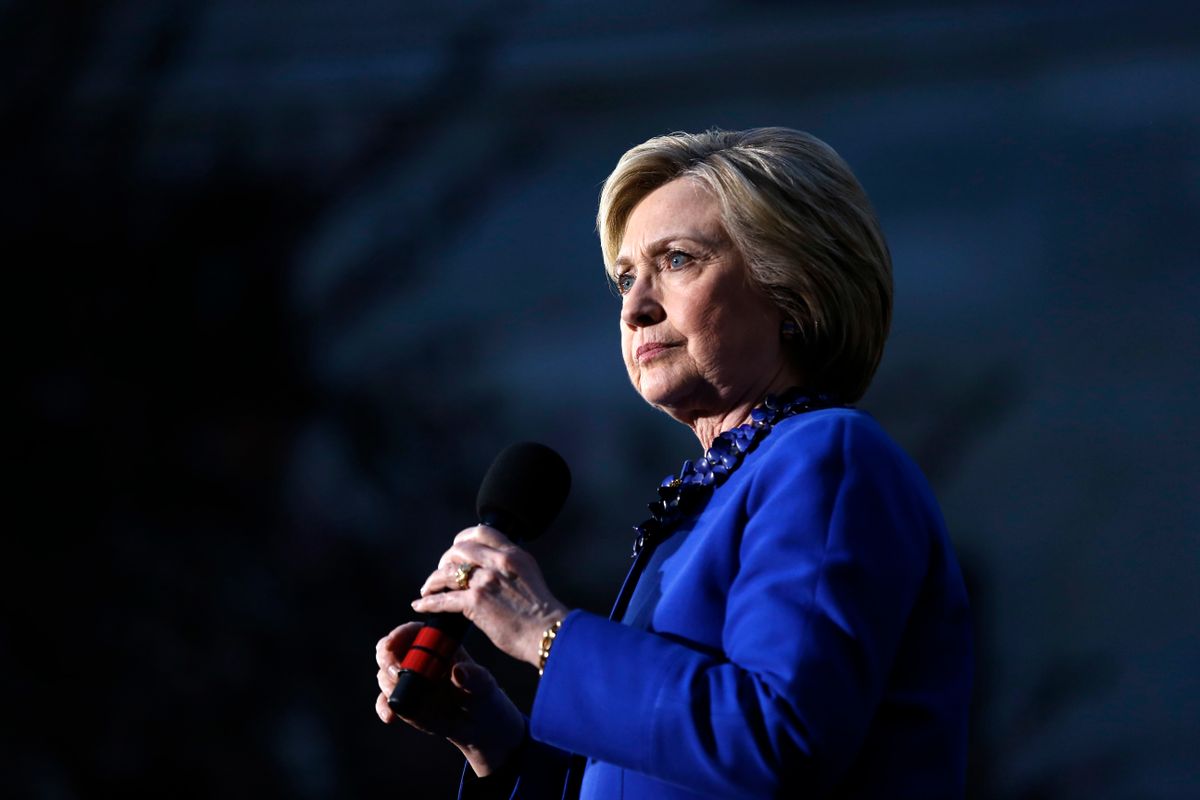 After winning multiple state primaries on Tuesday, Democratic frontrunner Hillary Clinton vowed to “unify” the party come November, and applauded her opponent Sen. Bernie Sander and his supporters for “challenging us to get money out of our politics” and battling income inequality. “There’s much more that unites us than divides us,” declared the former Secretary of State, who is clearly thinking about how to appeal to Sanders’ dedicated base.

At the same time, Sanders, who won Rhode Island — the one open primary where independents could vote on Tuesday — pledged to stay in the race until the convention. “I congratulate Secretary Clinton on her victories tonight, and I look forward to issue-oriented campaigns in the 14 contests to come,” said Sanders in a statement. “The people in every state in this country should have the right to determine who they want as president and what the agenda of the Democratic Party should be. That’s why we are in this race until the last vote is cast.”

While Sanders will remain in the race and continue to promote his progressive platform in hopes of influencing the Democratic party agenda, it is almost certain now that Clinton will be the Democratic nominee.

The night before Tuesday’s elections, at the Democratic Town Hall, Sanders was clear that, while he will do whatever he can to prevent a Republican from getting elected president in November, it will ultimately be up to Clinton to persuade millions of his supporters to vote for her:

“I think if we end up losing — and I hope we do not — and if Secretary Clinton wins, it's incumbent on her to tell millions of people who right now who do not believe in establishment politics or establishment economics, who have serious misgivings about a candidate who has received millions of dollars from Wall Street and other special interests.”

In response to Sanders, Clinton recalled 2008, when she dropped out at the end of June and endorsed Obama (after a long a bitter race that makes this years competition look genial). “I did not put down conditions,” reflected Clinton. “I did not say, 'You know what, if Sen. Obama does X, Y, and Z, maybe I’ll support him.’ I said I am supporting Sen. Obama, because no matter what our differences might be, they pale in comparison to the differences between us and the Republicans...I hope that we will see the same this year.”

Ultimately, the possibility of Sanders withholding his endorsement for Clinton in the general election is close to nil. When the time comes, he will support her over Trump or whoever the Republican nominee is; he made this abundantly clear at the beginning of his campaign, when he vowed not to be the “next Ralph Nader.” But if partisan Democrats think the popular movement that has developed around the Senator will quickly fall in line for Clinton (even with Sanders’ blessing), they may be in for a rude awakening.

According to various polls, at least one in four Sanders supporters say they cannot see themselves voting for Clinton in November. And if her campaign message becomes what many suspect it will be — that she is not Donald Trump, and that Republicans are the absolute worst (duh), many progressives may just write-in Sanders or cast a vote for Jill Stein.

Sanders has appealed to Americans who were previously disillusioned with the corrupt political process and the tribalism of party politics. His overwhelming support among young voters and independents reveals this much -- and these groups will be crucial for Clinton come November.

It is unlikely that a hyper-partisan crusade will inspire these voters. But if Clinton can promote a truly progressive agenda and not revert back to poll-driven centrism, then more Bernie supporters are apt to cast their vote for her (even if they have to hold their noses while doing it).

What Sanders supporters should bear in mind is that nothing will change without popular pressure from below — regardless of who is in the White House. It would be a shame to let the popular movement that has grown over the past year wither away once the primary season comes to a close. Billionaires and corporations do not stop pursuing their interests when elections are over, and neither should the people.