Watch Maine Gov. Paul LePage completely flip out at the sight of silent student protests: “Thank you, you idiots out back there with the signs” 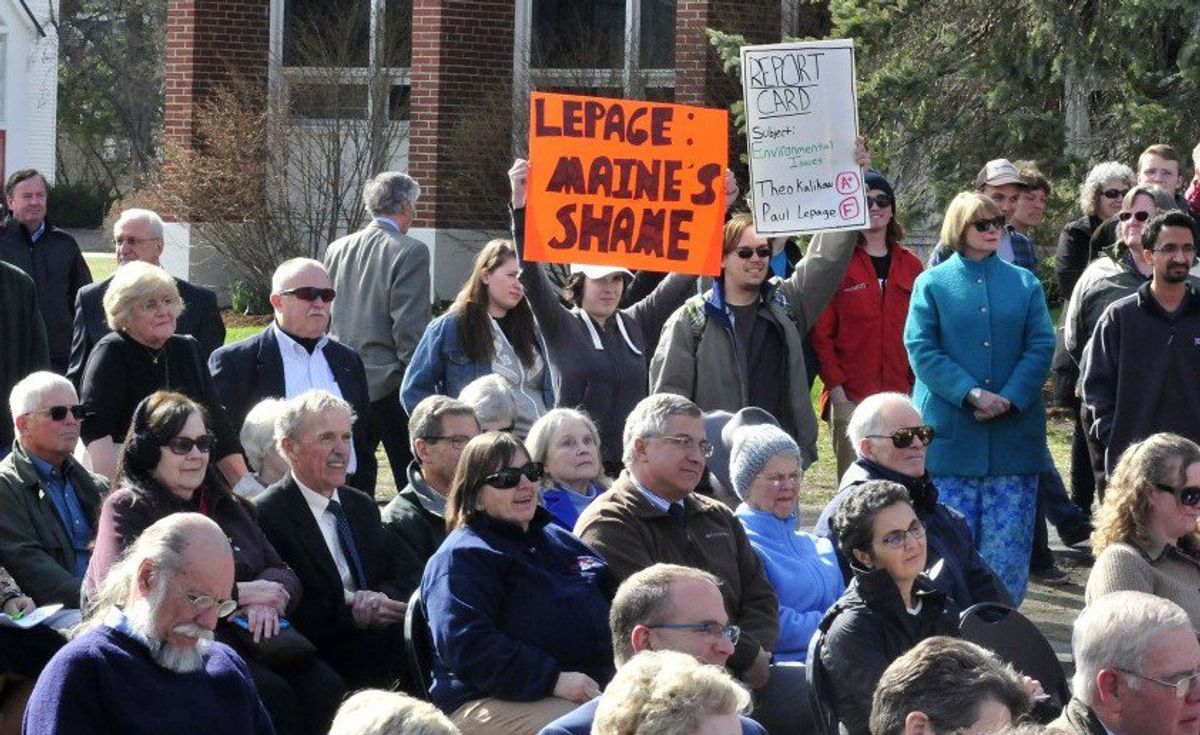 Poor Paul LePage. All of the radical right-wing policies he's imposed on the state (like vetoing a life-saving overdose antidote) and the inflammatory rhetoric he's spewed (who can ever forget about D-Money, Smoothie and Shifty) have resulted in a bit of blowback from residents in his state, and apparently Maine's Republican Governor is now too thin-skinned to even face silent student protesters!

Governor LePage said he will no longer attend some public events after two students at the University of Maine in Farmington held up signs in protest of the controversial executive on Tuesday. The two students silently held a sign that read, “LePage: Maine’s Shame,” and another which gave LePage a report card grade of an “F,” while the governor was set to give a speech at a building dedication ceremony.

About 15 seconds into his remarks, LePage appeared to notice the signs and began stammering over his remarks.

“It’s an honor to be here, uh, to be here on this rare occasion, at the university where it is named the University of Maine, which is part of our great state and has a great history, uh,” LePage said, after a rather dry joke about his lone surviving college memory about spring break. Seconds later, a clearly annoyed LePage stormed off the stage, saying, "I'm sorry, I'm done."

As he walked away, LePage turned to the students and said, "thank you, you idiots out back there with the signs," according to the Portland Press Herald.

"I was sickened by the lack of respect displayed by two protesters holding up demeaning signs," the governor said in a statement, announcing he planned to skip out on some future public events to prevent serving as a "distraction."

“I am accustomed to daily attacks and ridicule from protesters, but most people are not,” Le Page wrote. “Since I am such a distraction to the media, I will no longer attend some of these public events."