"We will not play the role of spoiler": Jane Sanders smacks down Donald Trump's suggestion that Bernie run third-party

“Bernie will not be running as an Independent” 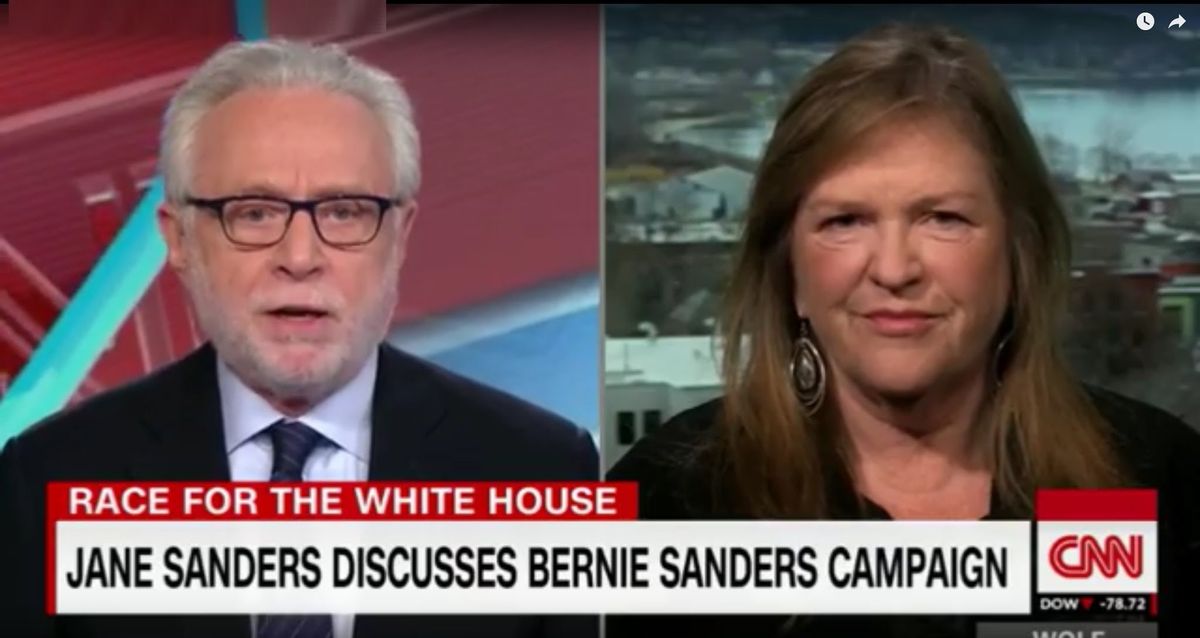 As the Democratic primary winds down, Bernie Sanders has received a lot of unsolicited advice on what he should do with his candidacy in the likely event he doesn't secure the nomination. Some, genuine appeals to consider third-party bids, like Jill Stein's suggestion for a unity Green Party ticket, while others are more like nefarious trolling from the likes of Donald Trump.

"Bernie Sanders has been treated terribly by the Democrats,” Trump wrote on Twitter Tuesday, citing overwhelming superdelegate support for rival Hillary Clinton. “He should show them, and run as an Independent!"

“Bernie will not be running as an independent,” Sanders bluntly told CNN’s Wolf Blitzer on Tuesday. “We’ve been very clear right from the beginning that we will not play the role of spoiler.”

While both Trump and Sanders may be new to their respective parties, Sanders made clear that like unlike Trump’s threats to throw a temper tantrum and run third-party if Republicans deny him the nomination, her husband had no intentions to damage the Democratic Party.

Asked about reports that the campaign planned to reassess after Tuesday’s primaries, Sanders said they “assess on an everyday basis” and insisted her husband had no intention of dropping out of the primary until the last election in Washington, D.C. on June 14. Foreshadowing the campaign’s official statement after losing four out of five states on Tuesday, Sanders said that even if her husband is not the eventual Democratic presidential nominee, his movement will be a force “to be reckoned with” in the general election and in down ballot races.

.@janeosanders responds to Donald Trump: "Bernie will not be running as an independent" https://t.co/6OZtrfIwim https://t.co/5RLWPlv1zA

“The people in every state in this country should have the right to determine who they want as president and what the agenda of the Democratic Party should be. That’s why we are in this race until the last vote is cast,” Sanders, the candidate, wrote in a statement Tuesday night:

That is why this campaign is going to the Democratic National Convention in Philadelphia with as many delegates as possible to fight for a progressive party platform that calls for a $15 an hour minimum wage, an end to our disastrous trade policies, a Medicare-for-all health care system, breaking up Wall Street financial institutions, ending fracking in our country, making public colleges and universities tuition free and passing a carbon tax so we can effectively address the planetary crisis of climate change.