Come again: Why ejaculating is really, really good for you 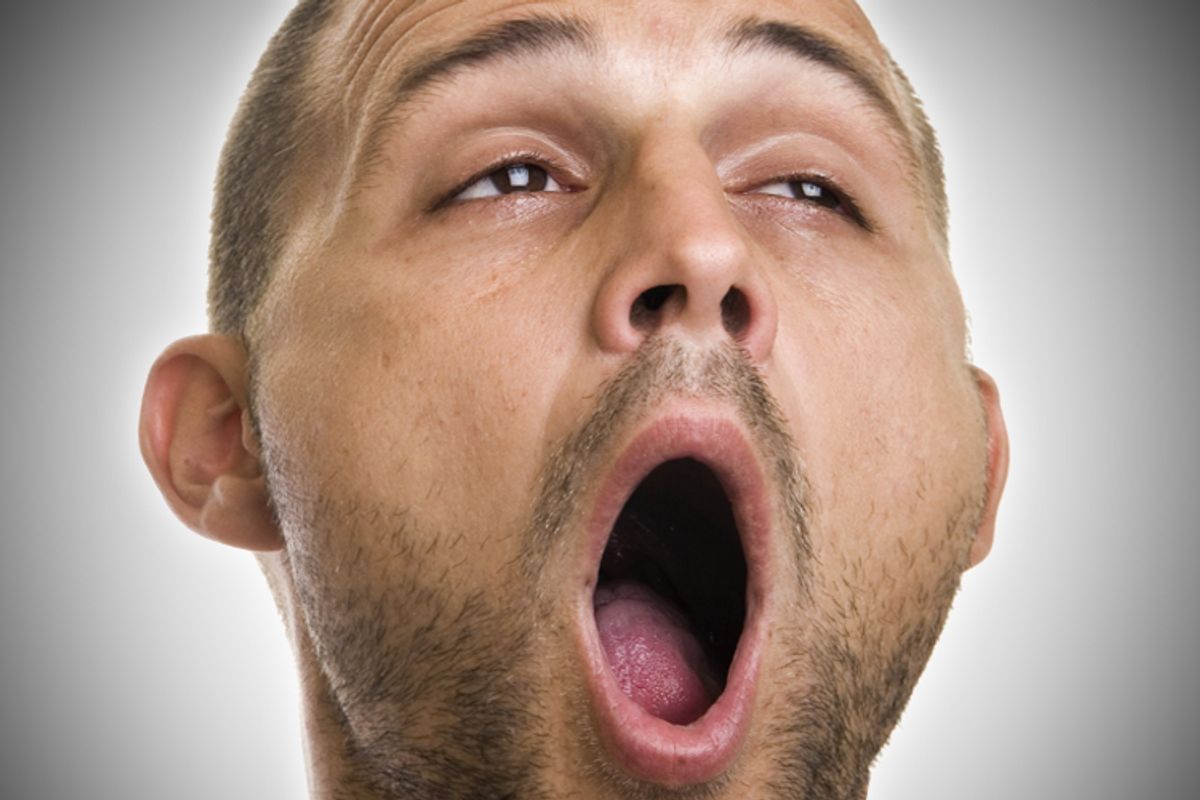 Baiting men into ejaculating doesn’t really seem like such a huge challenge. But if you’re looking to help an infrequent ejaculator up his game, you may want to remind him of two things: sexual exploration is good for the soul, and ejaculation may be great for the prostate.

A new U.S. study suggests men who ejaculate often are less likely to be diagnosed with prostate cancer than those who don’t.

Researchers followed around 32,000 (mostly white) men starting in 1992, when they were in their 20s, and capped the project in 2010. In those 18 years, almost 4,000 participants were diagnosed with prostate cancer. All subjects completed questionnaires about their sexual health and ejaculation frequency. They were asked to hand over medical records and lab tests in order so the researchers could verify which participants were diagnosed with prostate tumors.

Here is the full breakdown of cases:

“While our findings should be confirmed in studies that evaluate the potential biological mechanisms underlying the observed associations, the results of our study suggest that ejaculation and safe sexual activity throughout adulthood could be a beneficial strategy for reducing the risk of prostate cancer,” lead study author Jennifer Rider, who did the analysis while working at the Harvard T.H. Chan School of Public Health in Boston, told the Associated Press.

The team noted that prostate cancer accounts for 15 percent of all new cancer diagnoses worldwide. They suspect that frequent ejaculation may be one of the only lifestyle changes that can help reduce the risk of being diagnosed. That advice may be best applied to low-risk individuals without symptoms of prostate tumors such as pain or urinary difficulties. “The apparent protective effect of high ejaculation frequency was seen mainly in reduced numbers of low-risk forms of prostate cancer,” the authors note.

Behfar Ehdaie, a urology specialist at Memorial Sloan Kettering Cancer Center in New York who wasn’t involved in the study, told the AP by email, “If ejaculation frequency was truly a causal factor for prostate cancer development, we would expect to find the association across all prostate cancer risk categories.”

It’s also possible that the ability (and drive) to ejaculate frequently comes from a set of conditions already associated with good overall health, like a healthy diet and a normal weight. “Ejaculation frequency is, to some extent, a measure of overall health status in that men at the very low end of ejaculation—0 to 3 times per month—were more likely to have other (medical problems) and die prematurely from causes other than prostate cancer,” said Rider.

Other researchers remain wary of promoting sexual activity as a means of warding off a cancer diagnosis. “Sexual activity can have some negative health consequences, such as acquiring a sexually transmitted infection,” says Siobhan Sutcliffe, a cancer researcher at Washington University School of Medicine in St. Louis who wasn’t involved in the study.

Of course, one doesn't need to have sex to ejaculate. And those who choose to embark on an unaided ejaculatory journey can take comfort in the fact that maybe it will help protect them later in life, maybe it won't, but it certainly won’t hurt. If anything, it’s going to feel really, really good.