Worse than Paul LePage: Portland is a case study in how not to handle an opioid crisis 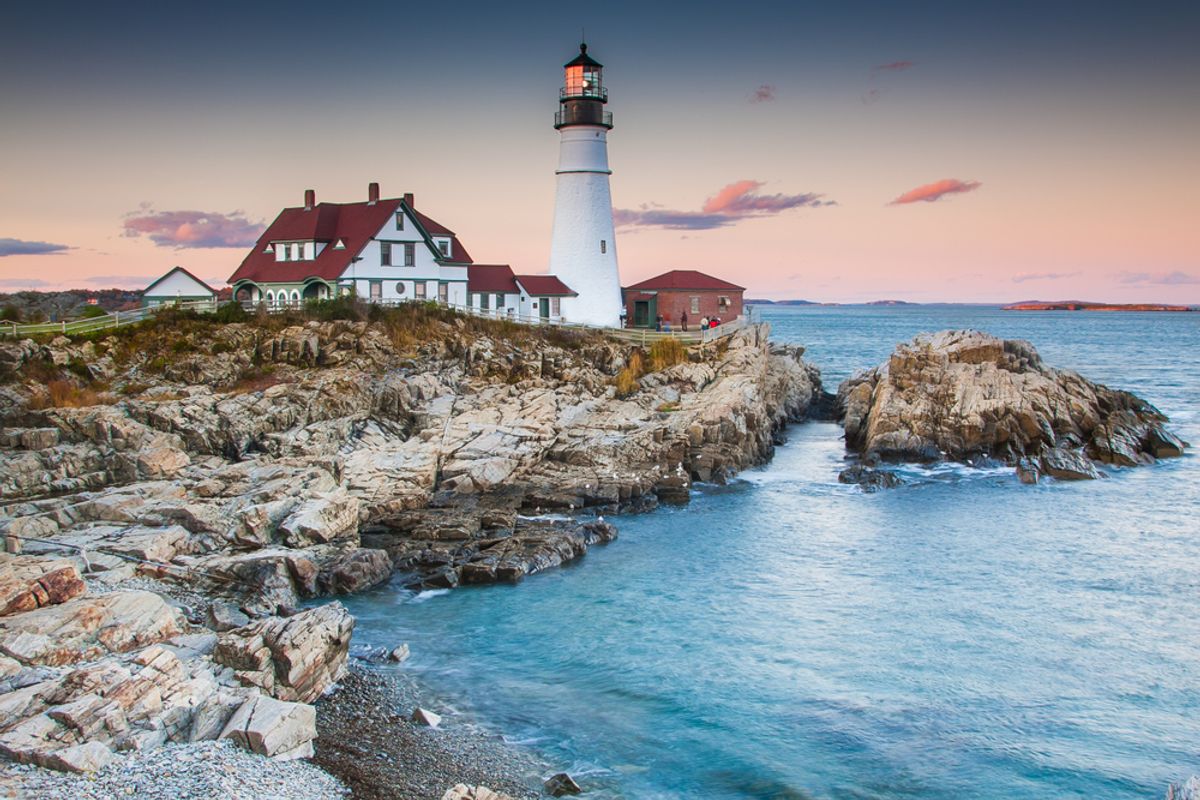 People across the country have heard of Maine’s far-right governor Paul LePage, who openly uses racist epithets to dehumanize and scapegoat African Americans and just vetoed a bill to expand access to the proven drug overdose antidote Naloxone, stating that it "does not truly save lives; it merely extends them until the next overdose.”

Lesser-known is that Maine's supposedly progressive city of Portland is on the verge of compounding the LePage-wrought human rights disaster by potentially shuttering the India Street Public Health Center, the city's only public clinic that provides overdose antidote prescriptions, sexually transmitted infection testing, a needle-exchange program and an HIV positive primary health care clinic that even the local government acknowledges has a stellar track record.

“I think the clinic saved my life,” said one southern Maine resident who requested anonymity due to the stigma around HIV. “When I was diagnosed with HIV 10 years ago, I was devastated. The staff there took me under their wing and really made me feel like it was not a death sentence. My fear is that, if the clinic closes, people are going to slip through the cracks.”

Some members of Portland’s all-Democrat city council are justifying putting this clinic on the austerity chopping block by trumpeting their simultaneous pursuit of a privatization scheme that will rely on a non-profit clinic, the Portland Community Health Center, which is eligible for federal funding. Yet, language about “fiscal responsibility” and “transfer of services” cannot obscure the fact that the closure is one particularly devastating part of a larger push to slash public healthcare spending by a quarter, at a time the city should be expanding life-saving services.

If city councilors ultimately vote to shutter the clinic, lives will almost certainly be lost. In 2015 alone there were 272 overdose deaths in the state of Maine, a stunning 31 percent increase over the prior year. Last summer, 14 people overdosed on opioids in a single day, in what local and national media outlets and city authorities now openly acknowledge is an epidemic. It is difficult to find someone who hasn’t been touched in some way by the crisis, whether it is losing a loved one, neighbor or a person in their extended circles.

In the midst of this health emergency, our city has become a case study in how public services can be eroded not only through sweeping policy changes, but also via the seemingly apolitical decisions of municipal governments.

Like many stories of privatization and austerity, this one starts with an unelected city manager, Jon Jennings. In addition to serving in the White House under the Bill Clinton administration, Jennings has a long history in the private sector and was notably a general partner in the controversial and ongoing Thompson’s Point development project in Portland, which would include a sports complex and high-end condominiums. Jennings was at the helm of successful efforts to petition the city for a $30 million tax break over 30 years for the initiative, even amidconcerns that the undertaking will worsen ever-rising rents and large-scale displacement. He reportedly disinvested himself from the project shortly before taking his city manager position.

Just months after his June 2015 appointment, which was unanimously backed by the city council, Jennings submitted the dramatic proposal to eliminate the India Street Public Health Center. He slipped the cut into the 2017 budget under the guise of “transitioning” services to the privately managed non-profit Portland Community Health Clinic. India Street PHC might be eliminated even though it only cost the city $378,838 during the fiscal year 2014-2015.

Jennings’ motivation appears to be at least partially ideological. In presenting his plan, he openly questioned the role of municipalities in providing public health services, urging the “right-sizing” of government—a standard conservative talking point. Jennings said the city should “concentrate on the core service areas that matter to our residents and businesses,” referencing streets and sidewalks. “It is our hope we will start a community conversation about the core functions of government,” he declared in April.

But according to those who rely on the clinic—which serves primarily people who are LGBTQ, HIV positive, inject drugs, and/or have modest means and stable housing—there has been no meaningful conversation at all. In fact, the city has reportedly placed an effective gag order on India Street PHC Staff, who are poised to lose their jobs, as well as their union representation (Portland Community Health Clinic is non-union).

Meanwhile, patients, volunteers and community members have testified that the closure will fragment services and sever trusted relationships, causing many to simply fall through the cracks. One patient, who asked to remain anonymous, also credited the clinic with “saving my life.” Citing the rapidly gentrifying city, the patient added, “It isn't about the money not being there; it's about the priorities in spending.”

Jennings’ proposed budget shows where his priorities lie. He allocates $1,271,838 for a golf course and a golf course restaurant, a budget line that was questioned by the public at a public hearing last week. When pressed, Jennings replied that the golf course provides “year-round services for many people.”

At the hearing, members of the finance committee tacked on another line: $73,000 to fund a school police officer, against the recommendations of the school board. This compares with a 25.8 percent decrease in public health spending from the fiscal year 2016—a cut totaling nearly $1 million dollars. This slash comes despite the fact that Portland’s own police chief acknowledges that the city cannot arrest its way of the opioid and heroin crisis.

What’s more, the proposal throws significant cash toward “building a more efficient permitting process for development,” as Portland Mayor Ethan Strimling put it in a speech delivered this week raising concerns about the proposed budget. In other words, healthcare is being slashed so that developers can catch a break.

"There's a concerted rush to polish the city up and serve it on a platter to developers," said Annie Spencer, a PhD researcher writing a dissertation on the opioid epidemic who volunteers with India Street Needle Exchange Program. "We know this is an abysmal 'economic growth' strategy. Increasingly data shows that the luxury condo boom is about wealthy people needing a store of wealth. It's a national scandal, but as is typical, policymakers in Maine seem to be slow to catch on, and unwilling to be any kind of trendsetters toward something else, more livable and sustainable for all."

The Myth That Private Is Better

Despite these seeming contradictions, the proposal breezed through the finance committee of City Hall, following the inclusion of a minor delay on the closure of STD testing and the needle exchange programs. This extended timeline, however, does little to assuage the concerns of the India Street PHC’s backers, given that the loss of the center’s STD clinician would mean the elimination of staffing revenue for the needle exchange, which relies on an STD grant to fund its two paid positions. Christopher Buerkle, a patient and volunteer with the STD clinic, explained, “What we see the most of here is gonorrhea and chlamydia, and a rise in syphilis—and those we won’t be able to test for. I believe we will see a rise in infections.”

Some city councilors, meanwhile, seem to be under the impression that Portland Community Health Clinic, because it is a federally qualified health center and therefore eligible for elevated levels of federal funding, is somehow preferable. FQHCs, which haveexpanded under the administrations of George W. Bush and Barack Obama, can be public or private, non-profit institutions that meet federal criteria.

Yet, one only has to look to immediate Portland history to identify the problems with rapidly seizing public health goods from public control in order to ratchet up public funds. As recently as 2014, the city closed a decades-old Healthcare for the Homeless clinic and transferred services to Portland Community Health Center. According to Randy Billings, a reporter for the Portland Press Herald, the transfer has resulted in a loss of services. While the number of patients served has apparently risen, the number of patients accessing dental care and behavioral health services has decreased by roughly two thirds and 50 percent.

Most damningly, when asked about the transfer, the city’s health and human services director Dawn Stiles stated that “the city didn’t conduct an analysis of how the previous transition went and doesn’t plan to do one.” In an interview with Billings, Mark Swan, director of the local homeless resource center and soup kitchen Preble Street, stated that Portland Community Health Clinic “doesn’t have the capacity to support fully what the city offered before… It’s a much lesser clinic than it was when the city ran it.”

Looking to the national landscape, the expansion of FQHCs—whether private or public—does not occur in a vacuum. Data shows that public health systems nationwide are being systematically defunded in the United States. A survey by the National Coordinating Center for Public Health Services and Systems Research and Public Health Practice-Based Research Networks found that, “Reductions in the public health activities provided fell by nearly 5% in the average community between 2006 and 2012, and most sharply among communities experiencing the largest increases in unemployment and the largest reductions in governmental public health spending.”

The authors of this article do not issue a blanket indictment of all FQHCs, many of which are publicly owned and on the front lines of serving poor people and communities of color. But in those instances where a public health good is wrested from public control and allegedly placed into private hands, we are alarmed, whether or not this seizure takes place in the name of securing federal dollars.

As Michael Lighty, policy director for National Nurses United, told AlterNet, “It’s severely detrimental to public health when you have a public crisis like the opioid epidemic and then privatize services in response. That can only mean less access. No governmental agency has been relieved of their obligation to protect public health. There is no excuse for privatization. Elected officials cannot relieve themselves of an essential function.”

In the case of Portland, an unelected official has proposed to shrink the sphere of public control over life-saving services—and now that plan is in the hands of city representatives to vote up or down. The people who rely on India Street PHC do not have the power of officials like Jennings; there is no $30-million-dollar windfall coming their way. But in the face of a potentially catastrophic closure, and amid a rapidly gentrifying city, they are marching and mobilizing in hopes of saving their clinic. Because the clinic has saved so many.

Disclosure: The authors of this article are active members of the Southern Maine Workers’ Center, which released astatementcondemning the proposed closure of the India Street Public Health Center. They are currently engaged in efforts to prevent the shuttering of the facility. Annie Spencer, quoted in this article, also contributed research to the piece.