"He could end a rally by f**king a pie with his tiny c**k": Bill Maher explains Donald Trump's politically incorrect appeal

"America has been choking on political correctness for 20 years," the former host of "Politically Incorrect" says 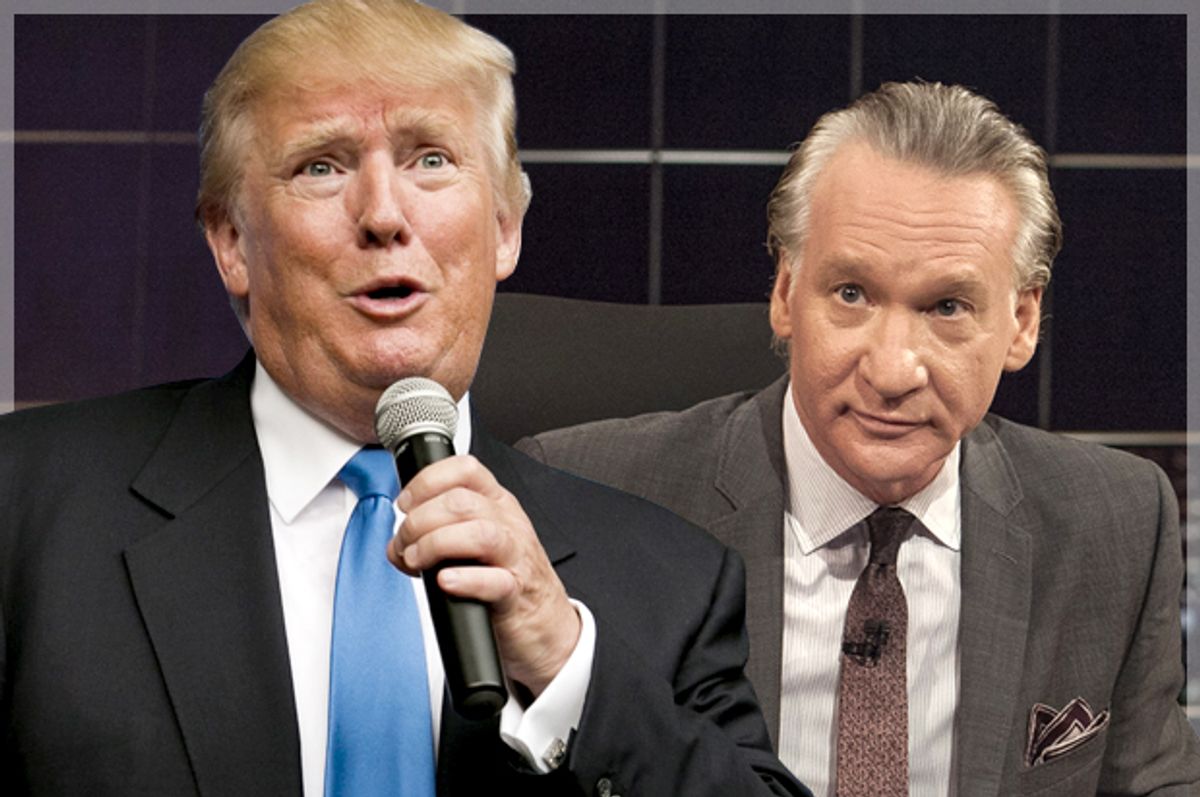 Bill Maher thinks Donald Trump has no chance of winning a general election, but the former host of "Politically Incorrect" certainly understands why the blustery billionaire(?) is poised to become the most popular Republican presidential candidate in modern history.

"I think the American people are fed up in a lot of ways, many of them justifiably, and they are playing a game of chicken," Maher told Variety in a delightful new interview. "America has been choking on political correctness for 20 years or more," the HBO host said, invoking his popular show from the 1990s. Maher said Trump had finally done away with "the idea of political incorrectness being a third rail":

All of us thought that he would be out as soon as he said that thing about John McCain not being a war hero. We thought, ‘Well, this is the end of him.’ And then he said Carly Fiorina was too ugly to be president. And he said Megyn Kelly was having her period. And he made fun of a guy with cerebral palsy. I mean, what does this guy have to do to get people to turn off to him? Fart in Jesus’ face — I mean it is crazy. He could end a rally by fucking a pie with his tiny cock.

"America just really embraced the idea of somebody who doesn’t walk back every thing he says that makes someone somewhere in America uncomfortable," Maher told Variety's Ted Johnson. "And by the way that is a very attractive stance to take. It is just unfortunate that it is being taken by someone who is such an idiot."

Maher blamed the anger that fuels Trump's campaign to "Make America Great Again" on what he called "ghettoized media."

"Half the country listens to Fox News, half the country listens to some liberal outlets that they like, and somehow they have this idea in their head that the other side is completely evil," Maher explained of the fractured media landscape. "The truth is, as much as the Republicans talk, about what a shit hole this country is, it is actually in way better shape than it has been in a long time."

"You don’t get any news anymore on CNN or MSNBC. All you get 24 hours a day is covering this reality show horse race. Not that that is not news. This is a presidential election, but it is not the only news."

Read the "Real Time" host's thoughts on donating $1million to a pro-Clinton super PAC, why boycotts of North Carolina are futile and why he thinks liberals are "coming much more over to my point of view" on Islam over at Variety...