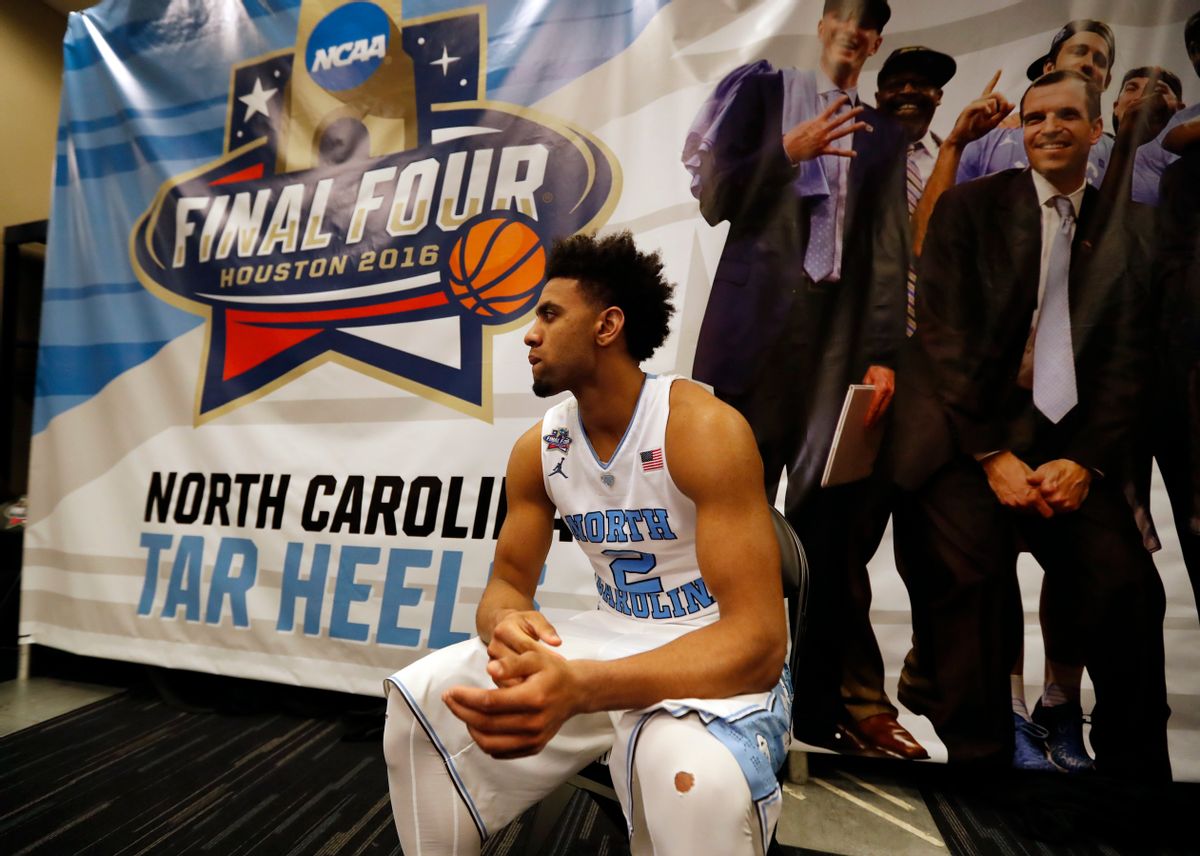 The NCAA's Board of Governors voted Wednesday to add anti-discrimination laws to its list of criteria for vetting host cities for "events in all divisions — from the Men’s and Women’s Final Fours to educational events such as leadership development conferences," according to a news release.

The announcement, made at the board's quarterly meeting in Indianapolis, is an apparent response, in part, to the so-called "bathroom bill" recently passed in North Carolina that restricts bathroom use to one's biological gender, seen as explicitly discriminatory of the transgender community.

"The board’s decision follows the recent actions of legislatures in several states, which have passed laws allowing residents to refuse to provide services to some people based on their sexual orientation or gender identity," the NCAA statement reads. "While proponents of the laws focus on how they protect religious beliefs, critics have voiced concerns that they create an environment of sanctioned discrimination."

"The higher education community is a diverse mix of people from different racial, ethnic, religious and sexual orientation backgrounds," said Kirk Schulz, chair of the Board of Governors. "So it is important that we assure that community – including our student-athletes and fans – will always enjoy the experience of competing and watching at NCAA championships without concerns of discrimination."

Read the NCAA Board of Governors' full statement here.