This is what the revolution looks like: Former Sanders staffers are launching a new PAC aimed at midterm Congressional elections 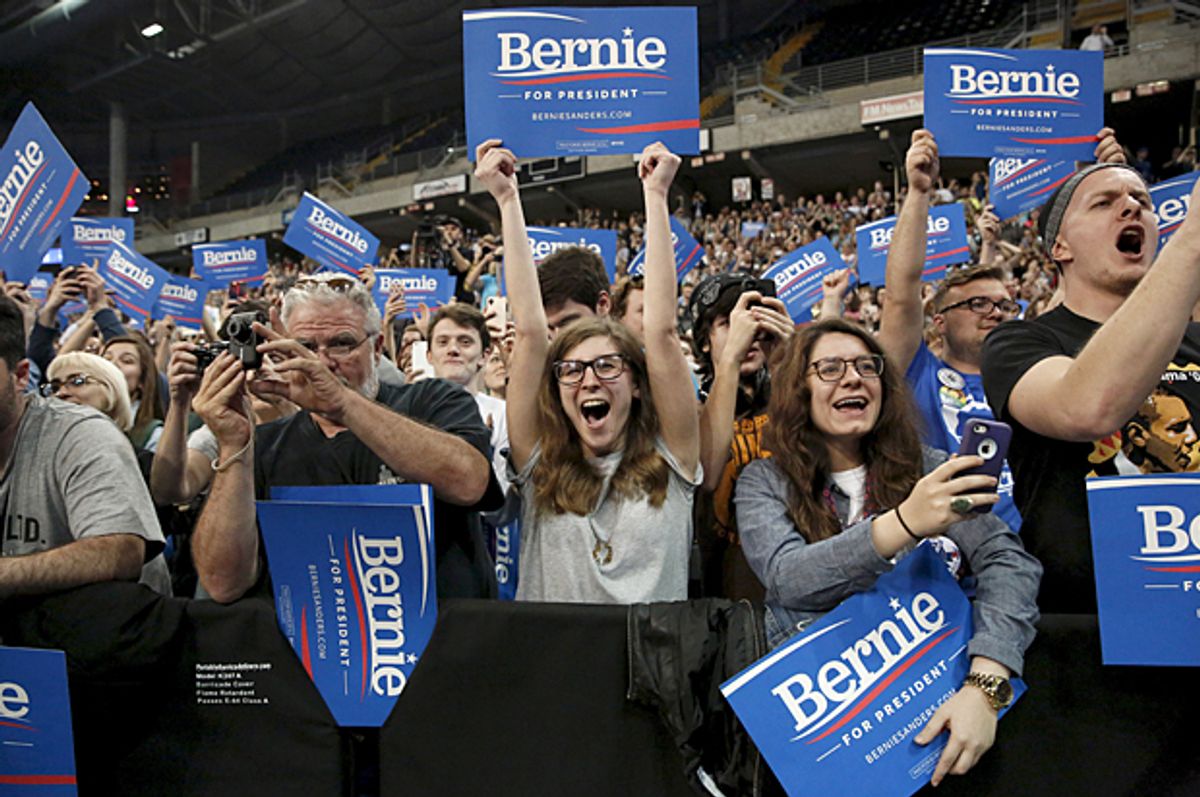 Bernie Sanders has called his campaign a “political revolution.” The word “revolution” is poorly defined in the political science literature, and it's used so often in popular culture as to strip it of any concrete meaning. Generally, though, people take revolution to mean wholesale change, a rupture in the status quo. To his credit, Sanders has been quite clear about what he means by the phrase:

“What does a political revolution look like? It means that 80 percent of the people vote in national elections, not 40 percent. It means that billionaires can't make unlimited campaign contributions and buy and sell politicians. It means that the U.S. Government represents the needs of all the people, not just the 1 percent and their lobbyists.”

Sanders has said repeatedly that his goal is to bring more people into the process. Although lost on a subset of his supporters, Sanders has spoken soberly about the prospects of radical change in this country. His speeches are full of rhetorical flourishes and grand pronouncements, but he's admitted that accomplishing his agenda will require more a single presidential election. “I acknowledge at every speech that I give,” he told MSNBC's Chris Matthews, “that no president, not even Bernie Sanders or anybody else can do it alone.”

Real change in this country will require a sustained national mobilization, what I've called a counter-Tea Party movement. While their agenda was nihilistic and obstructionist, the Tea Party was a massive success by any measure. And they succeeded because they systematically altered the Congressional landscape. Our system is such that the president, no matter who she is, can accomplish very little legislatively without a majority in Congress.

Currently, the GOP has a 30-seat majority in the House; so long as that's the case, there is virtually no chance of passing universal health care or a higher minimum wage or sensible financial regulations or even a carbon tax, all of which are central to Sanders's platform.

Now that it's clear Sanders won't be the Democratic nominee, it's worth asking: What becomes of his “revolution”? Will his supporters remain engaged beyond 2016 or will they retreat from politics altogether? Again, even if Sanders was elected president, he would still face the same systemic constraints as Obama.

There is at least one positive sign that the Sanders movement will not end in November. According to The Huffington Post's Samantha Lachman, some of Sanders former staffers and volunteers have formed a new political action committee, the purpose of which is to put progressives in Congress.

Lachman writes: “Brand New Congress, which was launched Monday, is looking ahead to the 2018 midterm elections to 'replace Congress all at once' with lawmakers who agree with the Vermont independent's policy positions...A timeline on the PAC's website says that it plans to form local search committees to recruit organizers and candidates who are new to politics. The PAC says it will codify various progressive policies in a platform that its slate of candidates must support.”

Zack Exley, who helped found the PAC, explained it well: “We learned...that the grassroots are better qualified to run electoral campaigns than Democratic party operatives...They just need to be given the tools, the data, the offices and the structure to succeed.” “We want a supermajority in Congress,” Exley added, “that is fighting for jobs, criminal justice reform and the environment.”

Sanders has yet to endorse the group, but I suspect he will after the election – and he should. His campaign has shown that the country will respond to a progressive platform if it's couched in the right terms. Sanders has outraised the Clinton machine for three consecutive months on the backs of small individual donors and despite being far behind in the delegate count. He's amassed a two-million-person donor list, which can be used to leverage support for progressive House candidates nationwide. That Sanders, a relative unknown on the national stage a year ago, could accomplish this much this quickly says something significant about the mood of the country.

I'm not sure if revolution is the right term, but Sanders has certainly started a movement. If progressives want to build on that movement, if they want to effect real change, this what they have to do. Whether or not “Brand New Congress” will succeed is hard to say. But they have the right idea, and Sanders supporters ought to turn their attention to the midterms the day after the presidential race, as what happens there is every bit as important as who wins the White House.