Susan B. Anthony, Lucretia Mott and Eleanor Roosevelt are just a few of the faces adorning our new currency 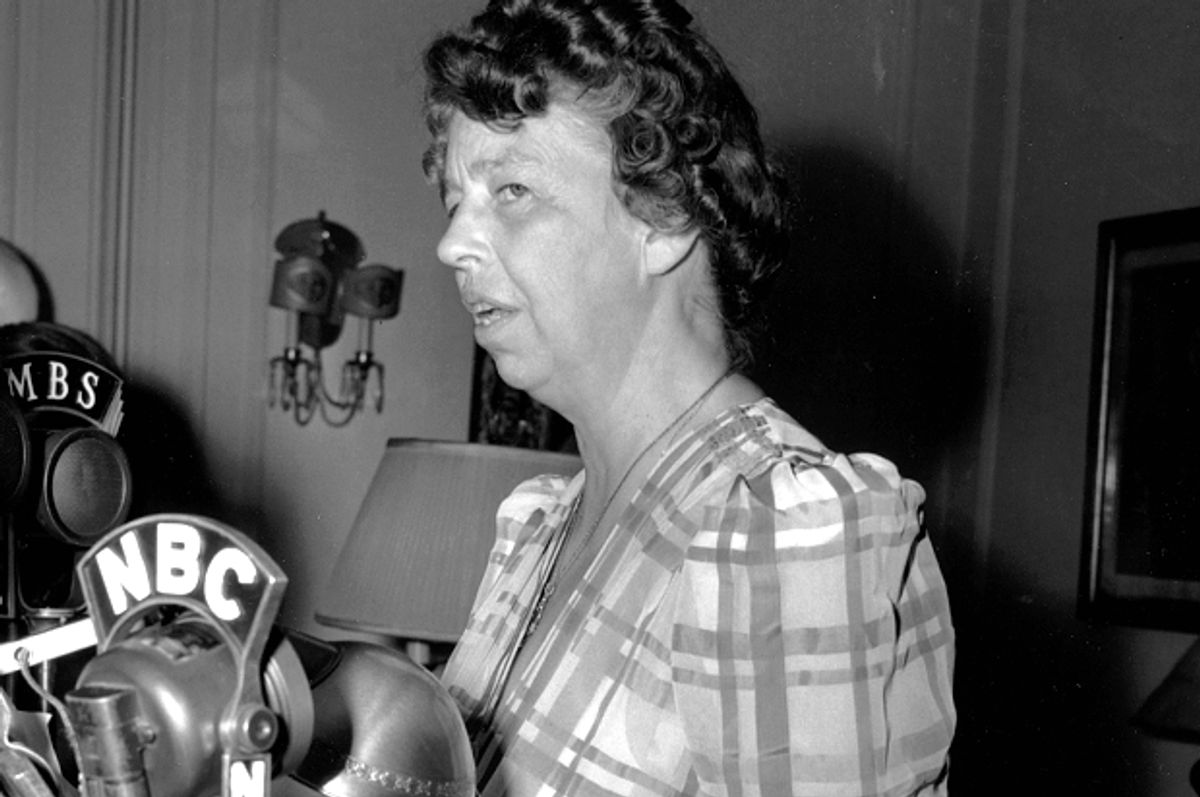 Abolitionist Harriet Tubman has been getting a lot of press for officially replacing Andrew Jackson on the front of the $20 bill. But she’s not the only one changing the face of American currency.

The Treasury Department announced last week that seven other women, as well as Martin Luther King, Jr., will be featured in its upcoming redesigns. Five women—Susan B. Anthony, Lucretia Mott, Alice Paul, Elizabeth Cady Stanton, and Sojourner Truth—will be highlighted on the back of $10 bill, next to a depiction of the 1913 women’s suffrage procession. Marian Anderson and Eleanor Roosevelt will join King on the back of the $5 bill.

The last time a woman was featured on a paper note was in 1886, when first lady Martha Washington was honored on the $1 silver certificate. The first woman was Pocahontas, who graced the $20 bill from 1865 to 1869.

Learn more about the women who made the Treasury’s cut.

Born in February 1820, Anthony grew up in a Quaker family in Massachusetts. She became active in women’s suffrage after being denied the opportunity to speak at temperance rallies. Anthony, alongside friend Elizabeth Cady Stanton, dedicated her life to canvassing the nation for women’s right to vote, co-founding the National Woman Suffrage Association in 1869. Anthony was also a vocal opponent of slavery.

Born in Massachusetts in 1793, Lucretia Mott, then a schoolteacher, became involved in the women’s rights movement after discovering she was paid significantly less than her male counterparts. Mott was a key organizer of the Seneca Falls Convention in 1848. She was also a vocal abolitionist; in 1866, Mott was elected as the first-ever president of the universal suffrage group, the American Equal Rights Association.

Born to a New Jersey Quaker family in 1885, Alice Paul became involved in women’s suffrage after joining her mother for meetings of the National American Woman Suffrage Association. As the leader of the National Women’s Party, Paul spearheaded the effort to ratify the 19th Amendment, which granted women the right to vote. She also worked to ensure women were included in the Civil Rights Act of 1964.

Suffragist and abolitionist Elizabeth Cady Stanton was born in New York in 1815. At the Seneca Falls Convention in 1848—which was held at her home—Stanton presented the Declaration of Sentiments. The famous document was modeled after the U.S. Declaration of Independence, and is often credited withjumpstarting the women’s suffrage movement in the United States.

Sojourner Truth, born Isabella Baumfree, escaped from slavery with her infant daughter in 1826. She became a Methodist in 1843, and the following year joined the Northamptom Association of Education and Industry, an organization that focused on abolition and women’s rights. In 1851, Truth delivered her most famous speech. “Ain’t I a Woman?” which dealt with the intersectionality of women’s rights and black rights.

Born in Pennsylvania in 1897, Anderson began singing at age three. As a teenager, Anderson was turned away by the Philadelphia Music Academy for being black, though she continued to practice music and eventually earned critical acclaim for her performances. Despite her commercial success, the Daughters of the American Revolution denied Anderson a chance to sing at Constitution Hall in 1939. Later that year, first lady Eleanor Roosevelt — who resigned from DAR over its rejection of Anderson—organized a performance at the Lincoln Memorial, where the singer drew a crowd of 75,000 people.

One of the nation’s most beloved first ladies, Eleanor Roosevelt was born in New York in 1884. As the longest-serving first lady of the United States, Roosevelt stirred controversy by holding press conferences, writing a syndicated newspaper column and (sometimes) publicly disagreeing with her husband, President Franklin D. Roosevelt. Eleanor Roosevelt committed her life to fighting for human rights, serving as the first chair of the UN Commission on Human Rights and helping draft the Universal Declaration of Human Rights.

Could this slew of new female faces on American currency mark a shift in the nation's role models?

“Andrew Jackson is what we used to think of as a great American hero,” Brenda Stevenson, UCLA professor of history and African American studies, toldSamantha Masunaga of the Los Angeles Times.

“He stood for the white, male political and economic elite, with great military honor associated with him. ...We have this woman [Tubman] who in many ways is just the complete opposite of Andrew Jackson, and it speaks volumes that we can recognize [Tubman] as this great American hero and image of what it means to be American.”

Thanks to the U.S. Treasury, Tubman will be joined by several other powerful female visionaries who can help her carry the mantle of American social activism into the future.