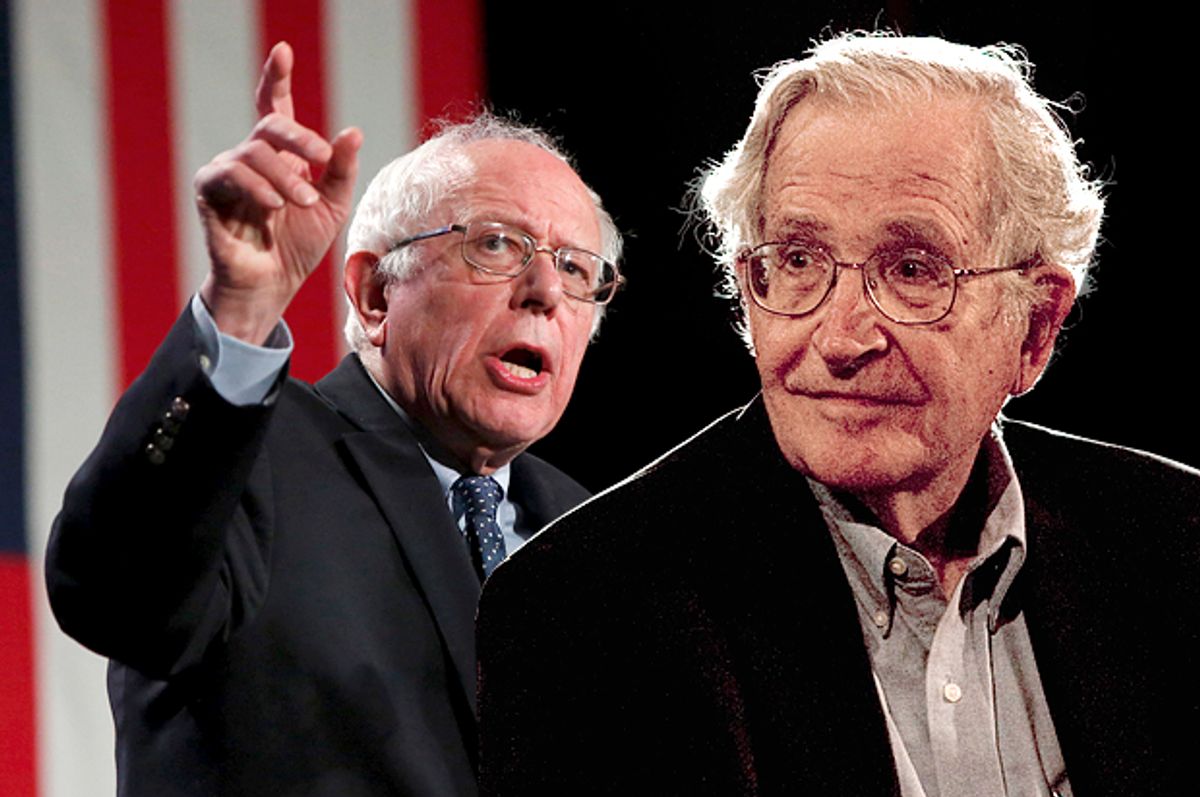 Lost in the discussions about Bernie Sanders's “socialism” is an obvious and important fact: What he's actually proposing is not only not radical – it's mainstream. Sanders decided not to dodge the “socialist” label and instead own it by contextualizing it in the broader American tradition. He even gave a sweeping speech in which he grounded his philosophy in the tradition of FDR:

“Almost everything he [FDR] proposed was called 'socialist.' Social Security, which transformed life for the elderly in this country was 'socialist.' The concept of 'minimum wage' was seen as a radical intrusion into the marketplace and was described as 'socialist.' Unemployment insurance, abolishing child labor, the 40-hour work week, collective bargaining, strong banking regulations, deposit insurance, and job programs that put millions of people to work were all described, in one way or another, as 'socialist.' Yet these programs have become the fabric of our nation and the foundation of the middle class.”

All Sanders has done is challenge the gospel of neoliberalism, which has systematically gutted our country's public institutions. America's economy has been steadily deregulated since the 1980s, when President Reagan first surrendered to the privatization scheme of neoliberalism. What we're left with now, as Sanders pointed out in that speech, is a system “which during the 1990s allowed Wall Street to spend $5 billion in lobbying and campaign contributions to get deregulated. Then, ten years later, after the greed, recklessness, and illegal behavior of Wall Street led to their collapse, it is a system which provided trillions in government aid to bail them out.” In other words, we now have socialism for the rich and free market capitalism for everyone else. This is a perverse inversion of the historical norm, and Sanders is right to attack it.

On Tuesday night, Noam Chomsky was asked what he thought about Bernie Sanders's platform. His answer was what you'd expect from someone aware of the nation's political history:

“He's considered radical and extremist, which is a pretty interesting characterization, because he's basically a mainstream New Deal Democrat. His positions would not have surprised President Eisenhower, who said, in fact, that anyone who does not accept New Deal programs doesn't belong in the American political system. That's now considered very radical.”

This point can't be made enough. For all his talk of a “revolution,” Sanders's proposals are far too modest to be called revolutionary. He's merely demanding a return to the midcentury norm, to the nation of FDR and Eisenhower and Johnson.

Another critical point is how aligned with public opinion Sanders's policies are. If you cut through the rhetoric and the white noise, you find that most Americans support what are undeniably socialist programs, like Social Security and Medicaid and Medicare. These programs aren't understood popularly as “socialist,” but that's what they are. Chomsky continues:

“The other interesting aspect of Sanders's positions is that they're quite strongly supported by the general public, and have been for a long time. That's true on taxes. It's true on healthcare...His proposal for a national healthcare system, meaning the kind of system that just about every other developed country has, at half the per capita cost of the United States and comparable or better outcomes, that's considered very radical. But it's been the position of the majority of the American population for a long time. So, you go back, say, to Reagan – right now, for example, latest polls, about 60 percent of the population favor it...You go back earlier to the Reagan years, about 70 percent of the population thought that national healthcare should be in the Constitution, because it's such an obvious right.”

And yet we're told, repeatedly, that Sanders is the outlier, the extremist. This is patently false, and the result of media-driven confusion about our history and the term “socialism.” The only radical movement in this country the last several decades has been led by the Republican Party, which has shifted our discourse so far to the right that what was once a bipartisan mainstream position is now radical by comparison.