Polls have Hillary beating Trump in swing states, but the billionaire is far more popular than we'd like to believe 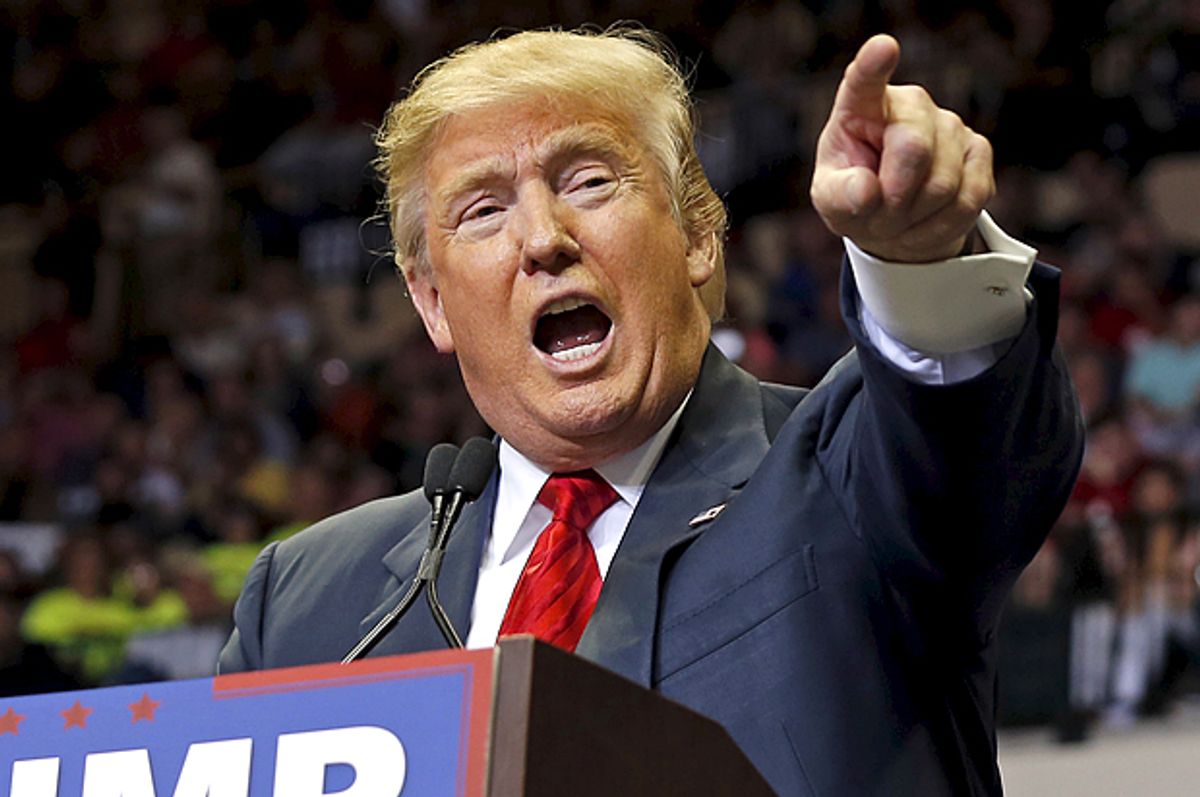 Pundits are paid to pretend they know things. But we have no special insight, no higher claims to truth. We're wrong as much as we're right, if not more so. Sometimes it's clear what will happen, often it's not. In the case of Trump, everyone – myself included – got it wrong.

When Trump descended preposterously from that escalator and announced he was running for president, we all giggled. Trump? President? Seriously? And yet all the polls suggested that he had real traction. But we assumed his star would fade. Then he started winning primaries – by massive margins. We downplayed it. Then he made one gaffe after another – insulting John McCain's military service, hurling a menstruation jab at Megyn Kelly, calling Mexicans “rapists” and “criminals,” promising to ban all Muslims from entering the country. He even vicariously called Ted Cruz a “pussy.”

None of it mattered. Trump is now on track to receive the most primary votes in the history of the Republican Party. Let that sink in for a moment.

The political class is experiencing a collective cognitive dissonance: We just can't quite believe this is happening. And yet it is happening – right now, in front of our faces. Barring something extraordinary, Trump will be the Republican nominee. Will he win the general election? Probably not. But he absolutely could win, and willing ourselves to ignorance won't make it any less likely.

To read the latest “Insiders” report at Politico, however, is to discover how little pundits – on both sides – have learned. Here are some of the quotes from people dismissing Trump's chances altogether:

“There is positively no way for Trump to win in Pennsylvania.”

“Trump cannot and will not carry Ohio.”

“Trump is grinding the GOP to a stub. He couldn't find enough xenophobic, angry white Floridians to beat Hillary in Florida if he tried.”

“I not only think [Hillary] will win Florida in November if Trump is the nominee, I think she'll win 30+ states.”

“New Hampshire is potentially a swing state but Hillary would win in a rout with profound down ballot consequences.”

“Hillary Clinton will put North Carolina back in the blue column.”

“Trump will win some redneck cow counties, but Hillary will crush him in the urban areas of Las Vegas and Reno.”

It's entirely possible that every single quote above will be proven true. But this notion that it's a no-brainer, that Trump has no chance whatsoever, is foolish. To begin with, if it wasn't for Trump, Clinton would be the least  popular presidential candidate in modern history. Furthermore, if Trump can carry states like Connecticut, Massachusetts, Rhode Island, and Maryland at the rate that he did, there's every reason to believe he could win suburban moderates in areas outside Cincinnati or Columbus or Orlando.

The truth is that Trump is far more popular than we'd like to believe. A recent NBC News/SurveyMonkey poll, for example, showed that Trump reached 50 percent approval among Republicans and Republican-leaners nationally for the first time since the poll started tracking in late December. He's trending upwards, in other words.

As for this claim that there aren't enough “xenophobic, angry white” people to elect Trump, well, that's not so clear either. This is likely the case, but I wouldn't bet the house on it. Take Trump's outrageous comments about banning Muslims. Such an obscene and unconstitutional position ought to sink his campaign. However, as Byron York noted this week, take a look at the exit polls from recent Republican primaries. Voters aren't just sympathetic to Trump's proposal – they support it overwhelmingly. 69 percent of GOP voters in Pennsylvania said they agree with Trump. The number was 68 percent in New York; 69 percent in Wisconsin; 64 percent in Florida; 68 percent in Georgia; 65 percent in Ohio; and 65 percent in New Hampshire. These numbers will be significantly lower in a general election, but they're high enough to dim the excitement of anyone who thinks Trump's xenophobia is a deal-breaker.

The smart money is still on Clinton in November. But we should have learned by now not to underestimate Trump's appeal or the credulity of his supporters. He has tapped into something dark and omnipresent in our body politic. He can win. Democrats would do well not to forget that.