"Grief sedated by orgasm, orgasm heightened by grief": Beyoncé, "Lemonade" and the new reality of infidelity 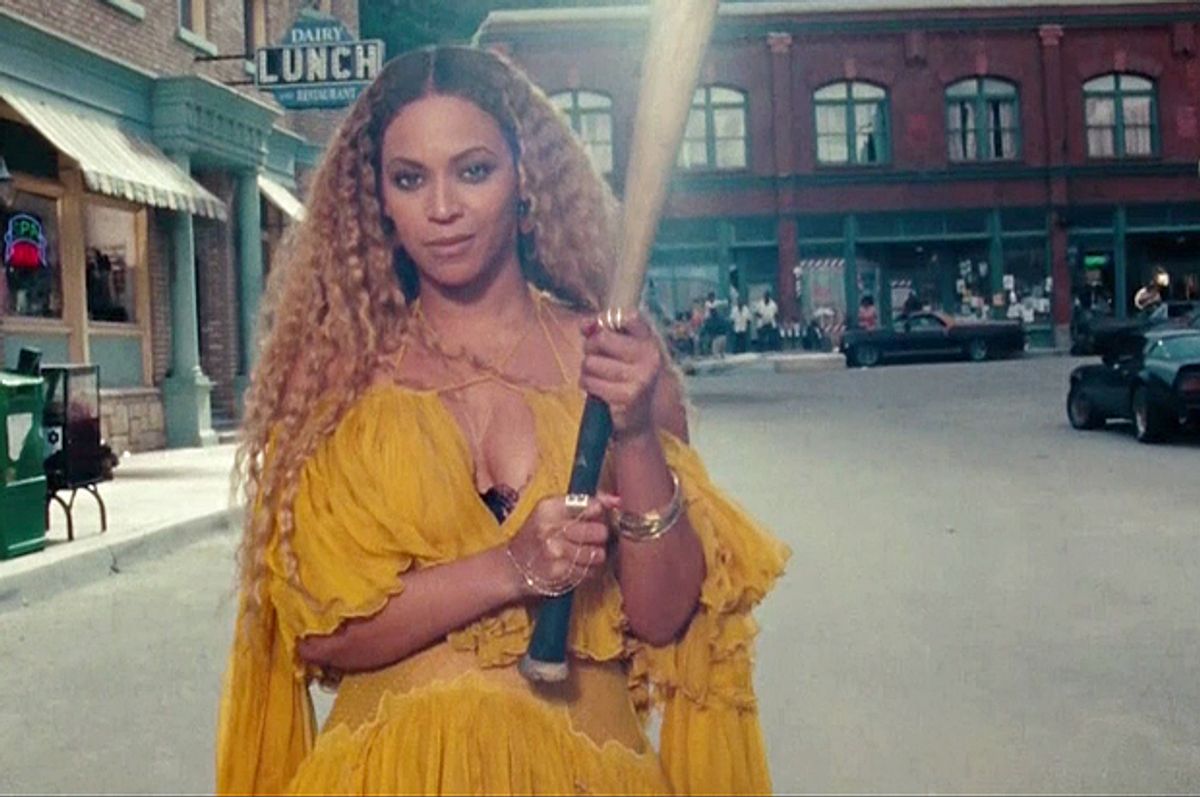 “Are you cheating on me?” Beyoncé asks in her visual album “Lemonade,” which premiered last weekend on HBO. She throws open a door, and water gushes forth—an apt metaphor for the flood of emotions that her question, and its implied answer, unleashes.

As a couples therapist, I’ve sat with hundreds of women, and men, in the turbulent aftermath of infidelity. For the past decade, I’ve been traveling the globe listening to tales of betrayal from every side. What struck me about Beyoncé’s album was both the universality of its themes and the unusual way in which it presented them. Whether autobiography or simply art, her multimedia treatise on unfaithful love represents a refreshing break with this country’s accepted narratives on the topic.

In the American backyard, adultery is sold with a mixture of condemnation and titillation. Magazine covers peddle smut while preaching sanctimony. While our society has become sexually open to the point of overflowing, when it comes to infidelity even the most liberal minds can remain intransigent. We may not be able to stop the fact that it happens, but we can all agree that it shouldn’t.

Another thing most Americans seem to agree on is that infidelity is among the worst things that can happen to a couple. The dialogue here is framed in terms borrowed from trauma, crime and religion: victims and perpetrators; injured parties and infidels; confession, repentance and redemption. As a European, I can testify that in other cultures, the betrayal is no less painful, but the response is more philosophical and pragmatic. Americans do not cheat any less than the supposedly lascivious French; they just feel more guilty about it, because the experience here is framed in moral terms.

Once upon a time, divorce carried all the shame. Today, choosing to stay when you can leave is the new shame. That’s not to say we don’t do it—research indicates that most couples will stay together after an infidelity​—but we do it stoically and silently. Betrayed women only get to sing songs of rage and retribution and wield baseball bats after they’ve walked out the door. Politicians’ wives stand mute beside their contrite husbands at press conferences, and they are judged for doing so. From nationally televised presidential debates to the privacy of the voting booth, Hillary Clinton continues to be held in contempt of the court of public opinion for choosing to stay when she was free to go.

There’s no question that the cultural conversation surrounding affairs reinforces some of America's most deeply held values: love, honesty, commitment and responsibility—values that have been the cornerstones of our society. But the intensity of the reactions that the topic provokes can also generate narrowness, hypocrisy and hasty responses. The dilemmas of love and desire don't always yield to simple answers of black and white, good and bad, victim and perpetrator.

Our current American bias is to privatize and pathologize infidelity, laying the blame on deficient couples or troubled individuals. Beyoncé counters this tendency to individualize sweeping social realities, placing her own story within the cultural legacy of black men, black women and the violence against both. Her lyrics are intensely personal, but she frames them with imagery and poetry that reminds us that historical forces shape our transgressions.

Adultery has existed since marriage was invented, and so too the taboo against it. It has been legislated, debated, politicized and demonized throughout history. When marriage was an economic enterprise, infidelity threatened our economic security. Now that marriage is a romantic arrangement, infidelity threatens our emotional security—our quest to be someone’s one­ and­ only. Today, infidelity is the ultimate betrayal, for it shatters the grand ambition of love.

Given this reality, it’s time for American culture to change the conversation we’re having about infidelity—why it happens, what it means and what should or should not happen after it is revealed. The subject of affairs has a lot to teach us about relationships—what we expect, what we think we want, and what we feel entitled to. It forces us to grapple with some of the most unsettling questions: How do we negotiate the elusive balance between our emotional and our erotic needs? Is possessiveness intrinsic to love or an arcane vestige of patriarchy? Are the adulterous motives of men and women really as different as we’ve been led to believe? How do we learn to trust again? Can love ever be plural?

These are uncomfortable dilemmas, but important ones. That’s what my work is dedicated to: generating conversations about things we don’t like to talk about. Infidelity is still such a taboo, but we need to create a safe space for productive dialogue, where the multiplicity of experiences can be explored with compassion. Ultimately, I believe, this will strengthen relationships by making them more honest and more resilient. I applaud Beyoncé for her courageous contribution to this conversation.

Betrayal runs deep but it can be healed. Some affairs are death knells for relationships; others will jolt people into new possibilities. When a couple comes to me in the aftermath of a newly disclosed affair I often tell them this: Today in the West, most of us are going to have two or three significant relationships or marriages. And some of us are going to do it with the same person. Your first marriage is over. Would you like to create a second one together?