Ronald Reagan and Alzheimer's: There's rich material in his presidency, but dementia isn't a laughing matter 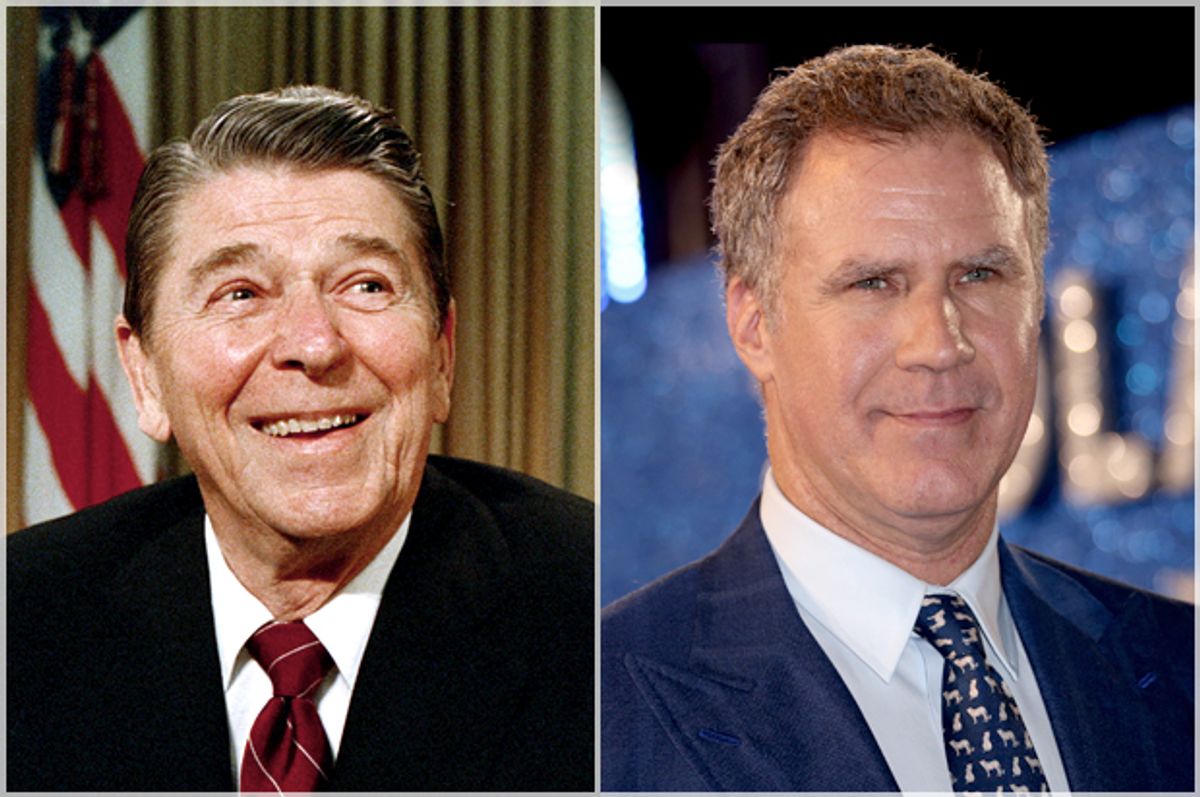 Update: Friday afternoon, The Hollywood Reporter reports that Will Ferrell has backed out of the project.

The news that Will Ferrell, who was so funny as George W. Bush on “Saturday Night Live,” was going to portray Ronald Reagan in a film comedy sounded, at first, like something to look forward to. Reagan-worship has become so blind and widespread on the political right that it seemed like a necessary counterweight. And also, you know, like a movie that could be really funny. Take that, conservatives!

"Reagan," a breakout from Hollywood's "Black List" of most-liked un-produced scripts, tells the tale of an intern trying to convince Ronald Reagan – during his second term -- that he’s actually an actor playing the president in a movie. That’s a great idea for a film, given how confused reality and fantasy got during his time in the presidency. Except for the fact that the story seems to turn on the disease Reagan had late in life – Alzheimer’s – which is really not funny.

The president’s daughter, Patti Davis, wrote a letter to Ferrell that ran in The Daily Beast:

Perhaps you have managed to retain some ignorance about Alzheimer’s and other versions of dementia. Perhaps if you knew more, you would not find the subject humorous.

…I watched as fear invaded my father’s eyes—this man who was never afraid of anything. I heard his voice tremble as he stood in the living room and said, “I don’t know where I am.”

… Alzheimer’s is the ultimate pirate, pillaging a person’s life and leaving an empty landscape behind. It sweeps up entire families, forcing everyone to claw their way through overwhelming grief, confusion, helplessness, and anger.

Perhaps for your comedy you would like to visit some dementia facilities. I have—I didn’t find anything comedic there, and my hope would be that if you’re a decent human being, you wouldn’t either.

The whole thing is worth reading. In any case, she’s right, and if you’ve known someone who’s gone through this, you know that it’s not a laughing matter. Due in part to lengthening life spans, a larger number of people will develop some kind of dementia before they die. Already, more than five million Americans have Alzheimer’s, and it kills more people than breast and prostate cancer put together. If your parents are in their 60s, they may be headed toward getting it.

So, please remind me again why it’s so funny?

I say all this as someone who considers Reagan a dangerous president – for his winner-take-all economic policies, his stirring of American jingoism, his ignoring AIDS, his drug policy, and a whole raft of other things. I’d love to see a comedy, starring Ferrell or anybody else, that takes down the 40th president for his many failings.

The fact that it’s Reagan raises another uncomfortable point: Liberals and people on the left spent a lot of his term mocking his intelligence. There was a lot wrong with Reagan’s presidency, but not because he was stupid. He may’ve been cynical, at times disengaged, callous toward the poor, a race baiter, too militaristic, and so on. But he wasn’t dumb.

Besides the fact that this was wrong, it made left-of-center people look petty. And the same thing is likely to happen if this movie goes forward. Not only does its premise sound mean spirited, it will give ammunition to the crowd that likes to rant against “Hollywood liberals.” The fact that actors like Seth Rogen work to raise awareness about Alzheimer’s will not come up as much as the argument that these Hollywood liberals are heartless people. Fox News is already off and running with that, and it’s likely to get worse.

Maybe the film is fair and not cheap in its portrayal of someone experiencing mental decline: I’ve not read the script. Back in December, the Washington Post reported that "there’s no indication of whether this film is a comedy or not," and the right-wing outrage over this project was already primed by the announcement that "Girls" creator and star Lena Dunham would play the part of Peggy Noonan in a March staged reading. On the other hand, the March event billed the script as a "hilarious political satire," so that's where the project is coming from. You don’t have to be a Reagan-lover to think that a comedy that mocks any actual person’s mental health is a really bad idea.