Google's new media apocalypse: How the search giant wants to accelerate the end of the age of websites 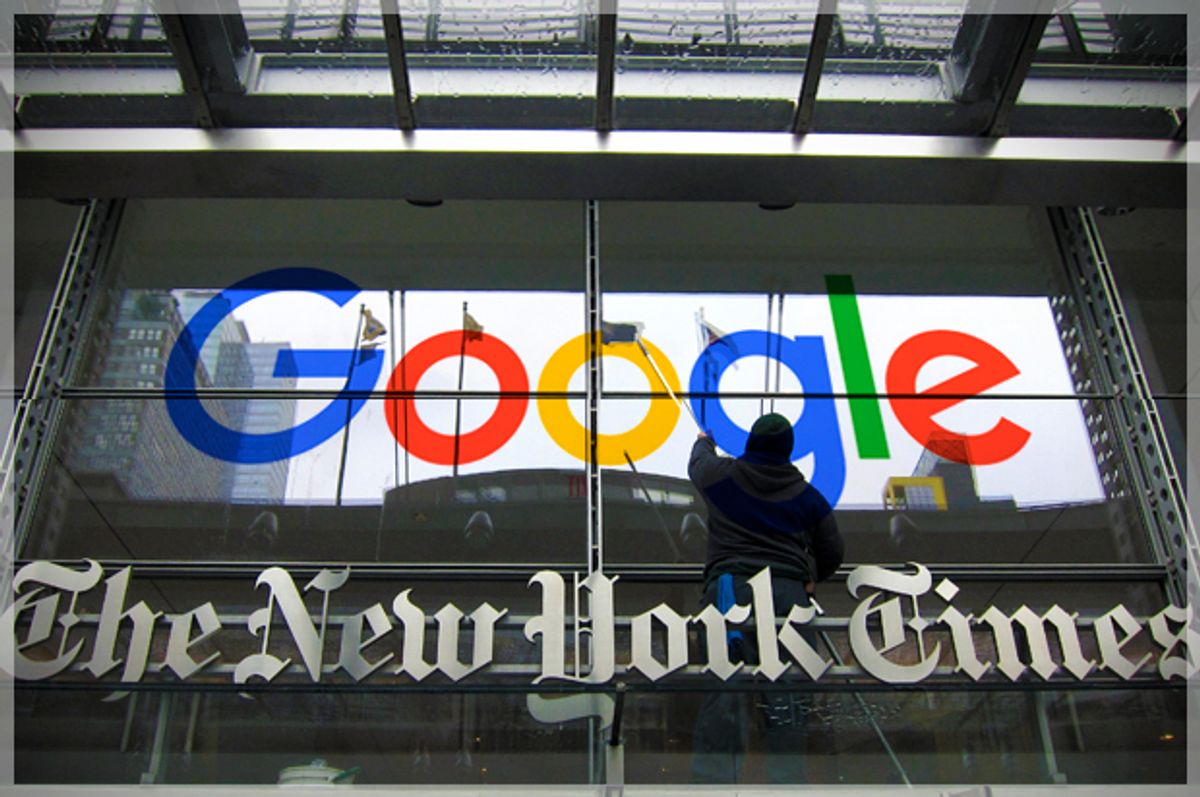 On Thursday, the Wall Street Journal reported something that, in hindsight, was completely inevitable: Google is rolling out a feature that allows media companies to publish material directly on its platform.

From the Journal report:

Google is experimenting with a new feature that allows marketers, media companies, politicians and other organizations [to] publish content directly to Google and have it appear instantly in search results.

The search giant said it began testing the feature in January and has since opened it up to a range of small businesses, media companies and political candidates.

Fox News has worked with Google to post content related to political debates, for example, while People.com published posts related to the Oscars in February. Earlier this week, HBO published “news” articles related to fictitious characters in its popular show “Silicon Valley” to promote the season 3 premiere.

Google has built a Web-based interface through which posts can be formatted and uploaded directly to its systems. The posts can be up to 14,400 characters in length and can include links and up to 10 images or videos. The pages also include options to share them via Twitter, Facebook or email.

Welcome to another harbinger of our glorious future, everyone! Google is announcing that it wants to cut out the middleman—that is to say, other websites—and serve you content within its own lovely little walled garden. That sound you just heard was a bunch of media publishers rushing to book an extra appointment with their shrink.

You can point to lots of things for this state of affairs, but let's start at the beginning.

Back when search, and not social media, ruled the internet, Google was the sun around which the news industry orbited. Getting to the top of Google's results was the key that unlocked buckets of page views. Outlet after outlet spent countless hours trying to figure out how to game Google's prized, secretive algorithm. Whole swaths of the industry were killed instantly if Google tweaked the algorithm.

Then Facebook took over. Facebook is now the sun. Facebook is the company keeping everyone up at night. Facebook is the place shaping how stories get chosen, how they get written, how they are packaged and how they show up on its site. And Facebook does all of this with just as much secrecy and just as little accountability as Google did. Last week, for instance, it took down the page of popular gossip outlet The Shade Room with no notice or explanation. Its employees have privately wondered whether they should use their power to help thwart a Donald Trump presidency.

More importantly, Facebook just opened up its Instant Articles feature to all publishers. The feature allows external outlets to publish their content directly onto Facebook's platform, eliminating that pesky journey to their actual website. They can either place their own ads on the content or join a revenue-sharing program with Facebook. Facebook has touted this plan as one which provides a better user experience and has noted the ability for publishers to create ads on the platform as well.

The benefit to Facebook is obvious: It gets to keep people inside its house. They don't have to leave for even a second. The publisher essentially has to accept this reality, sigh about the gradual death of websites and hope that everything works out on the financial side.

The next couple of years in the media business are probably going to be very hairy. There are already signs that the air in the digital news bubble is starting to leak. Meanwhile, Facebook just announced eye-watering, globe-smashing revenues.

Google will surely have looked at this state of affairs and thought it would quite like to get back to being a big dog in the media world. Why should Facebook keep all of that iron-fisted control to itself? Why should Google sit idly by and watch Facebook be the biggest sun in the media galaxy?

It's all part of a much bigger story: that of how the internet, that supposed smasher of gates and leveler of playing fields, has coalesced around a mere handful of mega-giants in the space of just a couple of decades. The gates didn't really come down. The identities of the gatekeepers just changed. Google, Facebook, Apple, Amazon: How many people can really say that some portion of every day of their lives isn't mediated by at least one of these companies? (Apple, by the way, has its own news platform; it wants publishers to—you guessed it—place material directly there. If Amazon isn't testing a similar feature, I'll be shocked.) It seems that, at least for the moment, we are destined to live in the world that they create—and that includes everyone in the media business.