Child yells "You suck!" at Ted Cruz during Indiana rally; Cruz suggests boy should be spanked

"In my household, when a child behaves that way they get a spanking," Cruz replied to the young heckler 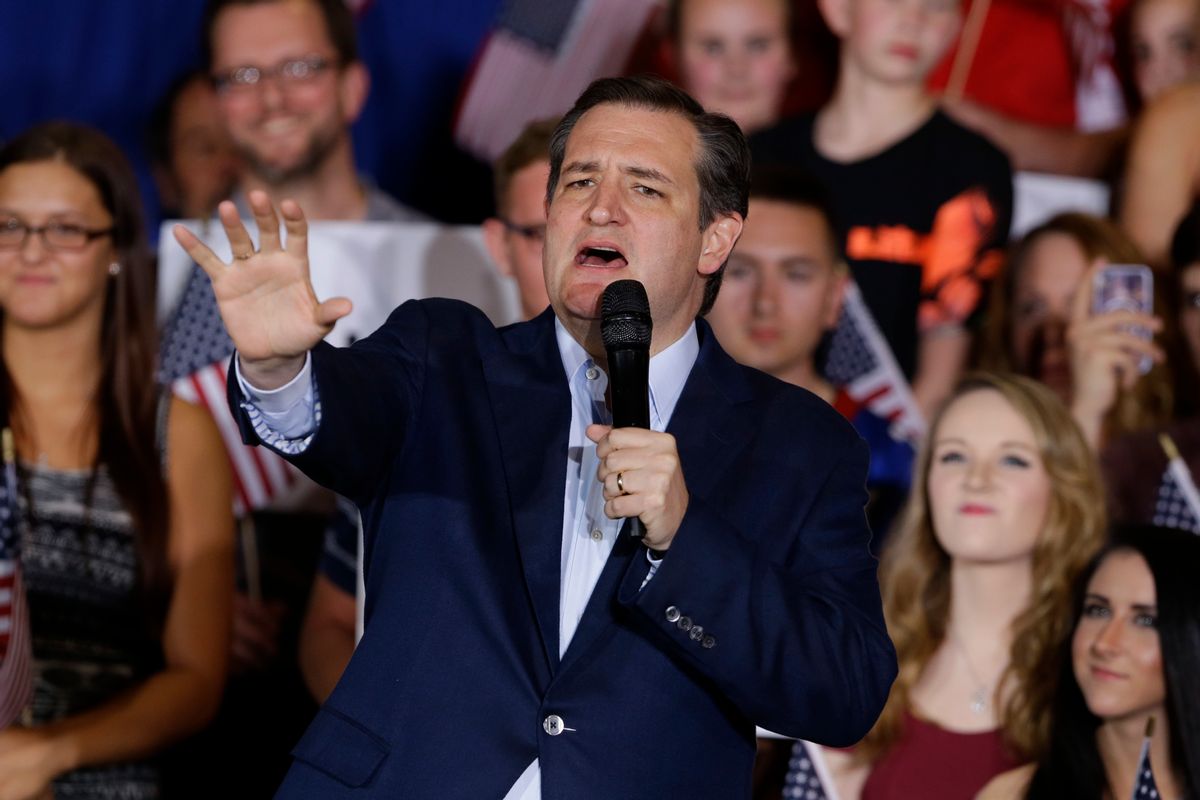 Things aren't looking good for Ted Cruz in Indiana. The Texas senator trails Donald Trump by 15 points in polling for the state's crucial primary, and a loss on Tuesday could spell the end of Cruz's campaign.

At a rally in La Porte on Sunday, Cruz was interrupted by an unruly young audience member in a scene reminiscent of confrontations that have become commonplace at Trump events. The attendee, whom the Daily Caller described as a "pre-teen boy," loudly heckled Cruz from the crowd.

"You suck!" the child yelled at Cruz.

"Thank you, son," Cruz replied. "I appreciate your sharing your views."

"One of the things that hopefully someone has told you is that children should actually speak with respect," Cruz said to cheers from the audience. "Imagine what a different world it would be if someone had told Donald Trump that years ago."

Cruz then seemed to suggest that the disruptive audience member was in need of some corporal punishment: "In my household, when a child behaves that way they get a spanking."

Watch the full video of the encounter below: