Heidi Cruz says her husband is not the Zodiac Killer 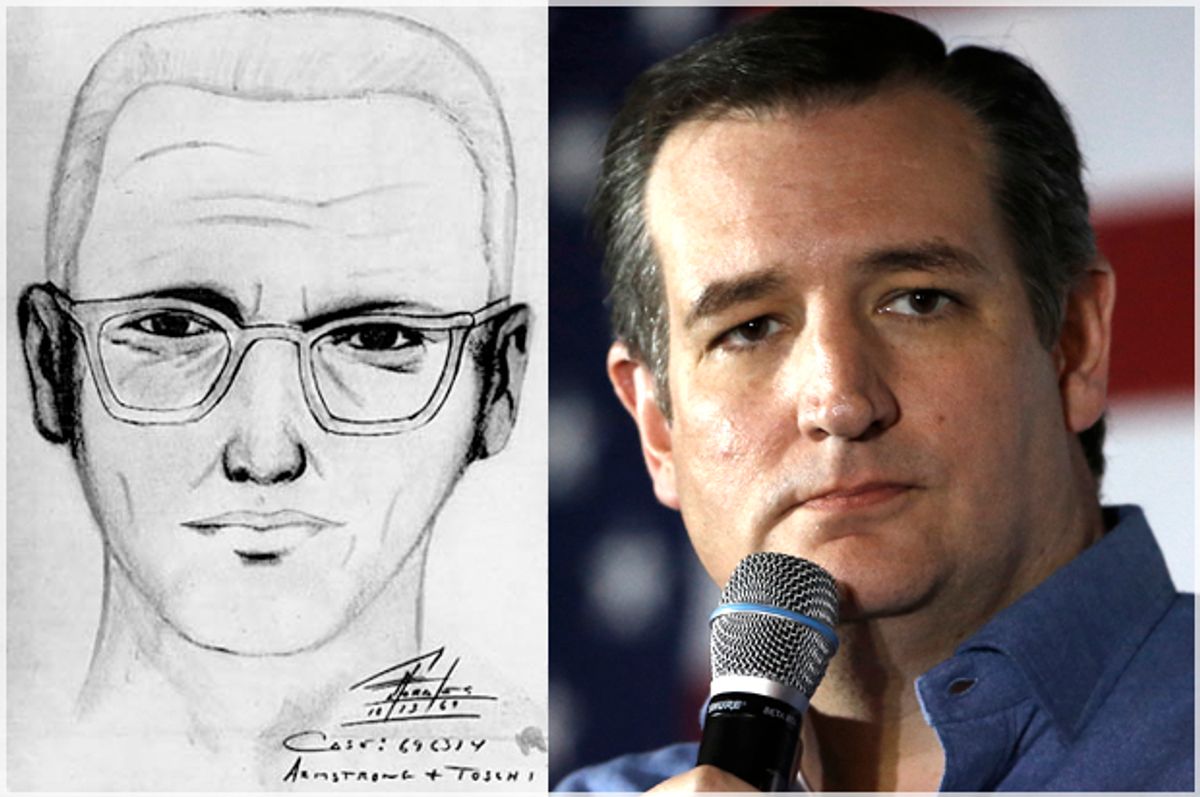 Heidi Cruz told the press on Monday that her husband is not the Zodiac Killer. Add that to the list of bizarre sentences produced by the 2016 presidential primary race, right alongside "Donald Trump is close to clinching Republican nomination."

On Monday Yahoo News asked Heidi Cruz to comment on jokes that her husband is the infamous unapprehended Bay Area serial killer.

“Well, I’ve been married to him for 15 years, and I know pretty well who he is, so it doesn’t bother me at all. There’s a lot of garbage out there,” Cruz said at an Indiana campaign stop.

The Ted Cruz is the Zodiac Killer meme has been around for years, but it gained renewed relevance this week after comedian Larry Wilmore referenced the joke at the White House Correspondents' dinner on Saturday night:

This is the first time a member of the Cruz family has addressed the question of whether Ted Cruz is the Zodiac Killer.