Radiohead's vanishing act: Rumored new album could be the anti-technology opus we've been waiting for 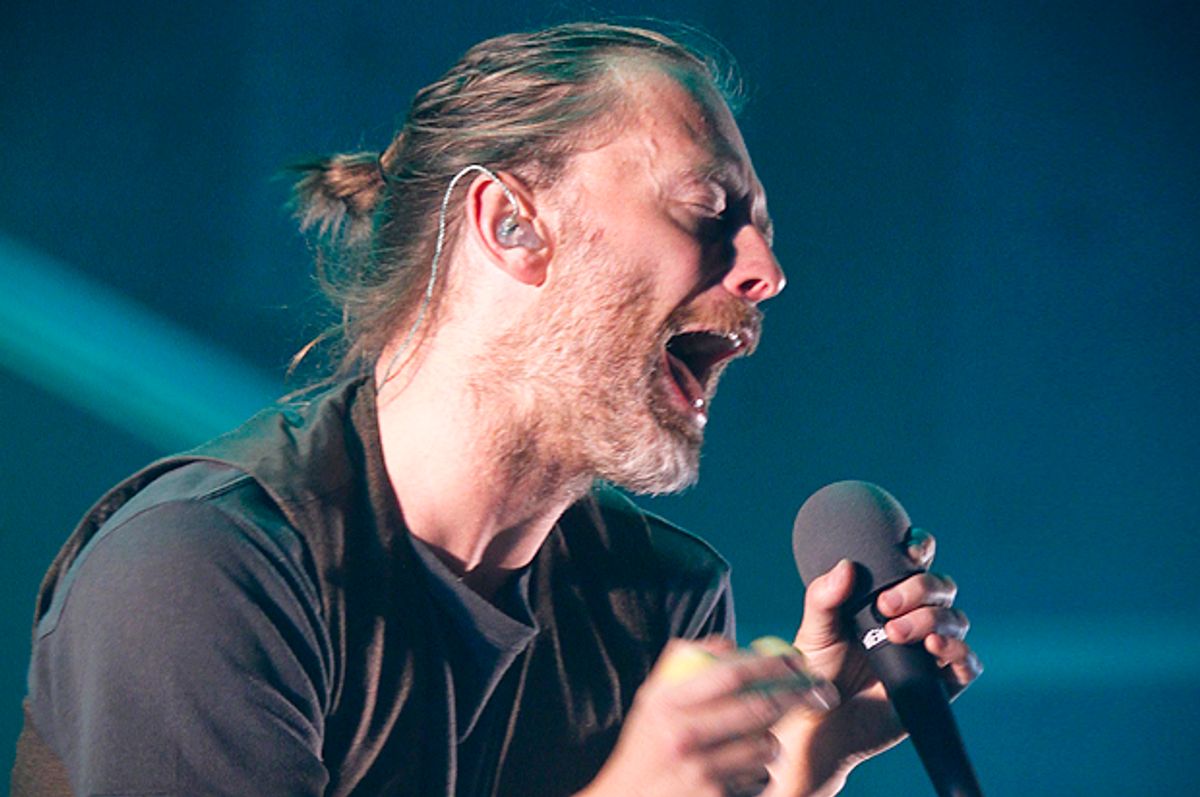 Radiohead has been one of the world’s most musically uncanny bands for some time now. And Thom Yorke and company have also made strange moves in the past – selling “In Rainbows” for a sum set by the purchaser, for instance. So the band’s latest move – gradually disappearing from the Internet – fits in with the group’s overall way of operating. And Radiohead can be even truer to its vision by going another step.

Here’s where we are now: Radiohead.com faded out and is now entirely blank. The band’s Facebook page has nothing on it. And on Twitter, we’re told that “@Radiohead hasn’t tweeted yet.” There’s not even an icon or illustration of any kind to denote the band. Yorke’s tweets are gone, too: It’s as if Radiohead was just a figment of our imagination.

From nearly the beginning, Radiohead’s music has been about technology and alienation. The relationship between the two can be complicated – is the machine making humans more alienated, or vice versa, and are we really all that different from our hardware? These guys are not Luddites, but they’ve certainly shown a strain of technological skepticism in the past. Radiohead songs are rarely linear or polemical, but the band has clearly though more about these things than almost any other band.

The group both champions digital technology and criticizes it. In 2013 they pulled their music from Spotify, with Yorke calling the service “the last desperate fart of a dying corpse.” Yorke, in fact, has been particularly harsh on Spotify:

"I feel like as musicians we need to fight the Spotify thing. I feel that in some ways what's happening in the mainstream is the last gasp of the old industry. Once that does finally die, which it will, something else will happen.

He also thinks that Spotify hijacked the band’s experiment with “In Rainbows,” getting in the way of what was supposed to be a direct connection between the artist and fans:

In an interview in December, he was even tougher, comparing YouTube to the Third Reich.

"The creators of services make money—Google, YouTube. A huge amount of money, by trawling, like in the sea—they take everything there is. ‘Oh, sorry, was that yours? Now it’s ours. No, no, we’re joking—it’s still yours.

"They’ve seized control of it—it’s like what the Nazis did during the second world war. Actually, it’s like what everyone was doing during the war, even the English—stealing the art of other countries. What difference is there?"

The recent Internet fade has been interpreted by most as a sign that the band will release a new album – which has been suspected for some time – any day now.

I’m tempted to say that even after the album comes out, Radiohead should stay off the Internet completely – let its fade become permanent and sell its albums through record stores, communicate about its music through interviews, and so on.

If anybody could do this, and survive to tell the tale, it’s an enormous band like Radiohead, with a huge global profile and a dedicated, vinyl-loving fanbase that will work harder than most. But the Internet has taken over our lives so completely, for better and worse, that even Radiohead might lost its voice.

So here’s what I’m hoping for instead: An album on which Yorke drops the elegant ambiguities that tend to characterize his lyrics, and turns out a real critique of what digital technology has done to artists, society, music, and to our souls.

When Radiohead comes back online, the band’s return should be an album that makes their feelings clear. They can go back to being poetic and vague next time. The world is so confused right now – and digital technology companies are bigger than they’re ever been – that one of the world’s most serious bands has the chance to make a real impact. The Clash, Marvin Gaye, Pussy Riot, and lots of other bands sang direct and powerful songs about what angered and threatened them – now it’s Radiohead’s turn.