Stop working for free: "Why would any self-respecting writer put up with that?”

Salon talks to the author of "The Myth of Meritocracy" about labor, class, HuffPo and not being paid for work 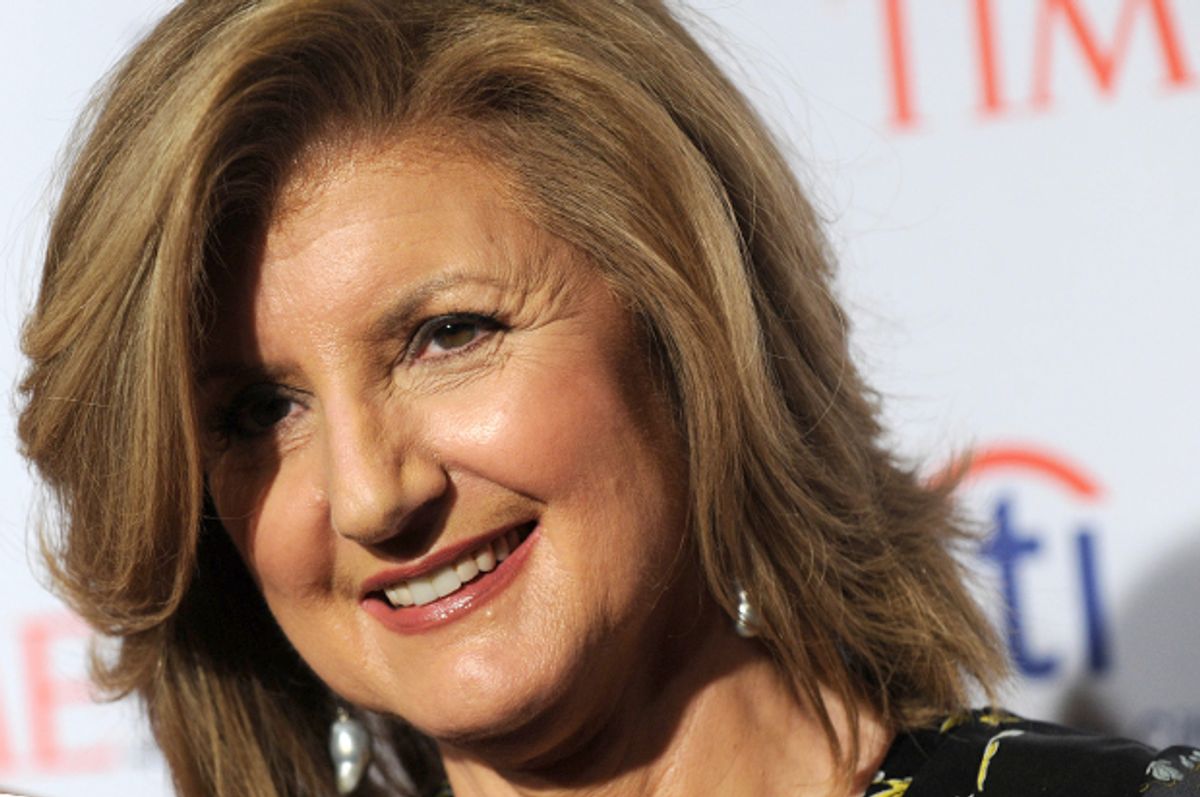 The pressure on writers, musicians, artists, and others in the creative class to work for free has been building for some time now. The British journalist James Bloodworth sees the crisis as breaking down in distinctive class terms. A columnist for the International Business Times UK, he is all set to release a book called “The Myth of Meritocracy: Why Working-Class Kids Still Get Working-Class Jobs,” a book that turns in part on the way unpaid labor is often required of people who want to enter professions. Because the less wealthy have trouble working for free, he argues, they’re penalized in this kind of system.

And when the Huffington Post – a site that may be worth a billion dollars – approached his publicist about Bloodworth writing a piece for them, he was eager to get his message out. He was also hoping to get paid at least something for his effort. But he found that the site wanted him to work for free about his book on working for free. It wasn’t just apprentice work or internships that didn’t pay – it was work offered to a mid-career journalist. So he took to Twitter to spread the word.

Bloodworth, who is based in London, corresponded with Salon via email. The conversation has been edited very slightly. “The Myth of Meritocracy” comes out on May 19.

When did you get a sense that the pressure to work for free at the early stages of a career was holding working class people back? Is it worse in certain fields than others?

With the expansion of university education in recent decades, in many professions a degree is no longer enough -- you need something more to differentiate yourself from the crowd. For many that means a lengthy unpaid internship or costly post-graduate qualifications. This gives an in-built advantage to those from middle class and wealthy backgrounds who can afford to take unpaid internships and spend time churning out articles for nothing. London is reportedly the unpaid intern capital of Europe, and in journalism it shows. According to a recent survey by the National Council for the Training of Journalists, 83 per cent of journalists who started work in the three years prior to the survey did some sort of work experience or an internship before getting their first job -- 92 per cent of which were unpaid. The average length of the unpaid work was seven weeks, with a quarter lasting more than three months.

This is the sort of career advantage that is invariably off-limits to most working class kids, especially if they live outside of London. Many of my own peers from university went on to get their first jobs in journalism as a direct consequence of unpaid work experience -- the boss basically kept them on after a period working for nothing. Once you get into a university journalism course there is an assumption that you're going to have to spend a significant period of time doing unpaid work.

Does this seem to have gotten worse the last decade or so, perhaps since the Great Recession?

I think it's got worse since the Great Recession in some respects, yes. The labor force is still quite fearful, and as a consequence is more easily cowed. There seems to have been a growth, certainly in journalism, of the idea that you're incredibly lucky if an employer is willing to pay you a wage for the work you've done. It's a similar phenomenon to the growth of companies who make you pay for your own training/materials required for a job. For another book I'm writing at the moment I'm working undercover at some of the big multinational companies in the UK. In these places such practices are now commonplace. For 30-odd years the labor force in Britain and the U.S. has been on the backfoot in terms of its relationship with capital; and the 2008 crisis seems to have tilted the balance even further in favor of employers. There's a sense in lots of jobs, journalism included, of "think yourself lucky you have any work at all."

I think there's also quite an extreme sense of entitlement amongst many consumers when it comes to paying for creative work. You can see the impact of this across many creative industries, where consumers are often unwilling to pay for music/films/good journalism and see no ethical dilemma in downloading the work for free. This has hit journalism too, but it has also made it easier for companies like the Huffington Post not to pay writers. If the public don't attach any particular importance to paying for creative work, they're unlikely to feel a sense of outrage when a company like Huff Post doesn't attach a great deal of importance to it either.

What frustrated you the most about your dealings with the Huffington Post?

What's most frustrating is the fact they didn't offer to pay anything at all. Even something symbolic and I might've done it. Offering nothing at all seems to essentially be saying "we place no value on your work." Why would any self-respecting writer put up with that?

Do you follow the Stop Working for Free movement? Do you think efforts like that can be valuable in solving the problem? What else might help remedy the situation – or is it just built in to our economic reality these days?

I haven't previously followed the Stop Working for Free Movement, but I will now. I do think that collective efforts of this sort are essential in pushing back against the exploitation of writers and creatives by big business. The more people who refuse to write for free, the more likely it is that companies like the Huffington Post will have to start paying writers. In some ways it's about attaching a stigma to this: so that it's widely considered shameful and exploitative not to pay writers; and so that writers feel like they shouldn't be accepting treatment of this sort, that it's not on.

There also has to be a wider cultural change I think: we, the public, have to accept that creatives -- whether writers, musicians, filmmakers or artists -- have bills to pay as well. We seem to have this collective sense of entitlement when it comes to creative work which means we shouldn't pay for it. When big companies choose not to pay writers, I think that's simply the thick end of the wedge, so to speak. If as a society we place only very little monetary value on art (and I include written work in that), rapacious capitalist organs like the Huffington Post will invariably do the same.