This woman was harassed, manhandled and forced to leave a female public restroom because police insisted she was a man

Watch this video of the disturbing interaction 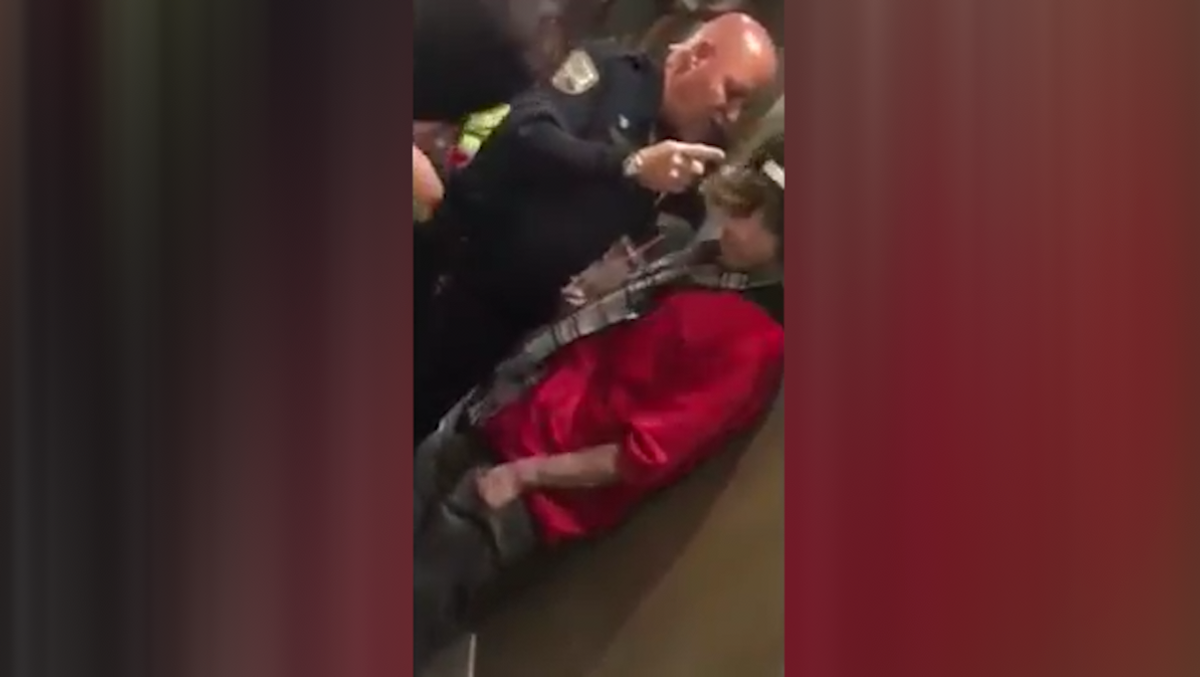 A 50-second video was recently posted to Facebook by activist Tamara McDaniel showing a woman being harassed, manhandled and forced to leave a female public restroom. The officers call her “sir” before demanding I.D. as proof of gender and eventually forcing her to leave.

The woman, according to McDaniel, is a lesbian.

McDaniel also wrote in the post “This makes me very sad and I want no part of this irrational fear,” adding, “I mean, can't you think of a 1,000 ways these laws will be used as an excuse to harass, humiliate, and arrest people?"

It is unclear where the video was shot. See the full Facebook post here and watch our video above.