"It seems like I only picked comments from people whose grammar is bad," he said, "but the truth of it is..." 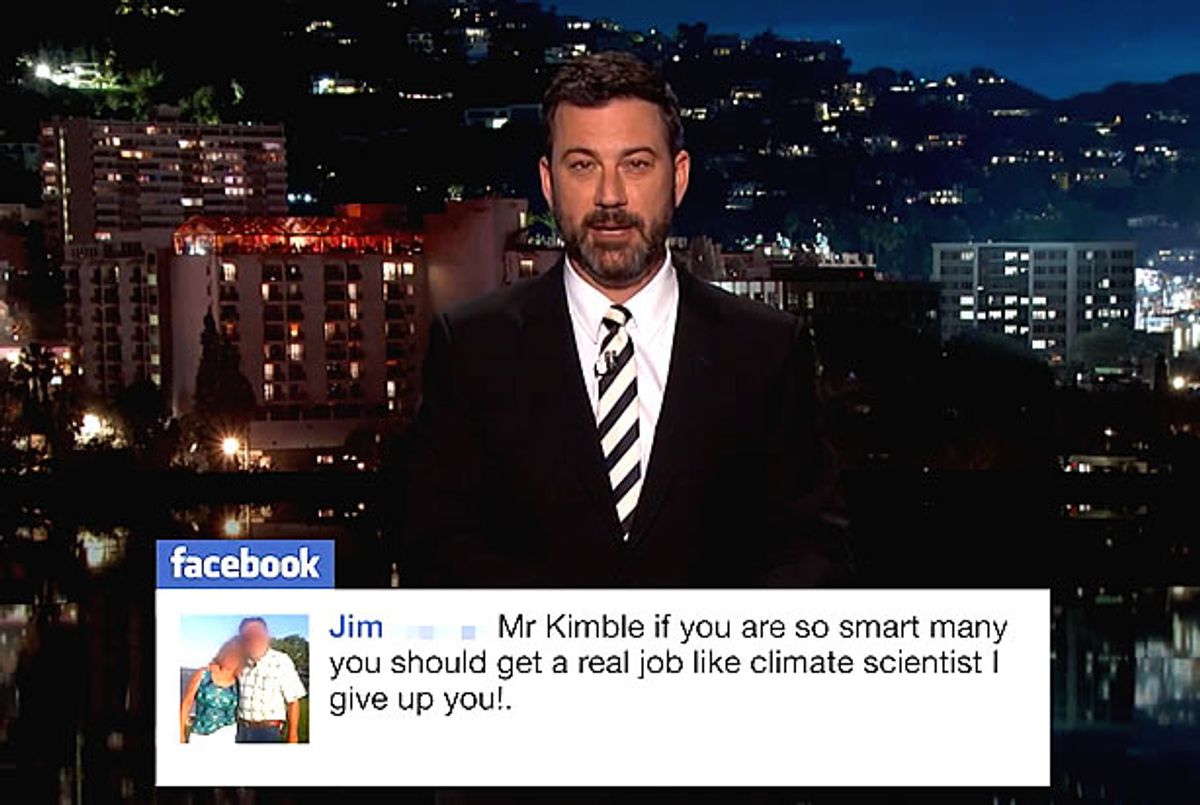 By means of he proof, he began by reading a Facebook post by Jim Jacob that read, "Mr Kimble if you are so smart many you should get a real job like climate scientists I give up you!."

Also up for mockery was one Erik Simmy, who lost his sentence halfway through and never found it again: "Sarah Palin might not be a scientist what she is saying doesn’t need to be science to be understood the very scientists who claim to be telling the truth about global warming they know they’re lying to teeth to help the government control our lives in the name of global warming."

After mocking Simmy, Kimmel moved on to people who commented on YouTube, all of whose idiocy can be seen in the video below.