"Donald Trump poses a real threat to this country, and I think it's time to fight back against that threat" 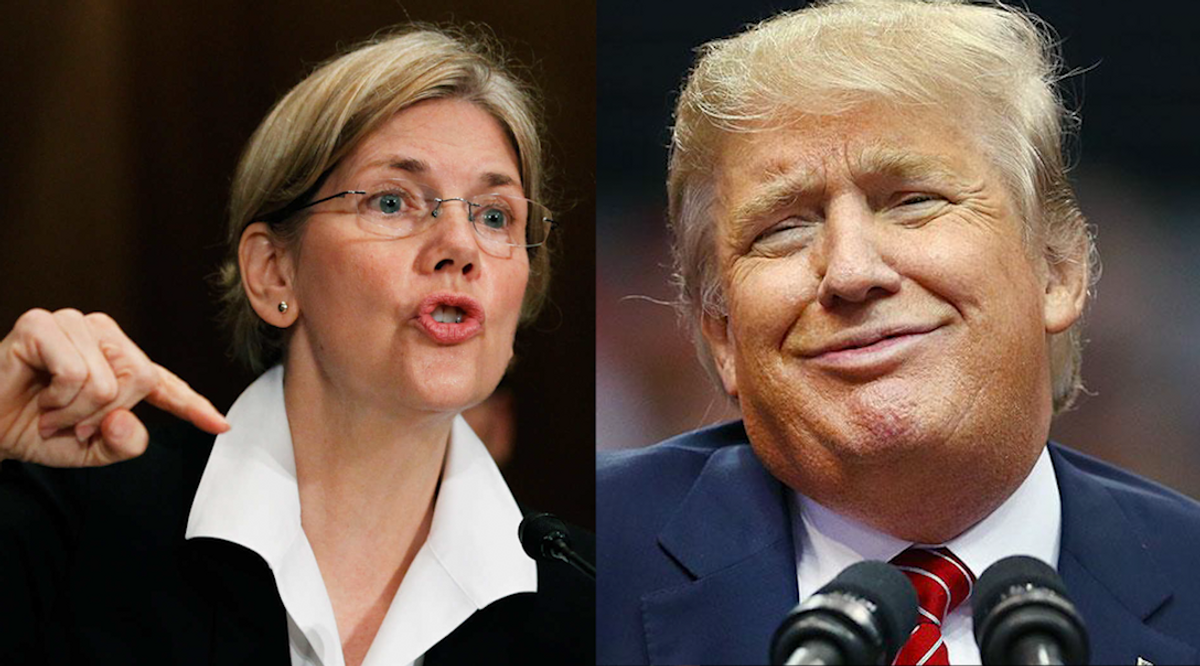 In her most recent Twitter rant, Elizabeth Warren officially declared war on the Donald. She's vowed to "fight her heart out" to make sure Trump never reaches the White House. And though this is her strongest declaration of opposition against the now presumptive GOP nominee, it isn't the first time she's spoken out against him. Take a look at her best anti-Trump rants.