In its new book "The Assassination Complex," The Intercept details the shocking dystopian powers the U.S. has 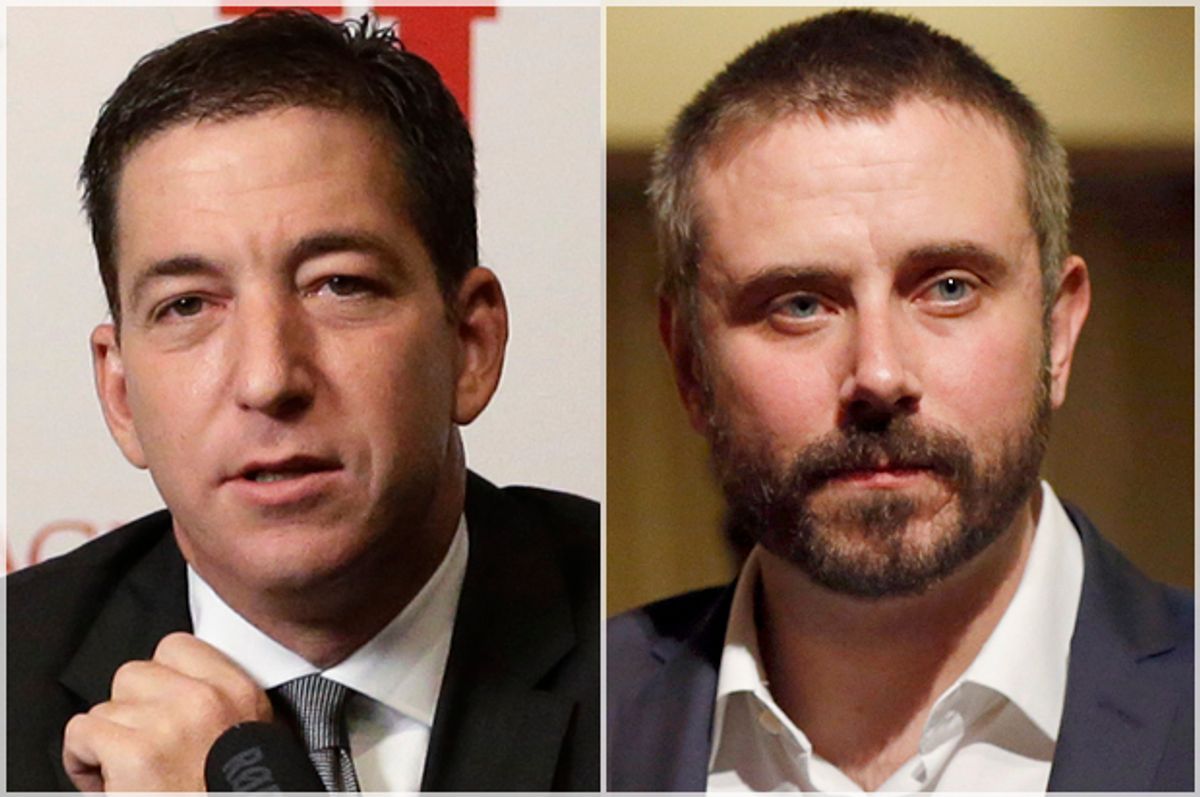 The Democratic president, they say, has gotten away with crimes and repressive policies that liberals never would have let a Republican carry out.

"The most significant aspect of what President Obama has done, regarding drones and regarding the so-called targeted killing program around the world, is that Obama has codified assassination as a central official component of American foreign policy," Scahill said in an interview on Democracy Now this week.

Obama "has implemented policies that a Republican probably would not have been able to implement, certainly not with the support that Obama has received from so many self-identified liberals," he added.

In 2015 alone, the U.S. dropped at least 23,144 bombs on six Muslim-majority countries, many in which it has not officially declared war.

Scahill expressed doubts that, if a Republican wins the presidential election, MSNBC pundits and other liberals will maintain the same position on these very same policies.

Greenwald argued the same. Obama campaigned in 2007 on the destructive policies and undemocratic mindset of the Bush administration, the Pulitzer Prize-winning journalist recalled. Yet, once Obama became president, "he ended up not only embracing, but strengthening and increasing" these very same policies, continuing indefinite detention in Guantánamo and elsewhere and greatly expanding the drone program.

President Obama "has institutionalized a program where now we don’t only just imprison people without any charges or due process, we don’t just eavesdrop on them, which was one of his big critiques of the Bush administration, without first giving them due process or a trial, we now just target them for execution, for death, for a death penalty," Greenwald added in the Democracy Now interview.

He pointed out the irony that, while Democrats have long opposed the death penalty in all cases, even when criminal defendants are given a full trial and assured all constitutional rights, the Democratic president "has embraced a policy that says that he can literally go around the world, target people for death anywhere in the world that he wants, including places where we’re not at war, including even American citizens, and simply eradicate their lives based on his order."

"The Assassination Complex: Inside the Government’s Secret Drone Warfare Program," Scahill's new book, was released this week. It is a joint project of the staff of The Intercept, the hard-hitting investigative news outlet Scahill and Greenwald founded with filmmaker Laura Poitras, who shares a Pulitzer Prize for her work with the whistleblower Edward Snowden.

Snowden himself in fact wrote the introduction to the book, which The Intercept published on its website with the title "Whistleblowing Is Not Just Leaking — It’s an Act of Political Resistance."

"The Assassination Complex" is based on leaked government documents provided by a whistleblower that expose how destructive the secretive U.S. drone war has been. Some of the findings in this leak were released in October as The Drone Papers.

Among the many revelations in the book is that during a five-month period in a U.S. program in northeastern Afghanistan called Operation Haymaker, almost 90 percent of people killed in drone strikes were not the intended targets.

Investigative journalists and researchers say hundreds of civilians have been killed in U.S. drone strikes, at the very least.

The Obama administration has released very little information about its drone program. As Scahill put it, "the covert drone program, for the majority of its lifespan, has been shrouded in secrecy." It was only recently that the government pledged for the first time to release figures on the number of people it has killed.

Experts at the Council on Foreign Relations say the exact opposite is true.

Scahill pushed back in his Democracy Now interview, accusing the Obama administration of "trying to rebrand and engage in historical revisionism about what is going to be one of the most deadly legacies of the Obama era, and that is that somehow they came up with a cleaner way of waging war."

He said he has heard that the White House will likely be releasing statistics that are drastically underestimated, in what will be "a horrifying piece of propaganda," because the U.S. government has "embraced a system of counting the dead which almost always will result in zero civilians killed."

Virtually anyone who is killed in a U.S. drone strike is labeled an "enemy killed in action," or EKIA, Scahill explained, until they are posthumously proven to not have been a militant. It is the polar inversion of the basic principle of the justice system: you are innocent until proven guilty.

"The documents that we’ve obtained sort of show the banality of the immoral notion that we can kill people anywhere around the world without consequence and kill our way to victory," he stated bluntly.

Because of the large number of civilian casualties, a variety of experts, from military officials to scholars to journalists, have warned that the U.S. drone program has only made terrorism worse.

Even the former director of intelligence for the Joint Special Operations Command, or JSOC, the U.S. military unit that oversees the drone program, has acknowledged that it often does more damage than it does good. "The more bombs we drop, that just… fuels the conflict," admitted retired Army Lieutenant General Michael Flynn.

Scahill emphasized this in his interview. "The U.S. is creating self-fulfilling prophecies. Rather than stopping terrorism, the U.S., through its drone program, is encouraging terrorism and providing terrorist organization with recruitment material, just as the Guantánamo prison serves as recruitment material for the people that the Obama administration claims it’s trying stop from conducting acts of terrorism," he said.

"The most extraordinary aspect about" all of this, Greenwald added, "is that Democratic partisans, who were cheering [Obama's] critiques in 2006 and 2007 and pretending to oppose this approach because it was a Republican who did it, switched completely on a dime."

"The minute that President Obama embraced these policies, they, as public opinion polls show, completely switched how they think about all of these policies and started supporting them," he explained.

Americans — and people throughout the world — will only continue to suffer the consequences of this in the future, Greenwald warned.

"What this has meant is that these policies have shifted from being just a right-wing, extremist, Republican framework into one that is fully bipartisan, and therefore will be institutionalized and has been strengthened for years, if not decades, to come, in a way that George Bush and Dick Cheney could only have dreamed of. "