Pat Buchanan credits himself with paving the way for Donald Trump: "We were a little bit ahead of our time" 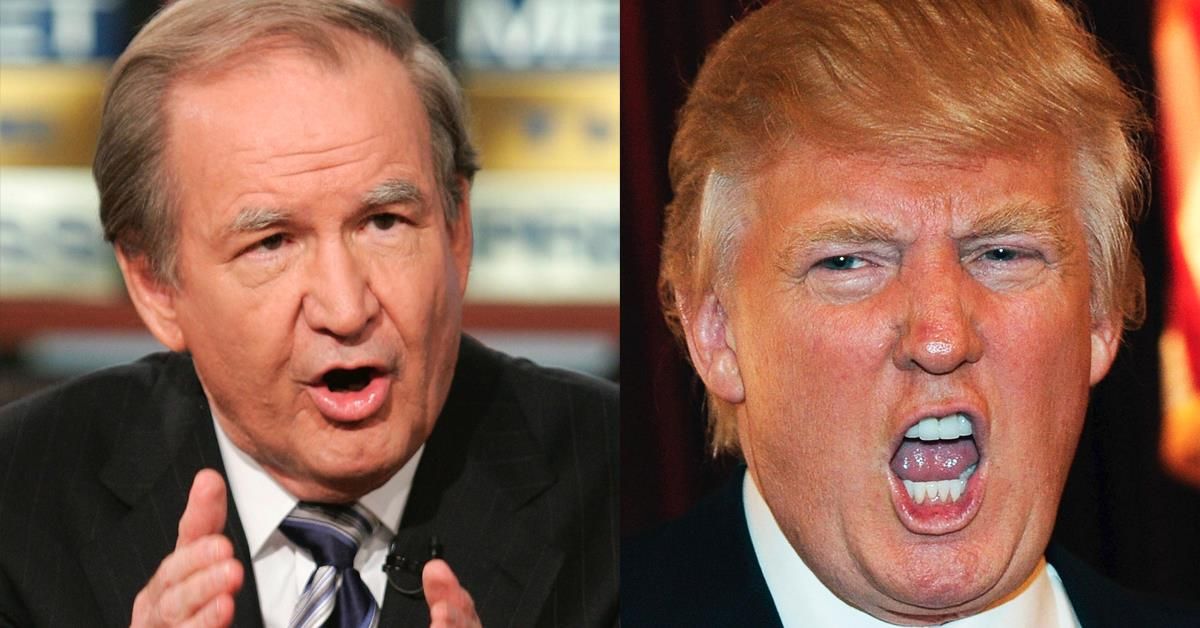 It comes as no surprise that Donald Trump and Pat Buchanan would be ideological bosom buddies, both appealing to the plight of disillusioned working class voters on a platform of white nationalism. But while Trump goes even further than Buchanan could have ever dreamed of during his two failed bids for the White House, the controversial conservative talker is clinging to him tighter -- even crediting himself with creating the environment for Trump's successful rise to the top of the Republican Party.

"97 percent of us spoke English in 1960," Buchanan said during an interview on NPR's "Morning Edition" Thursday, remarking on an idyllic time when European immigrants to the U.S. happily assimilated without offending the already settled Whites. "Now in half the homes in California, people speak a language other than English."

"Anybody that believes a country can be maintained that has no ethnic core to it, or no linguistic core to it, I believe is naive in the extreme," Buchanan argued.

"What you are laying out is an America that is White, if not exclusively White," the NPR host pointed out, reminding Buchanan that the year is currently 2016.

"It is an America like the country I grew up in which was a pretty good country," Buchanan shot back, arguing that Trump's call to "Make America Great Again" is a similar harkening back to a simpler America with less cultural diversity.

When Buchanan ran on the Reform Party's ticket in 2000, warning about the perils of immigration from Latin countries, he garnered just 0.4 percent of the national vote. Nearly 20 years later, Trump's talk of a massive border wall between the U.S. and Mexico has propelled him to the top of a crowded Republican presidential field.

"We were a little bit ahead of our time," Buchanan said on Thursday, crediting himself with pointing out the dangerous of diversity in a manner which fertilized the ground for a Trump movement years later.

Unfortunately for Buchanan, as Buzzfeed News recently pointed out, the feeling hasn't entirely been mutual with Trump. The businessman was calling Buchanan "beyond far right" and appealing only to the "wacko vote" back in 1999.

Listen to NPR's interview with Buchanan below: