The Wall Street Journal warms to Trump: He may be an ignorant dope, but at least he'll cut taxes for rich people! 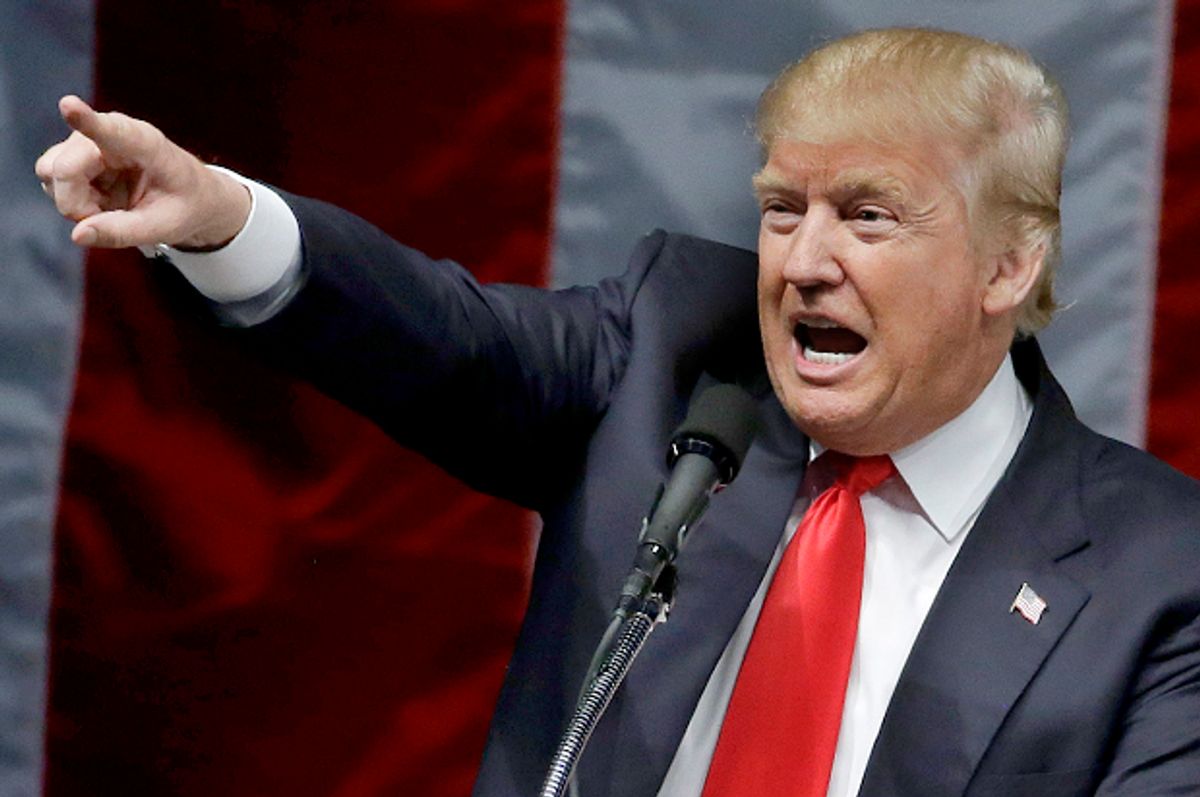 Now that all the GOP alternatives to Donald Trump have been cleared away, Republicans and conservatives are going through a very public period of hand-wringing over how to approach their presumptive presidential nominee. While a few are sticking to opposition (for the time being), it seems like many more are easing into the rationalization process and searching for avenues to transform their Trump animus into qualified support. The Wall Street Journal editorial board – the official voice of the corporatist Republican establishment – appears to be in the latter category.

Throughout the primary, the WSJ editorial board had been an antagonist of Trump’s, criticizing him for his protectionist policies and general ignorance on economic matters, and happily got itself embroiled in public feuds with the Republican frontrunner. But in Thursday's editorial, they find themselves struggling with “The Trump Reality” and looking for something – anything – to make this waking nightmare seem a little less terrifying. And they appear to have decided that President Trump wouldn’t be all bad because he’d probably cut taxes for rich people:

The problem is that Mr. Trump is no Gipper, who had spent 40 years developing a philosophy of limited government and the U.S. national interest. As his letters show, he had superb instincts about the major issues of his day and was a brilliant political strategist. Mr. Trump is a clever political tactician, but his policy and rhetorical jaunts don’t lead to anything coherent we can detect beyond his desire to “do great deals.”

This might be a silver lining if he wins in November, assuming Republicans keep their House and Senate majorities. Congress would write the tax and health-care reform bills, and our guess is Mr. Trump would accept nearly anything once he got his “wall” at the border. An economic growth revival is more likely with President Trump than President Clinton.

This is a terrific bit of cynical rationalization here on the Journal’s part. Trump has an actual tax plan – it’s a terrible plan that makes no actual sense and would tear an astonishingly large hole in the budget in order to funnel money to the very wealthiest Americans, but it’s still a plan. But the Journal doesn’t care about that. Instead, they cast President Trump as a nearly empty vessel who will happily and mechanically approve any tax policy Paul Ryan can dream up.

That’s their “silver lining:” an ignorant dope of a president who cares only about keeping the brown people out and whose real value comes from serving as a sort of semi-sentient rubber stamp for trickle-down tax fantasies.

“Our own approach during the next six months will be to scrutinize Mr. Trump as we will Mrs. Clinton—with an eye on what is in the best interest of free people and American prosperity,” the Journal concludes. That’s how the Wall Street Journal editorial board – and much of the rest of the conservative establishment – will come around to Trump. They’ll find an issue or two that they care deeply about and convince themselves that Trump will be an ally, perhaps even an unwitting one, in that cause. Having whittled the election down to their all-important single issue, it will be easier to back Trump as the better of the two options.

For the Wall Street Journal, it will come down to tax cuts for rich people. They can get them with Trump, but not with Hillary, so they’ll progressively narrow their focus as time goes on and come around to the position that economic growth and prosperity require casting a vote for Donald Trump.