Sadiq Khan could be the first Muslim mayor of London. His rivals have stooped to vile new lows trying to stop him 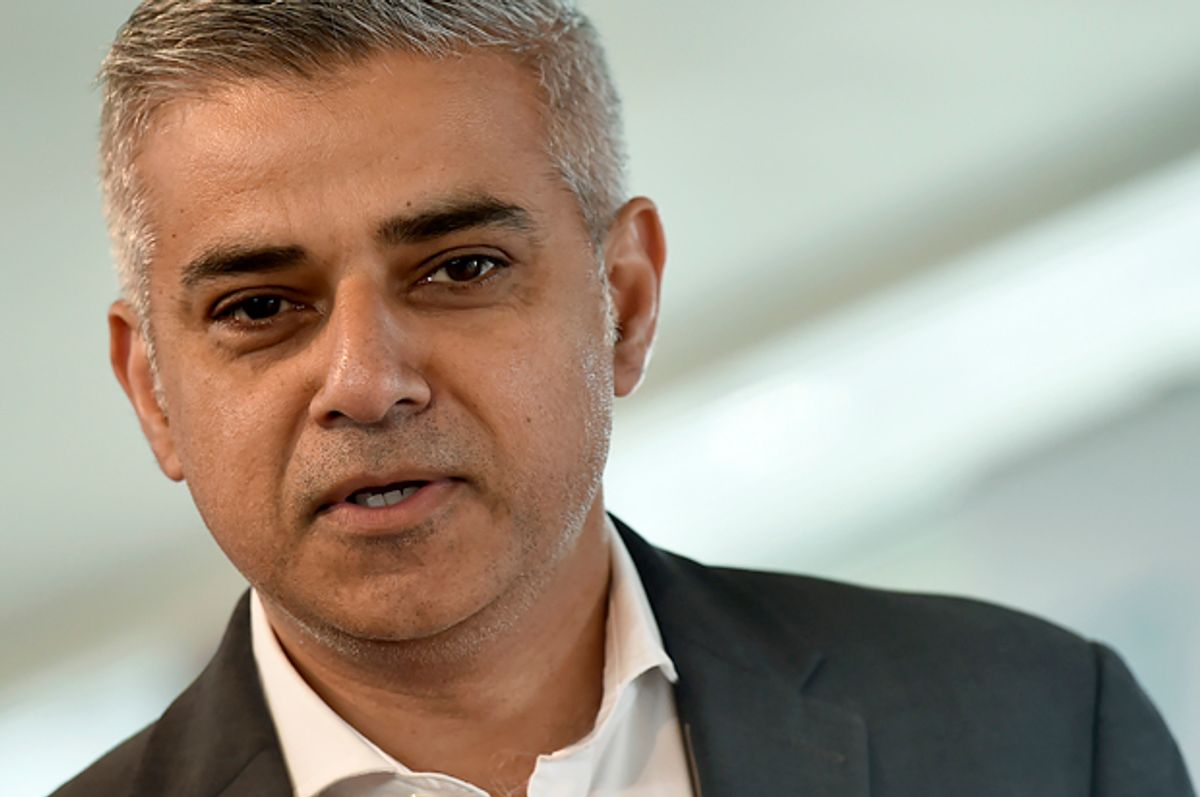 Today, people across Britain are voting in a string of local and regional elections in what's been dubbed "SuperThursday." Normally, this sort of thing wouldn't attract much interest beyond the borders of the UK. So it was somewhat surprising to see the Drudge Report leading its site on Thursday with a splash about one of those elections—the race to decide who will be the next mayor of London.

"Somewhat" is the key word there, because, as Drudge's headline made clear, the London election has been dominated above all by one thing. The headline read "FIRST MUSLIM MAYOR OF LONDONISTAN." British politics doesn't travel far, but Islamophobia? That's a different matter.

It's true: if the polls prove correct, London is about to elect a Muslim, Sadiq Khan, to be its next mayor, despite a campaign against him that has been so nakedly Islamophobic that it would make Donald Trump proud.

Khan is actually a fairly standard member of the Labour Party. He's kept the party's leftist leader, Jeremy Corbyn, at arm's length. His opponent, Zac Goldsmith, had developed a reputation as something of a maverick Tory, a passionate environmentalist who often caused trouble for his party leadership. So it surprised just about everyone when Goldsmith and his party began openly painting Khan as a friend of Islamic fundamentalists and tried to turn London's non-Muslim Asian communities against him.

In one attack, Goldsmith, along with Prime Minister David Cameron, condemned Khan for sharing a platform with Suliman Gani, an imam in Khan's constituency who Cameron claimed "supports" ISIS. It turned out that Gani supports the Tories and has met with many Conservative politicians, including Goldsmith, but no matter. Cameron escalated his feverish attacks on Khan week after week.

Goldsmith also sent leaflets to Tamil and Hindu communities, warning them that Khan would tax their jewelry and other family possessions. Many who received these letters reacted to them with revulsion.

In perhaps the culmination of his smear campaign, Goldsmith wrote a piece for the Daily Mail attacking Khan's abilities to defend the city's safety. "If Labour wins on Thursday, we will have handed control of the Met, and with it control over national counter-terrorism policy, to a party whose candidate and current leadership have, whether intentionally or not, repeatedly legitimised those with extremist views," he wrote. The Mail helpfully included a picture of the 7/7 terrorist attacks along with the article.

Many Conservatives have pronounced themselves disgusted by the campaign. Columnist Peter Oborne called it "the most repulsive I have ever seen as a political reporter." Former Tory candidate Shazia Awan said that it reminded her of the days of Enoch Powell, who notoriously warned in 1968 that immigration to the UK would bring "rivers of blood" with it.

Fortunately, the assault appears not to have worked. If Khan is elected, he will not only be London's first Muslim mayor. He will also have by far the biggest personal mandate any Muslim has ever received in Britain, and possibly in a huge swath of the Western world. There could be no more fitting rebuke to the poison his rivals have attempted to stir up. It will also be a lovely little rebuke to the Donald Trumps and Drudges and Bill Mahers of the world, who have all-but-openly declared that Muslims cannot be a legitimate part of modern democratic society. Hopefully, American voters in November will reject that point of view just as decisively.