Trump: If Hillary wants to take the low road, he "would be fine with that" — after all, he knows it well 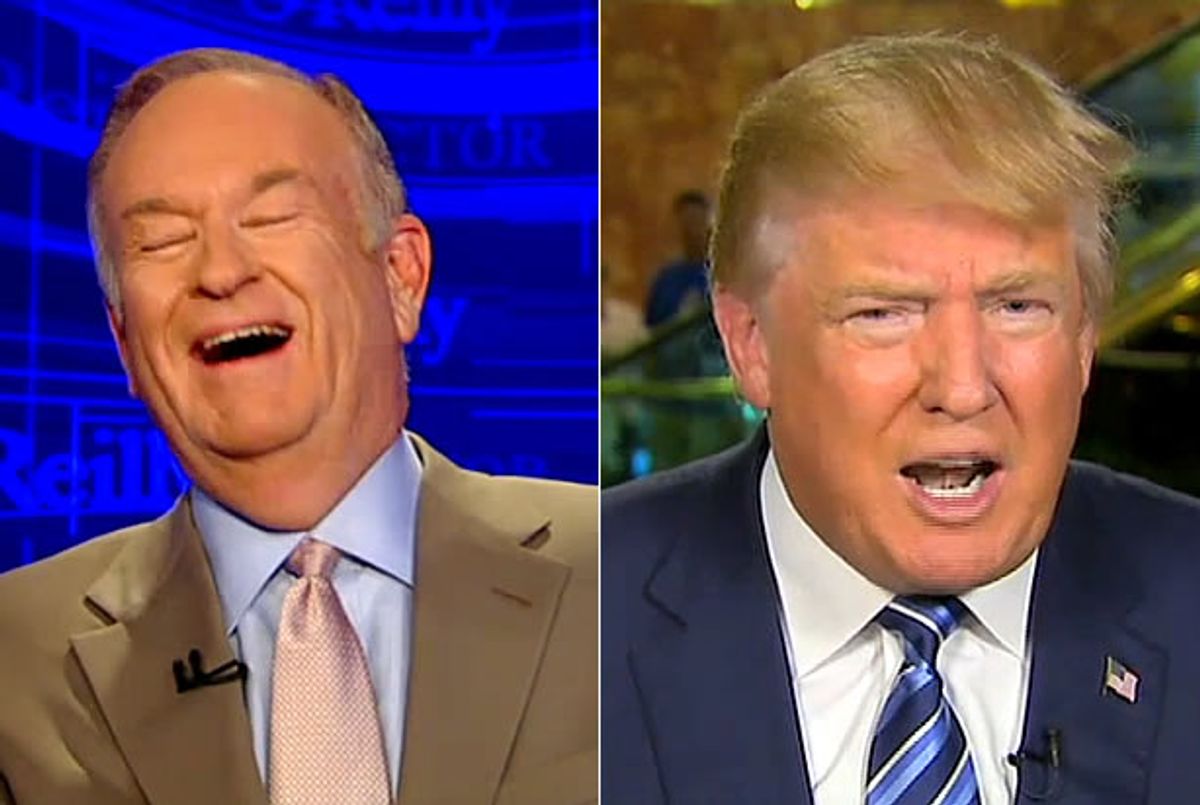 On The O'Reilly Factor Wednesday night, host Bill O'Reilly asked Donald Trump two very important questions -- the first was whether he'd follow Taylor Swift and acquire himself a "squad" of failed former GOP candidates to fill up his cabinet, and the second was what sort of tone he thought he'd take in the general election.

Trump answered the first by saying that it wouldn't be a mistake to go into the Republican National Convention in Cleveland with a "squad" -- Rudy Giuliani as Homeland Security director, Ben Carson in charge of Health and Human Services, etc. -- and the second by saying that he would follow whichever road presumptive Democratic nominee Hillary Clinton decided to take in the general election.

"It depends on where she's coming from," he said. "If she wants to go the low road, I'm fine with that."

"If she wants to go the high road -- which probably I would prefer -- I would be fine with that," Trump added, noting that if she wanted to hash it out on the low road, he'd "probably" win, given the experience he gained walking it during the GOP nomination process.