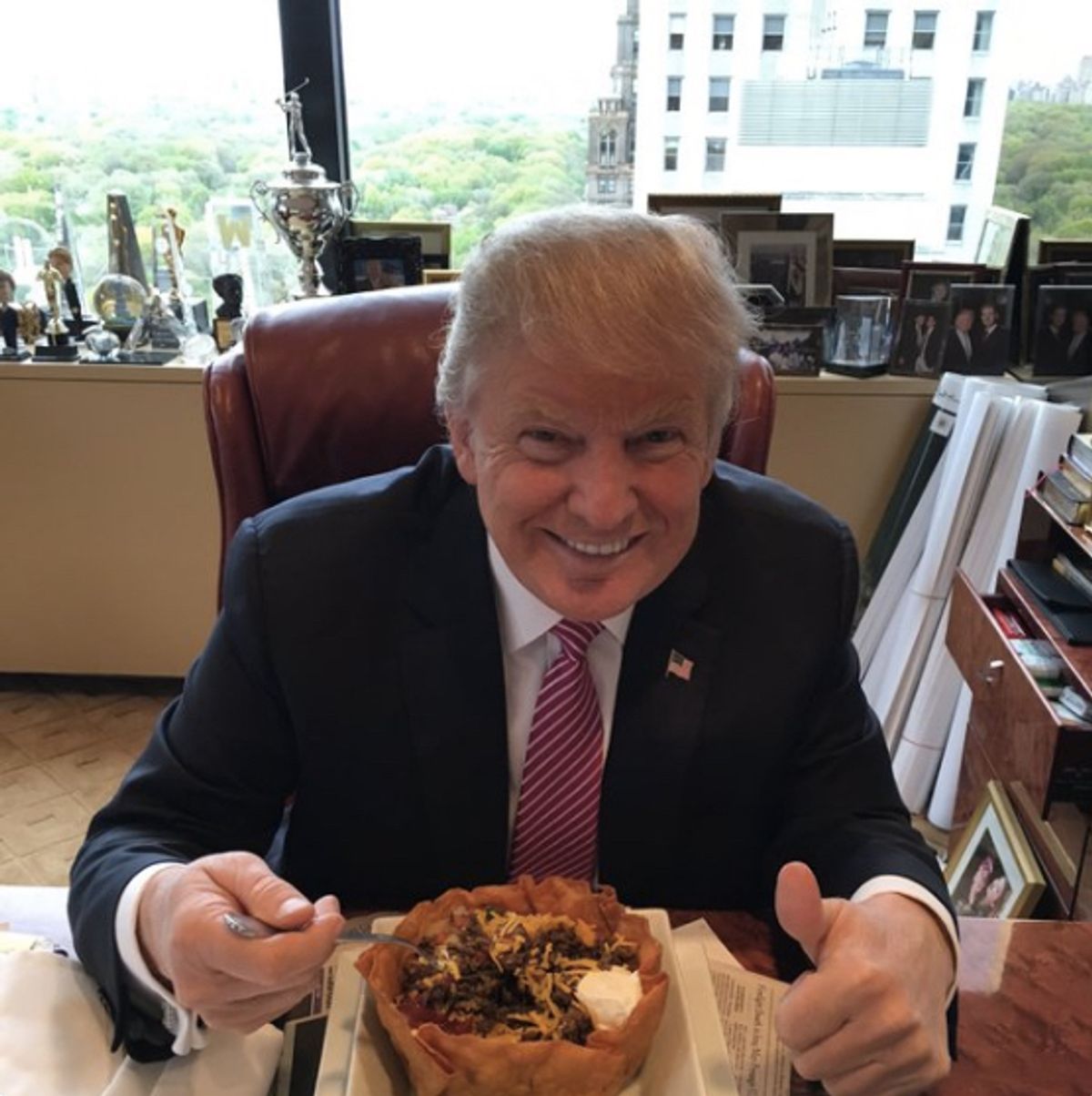 As if it isn't bad enough for Mexican-Americans that the man who denounced all recent immigrants into the U.S. from their homeland as "rapists" and "criminals" clinched the Republican Party's presidential nomination the week they commemorate Mexican resistance to foreign intervention, Donald Trump celebrated the occasion with a wholly patronizing tweet that included the hollow claim, "I love Hispanics," and a cheesy plug for one of his business ventures:

Perhaps the worst part of Trump's tweet (after realizing we'll be subjected to these for at least the next six months) was watching the reaction it drew from some in the media. Instead of reactions of horror that the "presumptive" presidential of one of America's two major political parties is using the term Hispanics as a stand-in for peoples from any Latin American country, reporters scrambled to fact-check Trump's take on where exactly the best taco bowls are made.

Setting aside Trump's dubious claim that he loves Hispanics (and the fact the feeling is not mutual), there are a few problems with Trump's tweet.

For one, it does not seem like the Trump Tower Grill actually serves taco bowls. But the Trump Café does serve them as beef tacos. We can assume that's what he meant.

Unfortunately forKaczynski, the team at ThinkProgress blew a hole in his theory:

Independent Journal Review's Benny Johnson did a close examination of Trump's tweet to discover this relevant bit of information:

It's been a long and exhausting campaign cycle, and the real bit is only about to begin....