Captain America’s a douchey libertarian now: Why did Marvel have to ruin Steve Rogers?

Steve Rogers is an icon of liberal patriotism, and his newest movie turns him into an Ayn Rand acolyte 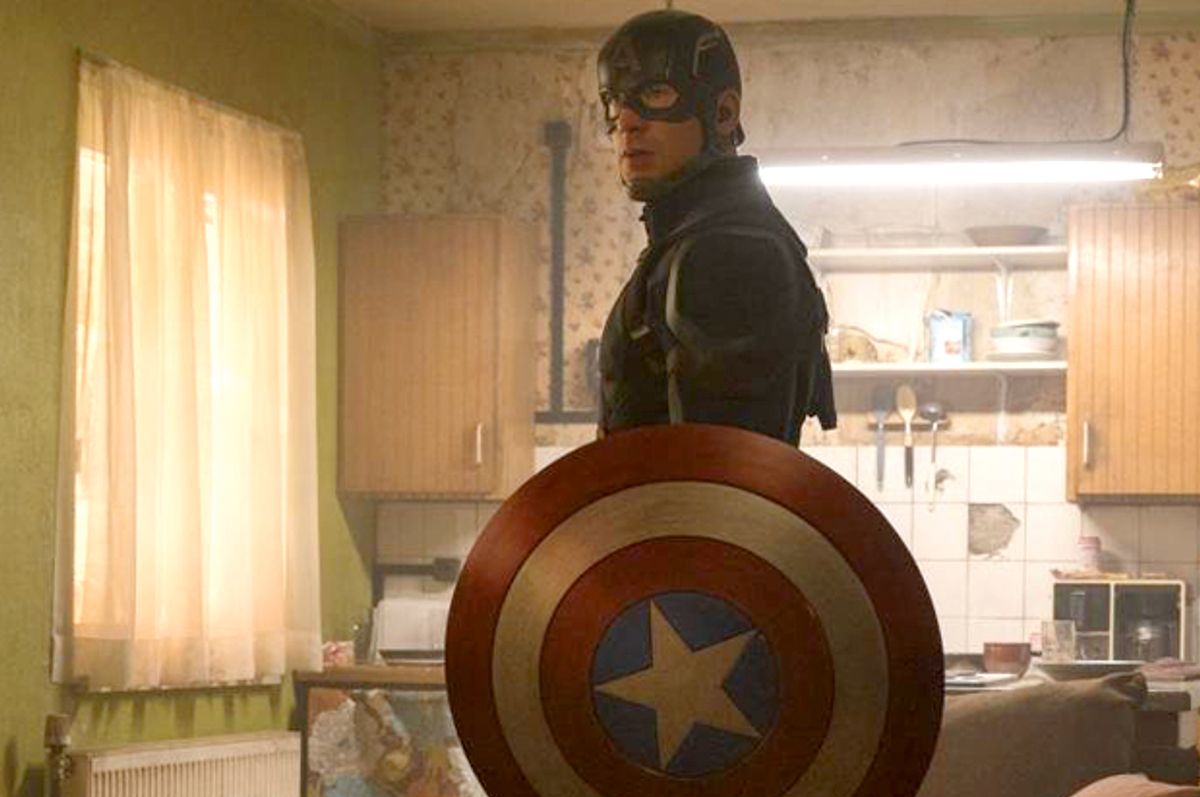 The Captain America movies have been the crown jewels of the robust Marvel cinematic universe for a lot of reasons — great casting, fun action, and a strong sense of genre — but for me, one of the most satisfying aspects is how much the movies really get Steve Rogers, aka Captain America.

Most corporate blockbuster movies would cave into the temptation to make the character some kind of generic, apolitical "patriot," abandoning the comic tradition that has painted him as a New Deal Democrat standing up consistently for liberal values. Instead, in both the first movie and in "Captain America: Winter Soldier," we get Steve the liberal: Anti-racist, anti-sexist, valuing transparency in government and his belief that we the people should hold power instead of some unaccountable tyrants who believe might makes right.

Which is why I was sorely disappointed that the latest installment of the Marvel cinematic universe, "Captain America: Civil War," decided that, for no reason whatsoever, Steve is now a guy who believe it's cool to belong to a secretive paramilitary that rejects oversight and accountability to the public. Because while we all know and love them as the Avengers, hero squad, the brutal truth, which the movie does admit, is that is exactly what they are: A mercenary group who has resisted even the most basic oversight from democratic governments, oversight that would allow the people that the Avengers are supposed to be protecting some say in what this militaristic police force is allowed to do.

Don't get me wrong. I loved most of "Civil War". Steve going on the run to save his friend Bucky, who he believes is being unfairly framed, is great and believable stuff. Tony Stark going after him, assuming that Steve's blinded by loyalty to his friend, is also believable. The action was some of the best ever in a Marvel movie (up there with "Winter Soldier," which the Russo brothers also directed) and the emotional beats hit hard. I may have gotten a little snuffly at times. Fun movie, and I would recommend it without hesitation.

But while it was a good movie, it would have been so much better if they'd just cut all that stuff about the Sokovia Accords, which was unnecessary, muddled and made Steve Rogers look like the bad guy for no reason whatsoever.

Quick recap: In "Civil War," the Avengers are facing growing international criticism for the way they handled the events in "The Avengers" and "Avengers: Age of Ultron". Many people are arguing that they  are operating without government oversight and innocent civilians are getting killed in the process. While it's true that those civilian casualties are not the fault of the Avengers — they were fighting off serious threats and unfortunately, in war, civilians get killed — there are nonetheless growing demands for some kind of accountability and oversight.

These issues aren't just about a silly comic book movie, which is why this is all so irritating. In the real world, right now, we are awash in arguments over accountability and oversight when it comes to both the police and the military. From the Black Lives Matter movement to questions over the military's drone program, our country is embroiled in debates over just these issues.

The liberal position, the one that the Steve Rogers of the past two movies would hold, is extremely clear: The police and the military are accountable to the public. If people die on your watch, there needs to be a hearing. The military's powers should be held in check. We sure as hell don't want a mercenary organization that answers to no one crossing international borders and fighting wars without any input from democratic systems of government.

The demands being made by various governments and the United Nations in "Civil War" are more than reasonable. They want the Avengers to stop being a privately run paramilitary organization that answers to no one. They want them to sign a treaty agreeing to transparency and some government oversight. This is common sense and what we would expect the standard liberal position to be in a world where superheroes exist.

More importantly, for consistency's sake, this exactly the position that Steve Rogers has expressed before. In "Winter Soldier," the entire debate between Steve and Nick Fury, which is resolved firmly on Steve's side, is over how much power military forces should have without democratic oversight. Nick argues that SHIELD, a fictional international organization that is basically the world's police, should have broad powers to spy on citizens and take unilateral military action in secret. Steve disagrees,  pointing out that he fought in WWII specifically because he opposes strong-handed, dictatorial powers of that nature. In the end, Steve wins, dumping all of SHIELD's secrets onto the internet and turning the power over to the people.

But now, in this movie, Steve is singing a different tune. He seems to believe that because he knows the Avengers mean well, that's good enough. He doesn't want to have justify his behavior or include democratic governments in the decision-making process.

But this is exactly the position he was arguing against in "Winter Soldier". When Nick Fury tries to hide behind the "we know we mean well, so we don't need oversight" argument, Steve wisely argues that it's not enough. Unchecked power is bad, no matter who has it, because, of course, once the system is set up, it can fall into the wrong hands. (Which is exactly what happens in "Winter Soldier.")

It's hard to believe that the guy who, in his last movie, saw how right he was about the dangers of unchecked power, would be the guy arguing for unchecked power in this. No real explanation is offered for his change of heart. No one points out that he's a hypocrite. On the contrary, it seems like the filmmakers don't realize that this is an inconsistency.

The worst part is that there was no need for any of this. The Sokovia Accords plot could have been lifted right out of the movie and it wouldn't have changed the plot much, if at all. On the contrary, it would have simplified the plot a little, making it a story about Steve protecting a wrongly accused man from facing execution without trial (which is very much in line with the liberalism of the character). Instead, we have this distracting plot where Steve suddenly turns from a level-headed liberal to a Ayn Randian libertarian douchebag who throws tantrums because he has to do grown-up stuff like share power instead of make unilateral decisions for other people. It was a betrayal of the character and made the movie less fun than it should have been.