Donald Trump suddenly turns on Joe Scarborough: "Not much power or insight!"

After the "Morning Joe" host announced he wouldn't vote for Trump, his favorite guest took to Twitter to lash out 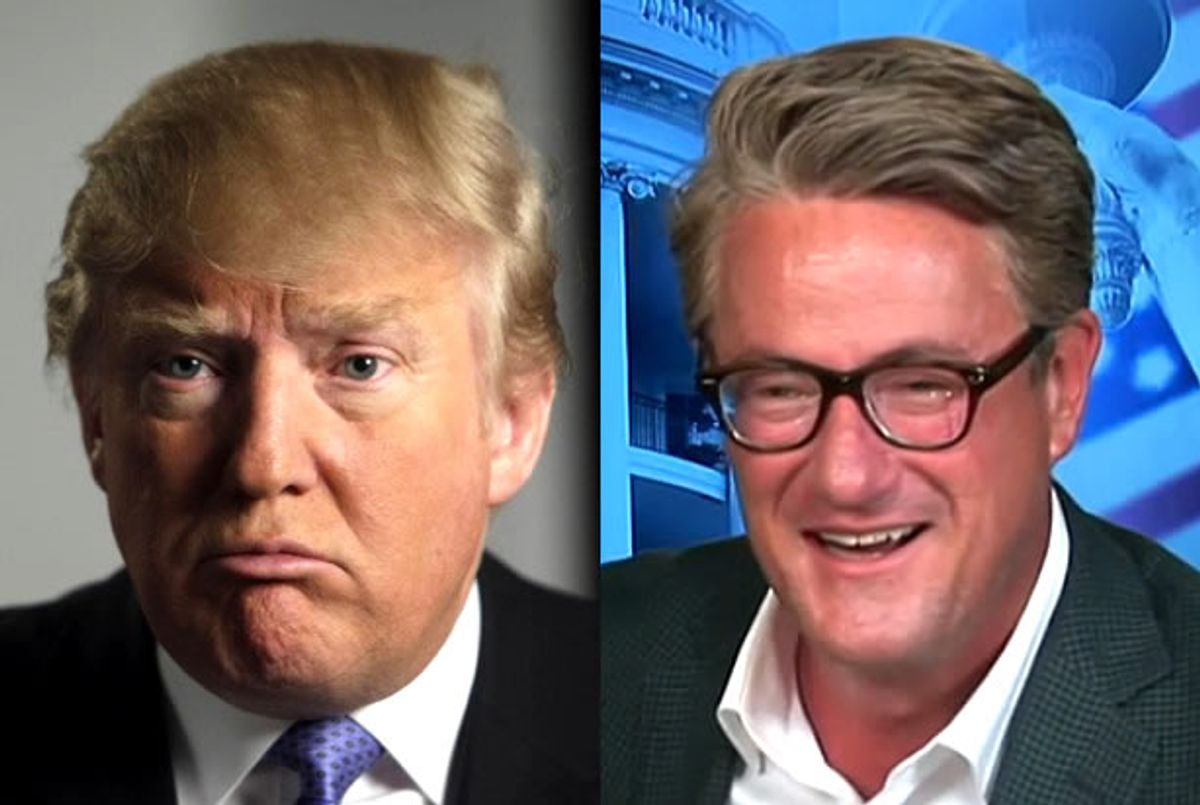 Unfortunately, it doesn't look like we'll be able to get rid of "Morning Joe" anytime soon. Despite he's most shameless attempts, host Joe Scarborough does not appear likely to be Donald Trump's vice presidential pick.

Much has been written about the more uncomfortably cozy relationship between the MSNBC host and the "presumptive" Republican presidential nominee, on-air and off.

“Mika and I certainly understand you’re really angry, because we called this first,” Scarborough smugly stated in March, running a montage of his past vaguely prescient remarks lauding the former reality TV star's political skills.

“We saw it coming,” his co-host Mika Brezenski recently echoed. “We got it right.”

“Everybody else was stupid, and they were wrong every single day. We were right,” Scarborough, the fleece aficionado,  asserted.

But after it had become absolutely evident that Trump would, in fact, be the Republican presidential nominee, after his last remaining rivals lost in Indiana on Tuesday, Scarborough took on a more reserved tone about Trump's impending candidacy.

“I was surprised and disappointed yesterday, [that] he stuck by the Muslim ban,” Scarborough said on MSNBC Thursday. “That’s a loser — it’s a loser with the majority of Americans, and you’ve got Republicans like me. I just — I’m not going to vote for him.”

This pledge to suddenly abandon his preferred presidential candidate coming the same morning guest and Hollywood director Rob Reiner chewed out the entire "Morning Joe" crew for failing to hold Trump accountable during their fawning coverage.

“We have to ask those tough second, third and fourth tier questions,” the comedian insisted of the hosts, pointing out that that their three hour political gabfest is “a talk show” and “not hard news."

“The show part of it is getting bigger and bigger — where show business and news have blurred,” Reiner argued.

Scarborough wasted little time tweeting out a frantic defense of his show: