I was wrong about millennials: I'm so sorry I believed the lazy — and wrong — media stereotypes

We've been maligning a hard-working and passionate group of people for too long. I've done it too, but never again 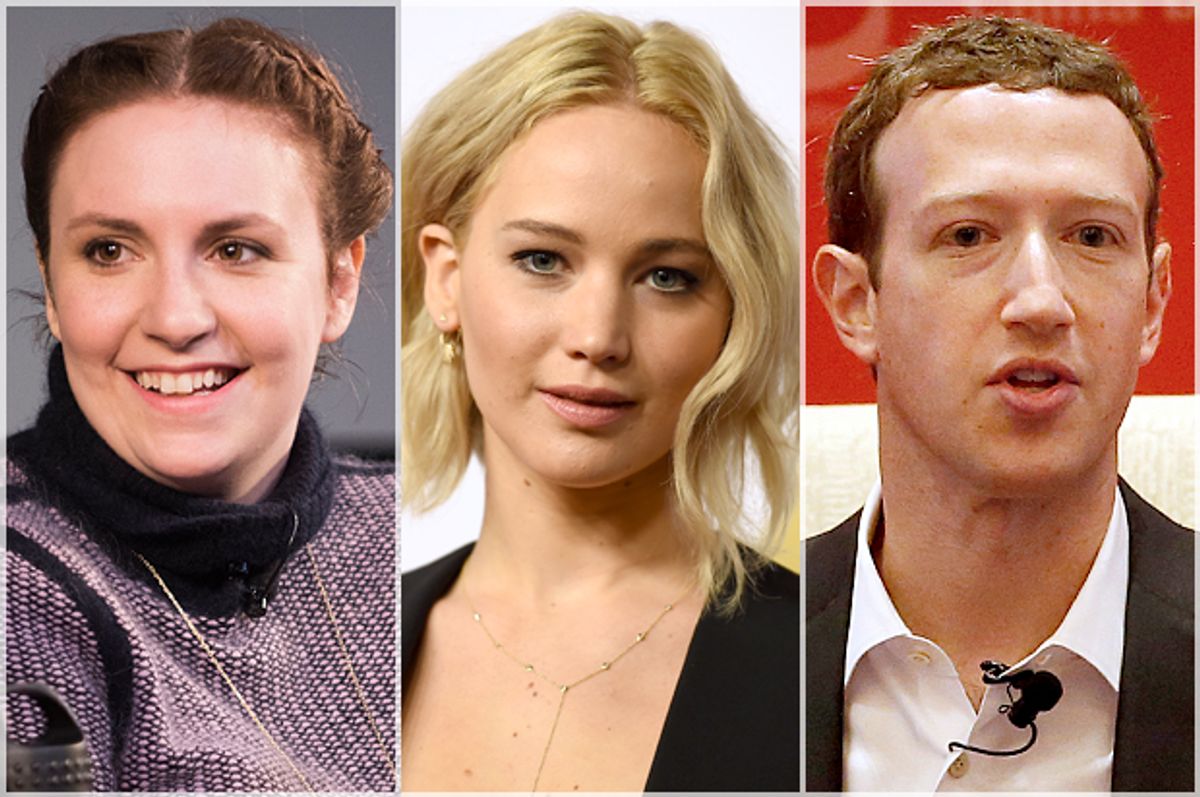 Just want to say a quick sorry. Seriously, a real apology, to all the millennials whose feelings I might have hurt by making the villain of my recent novel, "The Knockoff," a caricature of the misguided millennial stereotype.

Every generation has its scapegoats. Generation X had its slackers, those scruffy but strangely sexy characters of "Reality Bites." Boomers had their hippies and the “Me generation.” Every generation contains top-notch thinkers and doers and creators while simultaneously housing dullards, dimwits and jerks. It’s absurd to ascribe personality traits to an entire generation, but with the label of millennial that is exactly what we have done.

When we think of millennials we think of a homogenous collection rather than a nuanced assemblage of different groups. For this reason, we’ve managed to disparage millions of individuals, loosely born between the years of 1980 and 2000 (the age range varies; the span of age for millennials is so wide that millennials can actually have millennial babies) as selfish and entitled. We censoriously call these people “children,” even though most of them are legal adults.

An article in Time magazine claimed “seventy-one percent of American adults think of 18- to 29-year-olds — millennials, basically — as ‘selfish,’ and 65% of us think of them as ‘entitled.’” Time cited data from a Reason-Rupe poll.

Less than a year ago I was at a conference of travel marketers. An entire presentation was dedicated to calling out the so-called millennials as being selfish, lazy and unwilling to spend money. Wait, what? Then why are all of you trying so desperately to capture their brand loyalty.

I’ve had colleagues brush off all brash and inappropriate behavior by employees under the age of 30. “They’re just millennials. What can we do?”

We need to stop using "millennial" as a catch-all.

"The Knockoff" was a nuanced satire of the tech domination of the media industry that caricatured some very specific individuals who happened to fall into what we would classify as a millennial. It also contained characters who were aged 25, but were kind and caring, entrepreneurial, respectful and selfless.

I’ve received so much fan mail from millennial women who tell me they loved the book, but they wanted to know one thing: Do I really think their entire generation is evil? Do I think they’re all like Eve?

No! For starters, I am 35, which makes me millennial-ish. And the truth is that some of the most hard-working people I know fall into the so-called millennial category.

Fareed Zakaria made a similar statement for The Atlantic last year, saying, “In the time I have spent on college campuses, I have found students to be thoughtful, interesting, and stimulating. The Harvard psychology professor Steven Pinker, who has spent much more time teaching college students, has written in the same vein.”

The so-called millennial generation comes in all shapes, sizes and personality types, with various drives and passions. They are likely a little quicker with new technology than the generation that came before them, but not always. I've met plenty of millennials who completely shun social media as an invasion of their privacy.

One of the most evil (and, frankly, most fun) fictional characters I’ve written was this so-called millennial archetype Eve —an upwardly mobile twenty-something Harvard Business School graduate who sets out to displace her forty-something boss Imogen Tate when their print magazine becomes an app.

In hindsight, even I went too far in using the term millennial as a catch-all. I wrote that “Millennials, their new target demographic, lived in a tough world. They came of age in the shadow of 9/11. The job market was dismal when they graduated from college and even worse when they came out of grad school. They wanted to consume content that was funny and optimistic and demanded a maximum investment of two minutes. They didn’t languidly browse through magazines for hours. They swiped, they liked, they tapped, they shared. Most important, they didn’t care if content was branded as long as it made them LOL.”

Our protagonist, Imogen Tate, even posts complaints about her new junior employer on a message board called TechBitch, which receives regular complaints like the ones below:

“My boss talks to me while she pees.”

“Our CMO goes around the office braiding everyone’s hair whether they like it or not.”

“My twenty-six-year-old CEO rolls her eyes every time I tell her I have to leave early (at seven!) to have dinner with my kids.”

“My boss doesn’t know who Duran Duran is.”

“Make sure to tell your millennial employees they are great…every single day.”

Making Eve a selfish and entitled brat and labeling her a millennial was an easy way to capitalize on our society’s generalization of an entire generation. It was too easy and I’m sorry.

When I was the managing editor of Yahoo Travel, one of my junior editors didn’t know who Duran Duran was either. I took great pleasure in explaining to her the central differences between Simon LeBon and John Taylor. She was also one of the hardest-working individuals I know. She arrived to work earlier than the rest of us and left later. She graciously taught me to use Snapchat. And she was a millennial.

Show me a millennial who is lazy and selfish and I'll show you one who works 14-hour days in an effort to make a real difference in the world.

Four years ago I was introduced to a young woman named Katlyn Grasso who was then in college at the University of Pennsylvania. She politely and dutifully asked my advice on building a network of strong, supportive, entrepreneurial women. She has since become the founder and CEO of GenHERation, a female empowerment network for high school girls. She was awarded grants from the University of Pennsylvania and from NBCUniversal for her leadership series and she’d been featured on numerous young-women-to-watch lists.

Katlyn is a millennial.

On the flip side, a second young woman recently asked me to meet for coffee. She'd quit her job because her boss "didn't get her." She thought about training to be a yoga instructor but she didn’t like getting up early in the morning. "Can you tell me what to do with my life?" she asked me next, as though I were a Buddha and by rubbing my belly she’d receive all of life’s answers.

This young lady was a millennial too.

They come in all shapes and sizes. Jo Piazza is an award-winning journalist and editor. She has written for The Wall Street Journal, Elle, Glamour, The New York Times, New York magazine, Marie Claire and Redbook. She is the author of Celebrity, Inc.: How Famous People Make Money and a novel, Love Rehab: A Novel in 12 Steps and If Nuns Ruled the World: Ten Sisters on a Mission. Most recently, she is the co-author, with Lucy Sykes, of The Knockoff, just out in paperback from Anchor. She lives in San Francisco with her husband and giant dog.